The French President, 42, admitted the error hours after it emerged he was ill – prompting a Europe-wide bid to trace others he may have infected. There were also claims Mr Macron had broken his government’s guidelines over only six people being allowed to sit down to a meal.

Mr Macron was forced to isolate for a week and his wife Brigitte, 67, is self-isolating.

It comes after a frantic week during which he was pictured shaking hands and embracing Organisation for Economic Co-operation and Development chief Angel Gurria, 70. 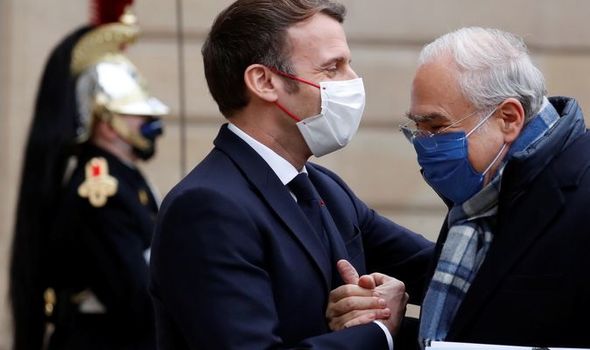 French Prime Minister Jean Castex is also self-isolating after coming into contact with his boss, as are party leaders who had lunch with Mr Macron on Tuesday.

Meanwhile Boris Johnson, who recovered from the virus earlier this year, tweeted get-well wishes to Mr Macron in English and French.