The rescue deal, reached following long discussions, came after Italian premier Giuseppe Conte warned the entire European Union project could fail if it did not act. EU ministers rejected a demand from France and Italy to spread the crisis cost by issuing “coronabonds” and the final package is smaller than up to £1.3trillion sought by the European Central Bank. Italy and Spain accused northern nations, led by Germany and the Netherlands, of not doing enough.

But French finance minister Bruno Le Maire said the deal was the most important economic plan in EU history and Europe was “ready to meet the gravity of the crisis”. The European Stability Mechanism, the EU’s bailout fund, will put up more than £210billion to guarantee spending by indebted countries.

Other measures include more than £175billion in guarantees from the European Investment Bank and a European Commission plan for short-time working schemes.

Ministers were close to a deal on Wednesday, but talks broke down amid a dispute between Italy and the Netherlands over how to apply the recovery fund.

European Parliament president David Sassoli declared: “Our faith in Europe has proven correct!” after the deal was announced. 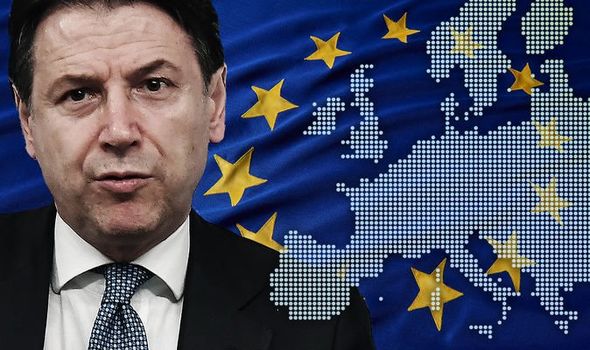 Meanwhile there were signs of the virus slowing in Europe. Spain, with Europe’s highest number of confirmed cases, 152,446, announced it was close to passing the worst of its outbreak.

But in more gloomy news, International Monetary Fund chief Kristalina Georgieva warned the world was facing the worst economic crisis since the Great Depression of the 1930s.

She said the coronavirus pandemic would turn economic growth “sharply negative” this year and predicted that 2021 would see only a partial recovery.

A United Nations study said 81 per cent of the world’s 3.3 billion workforce saw their employment fully or partly closed and Oxfam warned half the world’s population could be left in poverty by the time the pandemic ended.