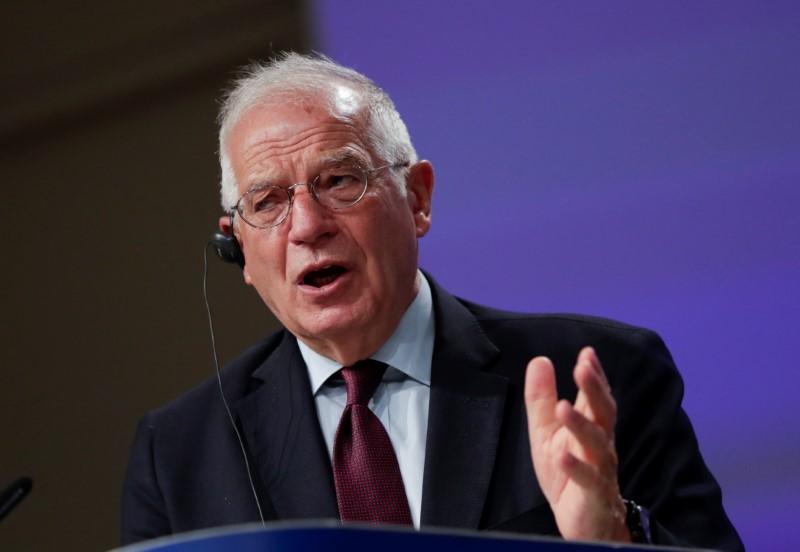 BRUSSELS (Reuters) – The European Union is “shocked and appalled” by the death of black American George Floyd in police custody, the bloc’s top diplomat said on Tuesday, calling it “an abuse of power” and warning against further excessive use of force.

“Like the people of the United States, we are shocked and appalled by the death of George Floyd … all societies must remain vigilant against the excessive use of force,” Josep Borrell, the EU’s foreign policy chief, told reporters.

Borrell called Floyd’s death a “very, very unhappy” one and said it showed “an abuse of power” by law enforcement. “We condemn racism of any kind … we trust in the ability of the Americans to come together, to heal as a nation”.

The arrest of Floyd, 46, was captured by an onlooker’s cellphone video that went viral and showed a police officer restraining him while pressing his knee on Floyd’s neck as he moaned: “Please, I can’t breathe.”

His death caused more outrage across the United States on the treatment of African-Americans by police officers, polarizing the country politically and racially in the middle of a presidential campaign and as states begin to ease lockdowns imposed during the COVID-19 pandemic.