City University Food Policy Professor and author Tim Lang explained the European Union could see some member states food industry struggle post coronavirus. During an interview with Express.co.uk, Professor Lang explained Europe’s over-reliance on migrant labour could prove problematic as travel between nations is expected to change post-crisis. He added countries that do feed themselves are in a better position than those that import much of their food.

Professor Lang said: “For the most part, France feeds itself and the Netherlands feeds itself.

“Britain does not feed itself, unlike Spain and Italy feed themselves.

“Those countries I have mentioned will recover but they all depend upon migrant labour.

“The entire European food model has been based upon very quick flows of migrant labour.” 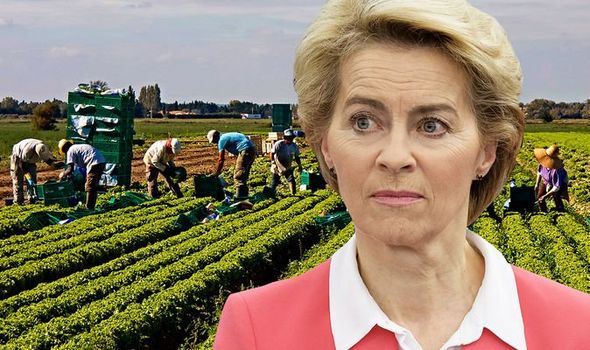 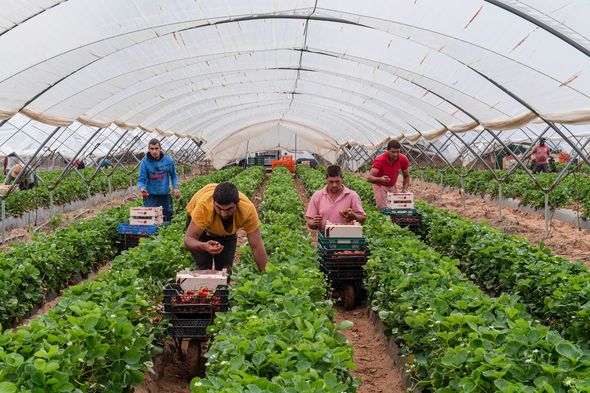 Professor Lang also explained what locations those in the food labour industry come from and how it will be impacted post-crisis.

He said: “This is mostly labour from east to west and also from northern Africa to southern Europe for picking in Spain, Italy and Greece.”

Professor Lang also claimed the European Union had a responsibility to ensure all food industry issues are resolved. 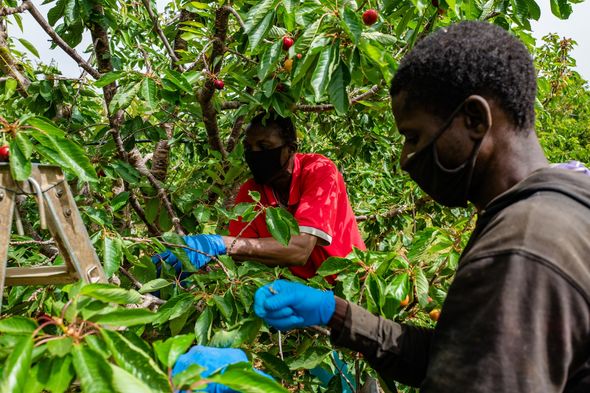 “They were posing barriers and putting up borders to stop migrants, adding delays to wagons etc.

“But the EU kicked in and demanded fast access and fast flows for food.

“This is because whatever we all think about the European Union, the EU does not have any powers over health but it does have powers over food.

“Health is a national responsibility and the EU’s coordinating function on food has kicked, belatedly. 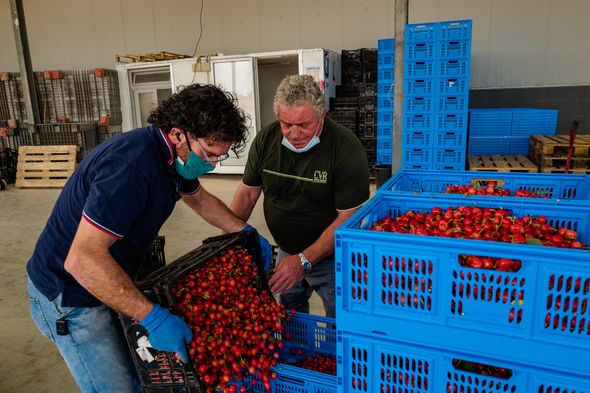 “There were great concerns for that initially.”

Professor Lang also insisted that Britain would need to reassess the structure of its food industry as the nation cuts ties with the European Union.

He said after years of membership to the bloc, the country would need to refocus how quickly it gets food from abroad and where it gets its labour from.