Ursula von der Leyen called to ‘step down’ by MEP

European Commission President Ursula von der Leyen announced the bloc’s new plan to issue Digital Green Passes to citizens. The passes will also show test results for those not yet inoculated, as well as information on recovery for people who have had Covid. Ms von der Leyen added the pass aims to “respect data protection, security and privacy” and further proposals will be set out this month.

But former MEP Martin Daubney mocked the EU for appearing to use a method similar to the UK’s own Covid passport proposals.

He wrote on Twitter: “And here comes the EU’s Covid passport… with total predictability!”

He had responded to a post from Ms von der Leyen that explained the Digital Green Pass would be a way to help citizens move around the block “safely”.

She wrote on Twitter: “We’ll present this month a legislative proposal for a Digital Green Pass. The aim is to provide: 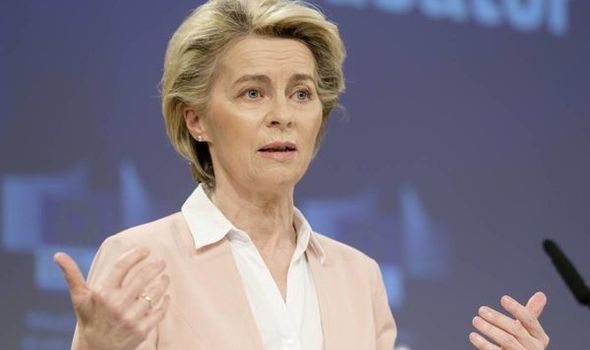 “Proof that a person has been vaccinated, results of tests for those who couldn’t get a vaccine yet, information on Covid recovery.

“The aim is to gradually enable them to move safely in the European Union or abroad – for work or tourism.” 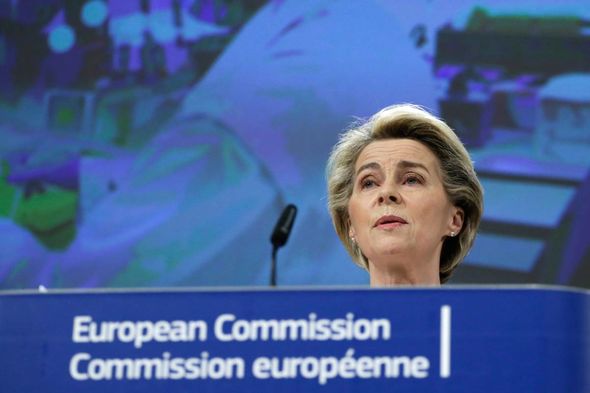 This was after European countries including Spain and Greece pushed for ways to unlock tourism this summer.

It comes as Prime Minister Boris Johnson has also said that when more is known about the impact of vaccines, the UK could introduce a system to allow people who have been vaccinated to travel more freely abroad.

He outlined proposals for vaccine passports as part of his roadmap to ease the UK out of its third lockdown. 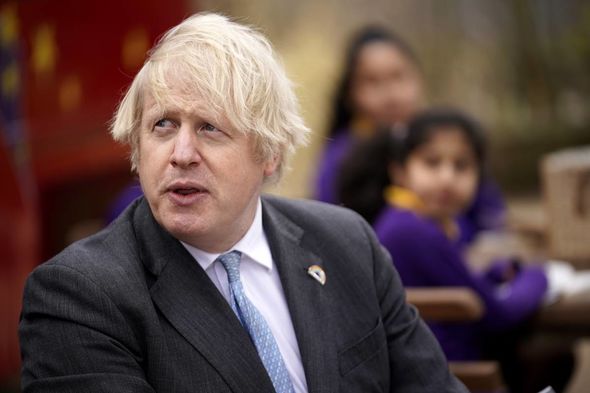 Speaking during a visit to a south London school last week, Mr Johnson added the UK had “never thought in terms of having something that you have to show to go to a pub or a theatre”.

But he also warned there were “ethical issues” about the role of Government “in mandating… or banning people from doing such a thing”.

He added: “We can’t be discriminatory against people who can’t have the vaccine, there might be a medical reason, or some people may genuinely refuse to have one – I think that’s a mistake.”

Gavin Williamson, the education secretary, hinted he would accept having to use a vaccine passport to be allowed back to cinemas, theatres and restaurants. 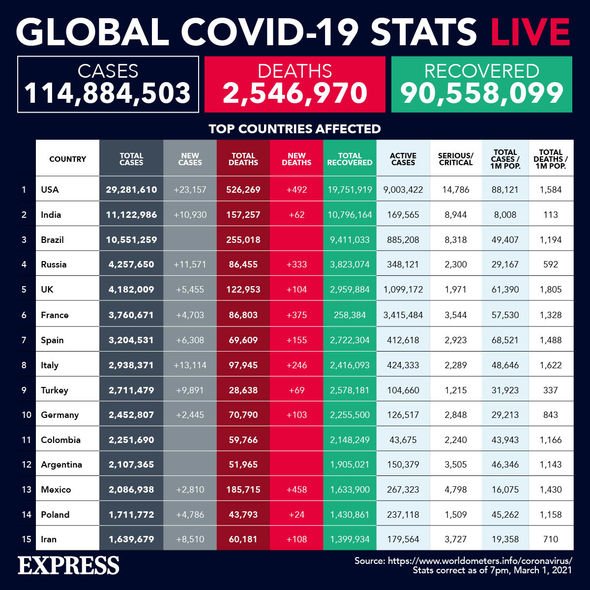 He told LBC: “I think I would probably do pretty much sort of anything to be able to enjoy all those lovely things.

“I think the idea of going to a restaurant with your family or going to the theatre is something we all really want to see.

“Michael Gove is being charged with actually looking at this.

“There are many challenges with this and it’s really important to look right across the spectrum, at both the benefits it would bring but also some of the challenges it could bring.” 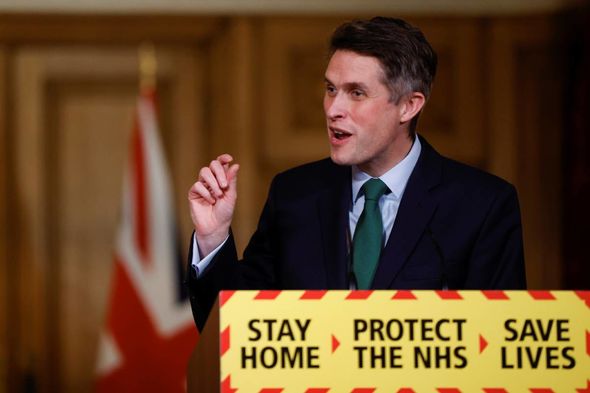 Mr Johnson’s official spokesman said an international consensus needed to be built first to work out how to allow more foreign travel.

He said: “We have said that we are looking at the issue of vaccine passports.

“As you can expect, DfT will work [with] and do speak to countries across the world in terms of how they may look to introduce passports.”