Italy has experienced a huge jump in support for Euroscepticism in the polls, with the latest figures putting combined support for anti-EU political parties at 40 percent. This comes after Italy was plunged into yet another political crisis following the collapse of the government in Rome. The Italian President Sergio Mattarella has since tasked the unelected former European Central Bank chief Mario Draghi with leading an emergency technocratic government.

Former Italian Prime Minister Matteo Renzi caused the political crisis after pulling the support of his small but essential party Italia Viva over anger at the pandemic response and use of EU funds.

Speaking to Channel 4 News, Mr Reni defended his actions, saying: “This is not political chaos, it is political change and an unbelievable political opportunity.”

However, Channel 4 News reporter Fatima Manji pointed out the recent surge in anti-EU sentiment across Italy: “The EU isn’t popular in Italy right now, partly because of anger over the slow vaccine rollout.

“Italian voters, in the past, have repeatedly turned to Eurosceptic parties because they believe the EU has failed them.

“This move will be seen as you using a manufactured crisis to revive Italy-EU relations through the backdoor.” 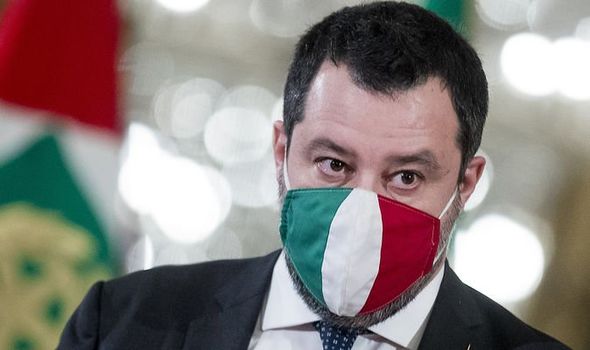 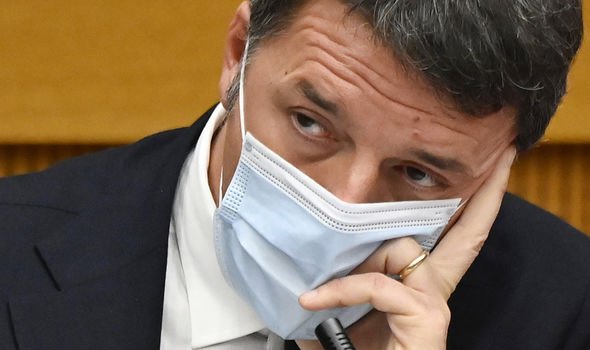 Mr Renzi said: “There are a lot of eurosceptics in the polls, I know, but it’s time to explain to our people that Europe saved us with this funding.

“They have given us 209 billion euros – that is more than the Marshall Plan after the World War Two.”

However, even the pro-EU former leader admitted that Brussels had “got it wrong” on the vaccines.

He said: “That is the very bad thing from the European side.

“I’m pro-EU and I think Ursula von der Leyen did a very good job after the pandemic, but the vaccination campaign hasn’t worked.

“I think the Commission made some mistakes in the organisation of the campaign. In the vaccination, the results are not what we expected.”

Brexit: France or Italy will leave next says Charles-Henri Gallois 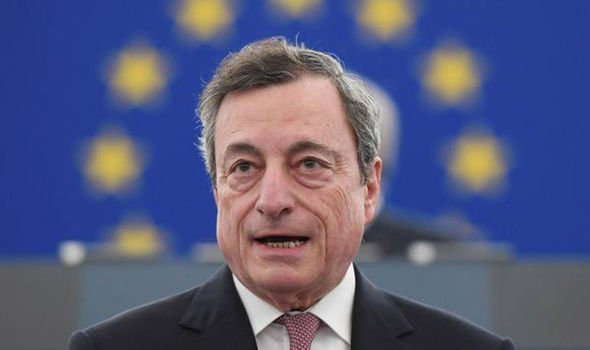 A recent Politico poll put support for Matteo Salvini’s Lega party leading the pack with 24 percent, while the far-right Brothers of Italy party had 16 percent support in third place.

However,  Mr Salvini refused to rule out supporting a Mario Draghi government, although he has also called for new elections.

One Lega source said the party would offer its support if it got a commitment from Mr Draghi to hold elections within a year. 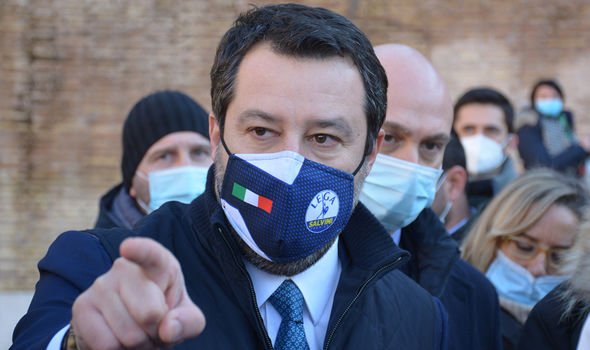 The acting leader of the populist Five Star Movement, a formerly anti-euro party that is the largest in the current parliament, announced that they would not back an unelected government led by the former ECB president.

Giorgia Meloni, leader of the rightwing Brothers of Italy party, also warned against a government “born in a laboratory”.

Italexit founder and senator Mr Paragone called on his colleagues in both houses to reject the proposal, adding: “This is the time to say Italexit.

“This is the moment we have to participate in the great Italexit project.”