Ex-Georgian president Saakashvili poised for another political comeback in Ukraine

KIEV (Reuters) – The former president of Georgia, Mikheil Saakashvili, said on Wednesday he had been invited to become deputy prime minister of Ukraine in charge of driving reforms, in what would mark another comeback for the maverick politician. 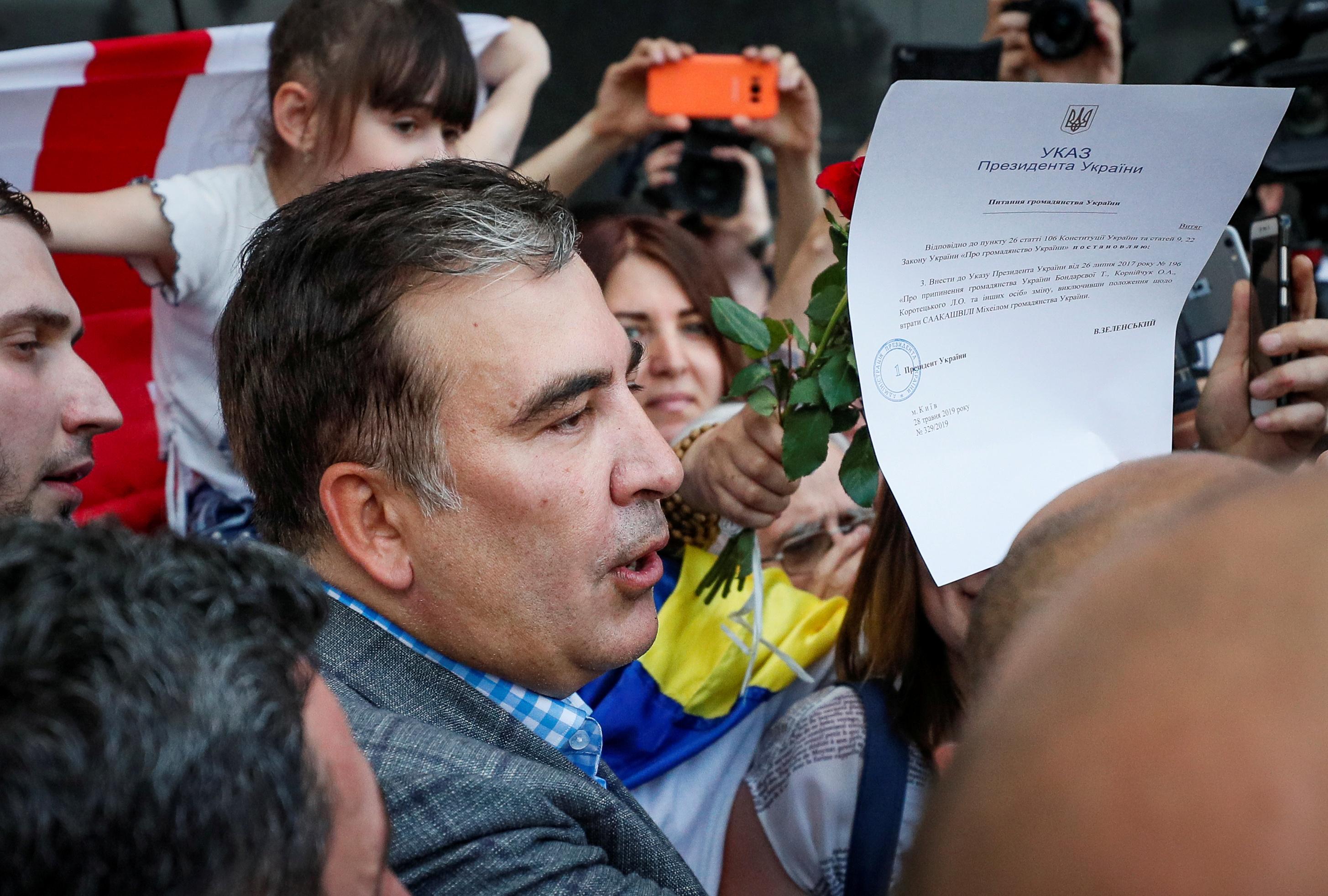 One of the most recognizable leaders in the post-Soviet world, Saakashvili was brought in to run the southern Odessa region of Ukraine in 2015 but fell out with the president at the time, Petro Poroshenko.

Saakashvili said he had been invited to join the government of the current president, Volodymyr Zelenskiy, whose candidacy he backed in last year’s election.

He will join at a time when Ukraine faces a recession caused by the coronavirus pandemic, and the government is trying to secure an $8 billion loan package from the International Monetary Fund that is contingent on Kiev’s reform performance.

“It is a great honour for me to receive from President Zelenskiy an offer to become deputy prime minister of the Ukrainian government for reform,” Saakashvili wrote on Facebook.

“We have a very difficult period ahead … we now have more than ever to be courageous in our decisions and reforms.”

David Arakhamia, the head of Zelenskiy’s Servant of the People faction, told Reuters that parliament could vote on Saakashvili’s appointment on Friday.

Arakhamia said Saakashvili was suited to a broad-ranging role in fighting corruption and that his abilities had not been properly used in Ukraine before.

Zelenskiy’s office said the president had met Saakashvili to discuss Saakashvili’s vision of how he might help Ukraine’s development.

“Mikheil Saakashvili is well known in the international arena and has already demonstrated experience of the successful implementation of reforms,” his office said.

Saakashvili had been hired to run Odessa five years ago based on his track record of fighting corruption as president of Georgia after the 2003 Rose Revolution.

He resigned as governor in 2016 and accused Poroshenko of corruption, which Poroshenko denied.

The Ukrainian authorities stripped Saakashvili of his citizenship when he was abroad, but he barged his way through a checkpoint at the Polish border to get back into Ukraine in September 2017. He was deported five months later.

Saakashvili returned to Ukraine last year after Zelenskiy restored his citizenship in one of his first official acts as president.

Alexander Rodnyansky, an economist at Britain’s Cambridge University and former adviser to the Ukrainian government, told Reuters Saakashvili’s arrival would be positive for reforms.

“I have always respected Georgia’s experience and the reforms that it has carried out, and I hope that this will not break any political balances,” he said.