MEXICO CITY (Reuters) – The former boss of Mexican state oil firm Pemex, Emilio Lozoya, told a court on Tuesday he was innocent of corruption charges and said he would denounce those responsible for his alleged crimes, in a case that could seriously embarrass Mexico’s previous rulers. 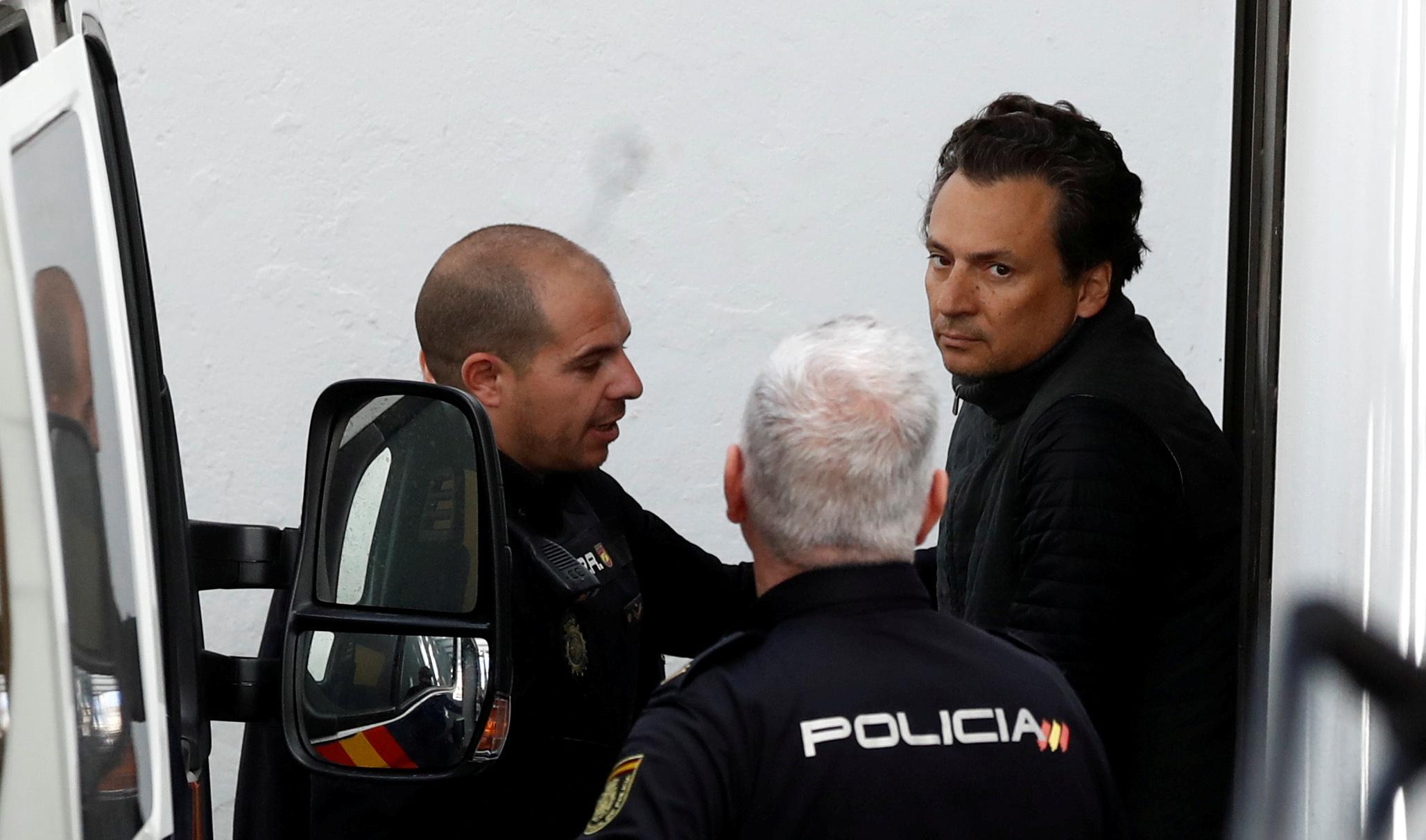 The trial of Lozoya is the highest-profile investigation so far in President Andres Manuel Lopez Obrador’s campaign to root out corruption in Mexico, which he has characterized as the biggest malaise plaguing the country.

The 45-year-old Lozoya, who was chief executive of Pemex – officially known as Petroleos Mexicanos – from 2012 to 2016 under former President Enrique Pena Nieto, attended an initial court hearing Tuesday and faces another on Wednesday.

Federal prosecutors accused him of authorizing outlays worth hundreds of millions of dollars on a broken-down fertilizer plant called Agronitrogenados that Pemex acquired from Altos Hornos de Mexico, a steelmaker he is alleged to have taken bribes from. The heads of Altos Hornos have denied wrongdoing.

Lozoya’s trial provides Lopez Obrador with a stage not just to show the corruption he says permeated rival administrations, but also to help explain the struggles faced by the massively indebted Pemex, which the president has vowed to revive.

During the hearing, prosecutors said the acquisition of the “obsolete” Agronitrogenados had blown a hole in Pemex’s accounts and ended up costing the firm millions of dollars.

Lozoya, who was one of Pena Nieto’s top aides, also stands accused of using illicit funds from his dealings with Altos Hornos de Mexico to buy a luxury property, and of having family members move money, including cash in Swiss bank accounts.

Due to the coronavirus pandemic, reporters could not attend the hearing, and judicial authorities informed the media of proceedings remotely.

Lozoya, who has denied wrongdoing, told the hearing he would prove he was not responsible for or guilty of the crimes ascribed to him, judicial authorities said.

Lozoya claimed to have been intimidated and “used” during the events under investigation, and vowed to “denounce” the authors of the crimes, the authorities added, without giving details.

Mexican media for weeks have speculated that Lozoya could inform against former colleagues in the last government in order to reduce any potential sentence.

A hearing into the Odebrecht case is due on Wednesday.

Lopez Obrador, who took office in December 2018, called the case a “watershed” moment in the fight against corruption.

“This trial will help a lot to discover how they did it, where the money came from,” he told a regular news conference.

Lawyers representing Lozoya, who was extradited from Spain earlier this month, have said he acted on Pena Nieto’s orders in his dealings as Pemex CEO. Pena Nieto has not been charged and has rejected any suggestion of wrongdoing.