WASHINGTON (Reuters) – U.S. government officials are concerned that dual U.S.-Mexico citizens may flee to the United States if the coronavirus outbreak in Mexico gets worse, putting more stress on U.S. hospitals, especially near the border, three officials familiar with the matter said. 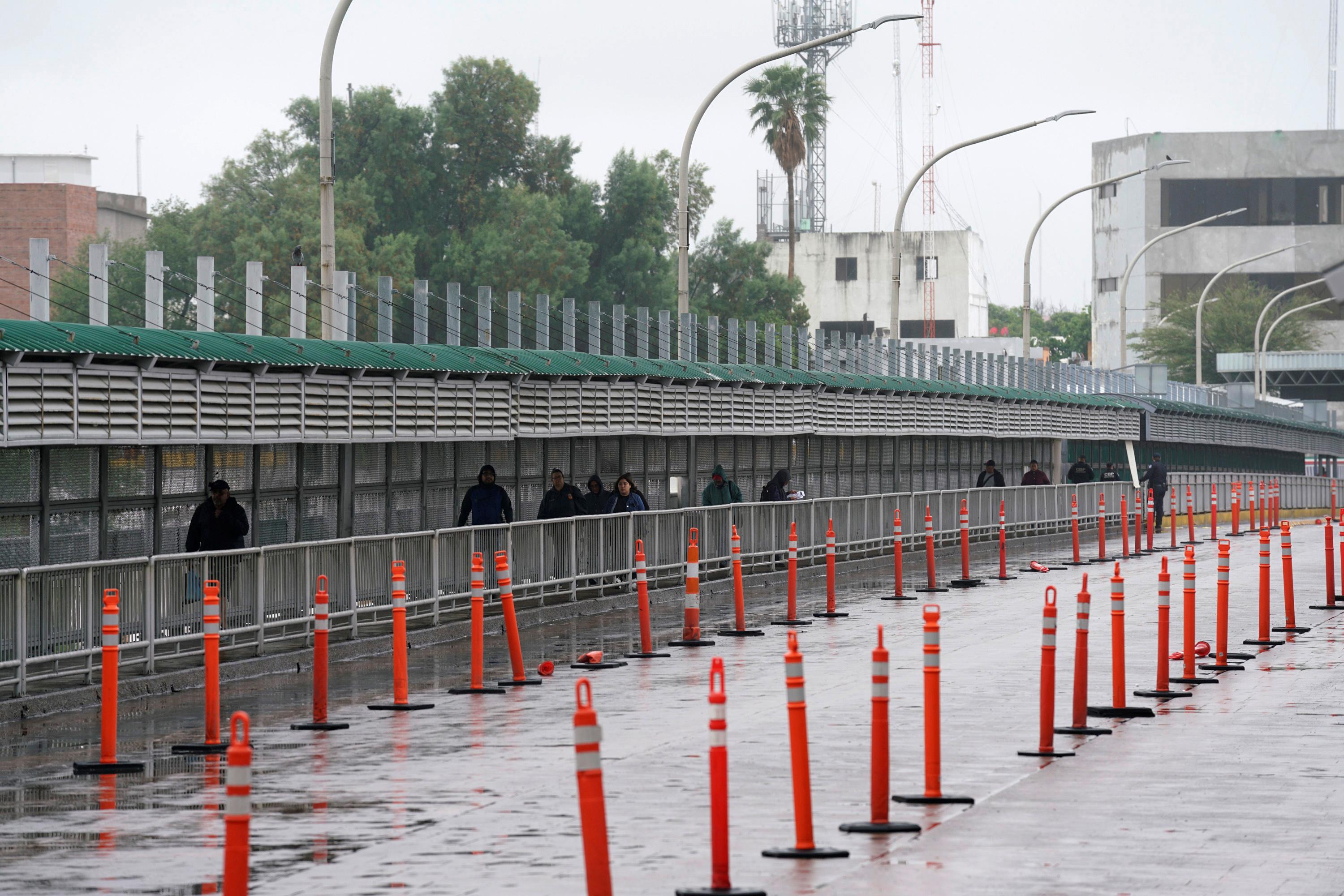 The worries, which have not been previously reported, come as hospitals in the San Diego area in southern California have pressed the Trump administration to do more to limit the threat of the virus crossing into the United States.

While senior U.S. Department of Homeland Security officials have expressed their concerns about dual nationals in daily departmental calls, there are no plans at present to bar entry to them or make other changes to border operations, according to a senior DHS official, who like others requested anonymity to discuss the matter.

“I don’t think there is any interest in telling American citizens that they can’t come in,” the official said.

The issue has come up in discussions about a potential surge of migrants if Mexico’s economy worsens or the outbreak overwhelms health facilities there, according to the sources.

President Donald Trump has suspended non-essential travel across the U.S. land borders with Canada and Mexico, saying the restrictions are necessary to protect the United States.

So far, fears of a deluge have not been realized. The United States has the highest number of coronavirus deaths worldwide and the U.S. economy has gone into a tailspin, with the unemployment rate at the highest level since the Great Depression.

Trump’s opponents accuse him of exploiting the pandemic to expand his drive to restrict legal and illegal immigration to the United States in an election year.

Leon Rodriguez, a former director of U.S. Citizenship and Immigration Services under President Barack Obama, said that any move to prevent U.S. citizens from entering the country would raise “serious constitutional issues,” a sentiment echoed by several experts.

About 1.5 million U.S. citizens live in Mexico, according to a U.S. Department of State estimate, many of them retirees.

Mexico’s foreign ministry did not immediately have comment on whether the issue of dual nationals had been raised by the United States. The DHS did not respond to a request for comment.

Carlos González Gutiérrez, the Mexican consul general in San Diego, said some public officials in the United States “mischaracterize the situation at the border with regards to the foreign-born population for short-term, electoral purposes.”

In the Trump administration discussions, U.S. officials have detailed several scenarios that could trigger a flood of people trying to cross the southern border.

One could be an improvement in the U.S. economy as Mexico confronts worsening economic fallout from the pandemic and the collapse of world oil prices, according to two U.S. officials.

Another could be the successful development in the United States of a vaccine or therapeutic to treat COVID-19, the disease caused by the new coronavirus, one of the officials said.

Private hospitals in five Mexican states and Mexico City are already at capacity due to the outbreak, Reuters reported over the weekend. [L1N2CR0AA]

The overwhelmed facilities include hospitals in Tijuana, just across the border from San Diego, the Mexican municipality with the most deaths attributed to COVID-19. Health experts say the outbreak there started earlier than elsewhere in Mexico because of its proximity to the U.S. city, which has a similar population but four times as many confirmed cases.

As of Tuesday, reported coronavirus cases in Mexico totaled about 35,000, with 3,465 deaths. The true numbers are almost certainly significantly higher due to the low level of testing nationwide, however.

The number of known infections in the United States is 1.35 million, with more than 80,000 deaths.

Representatives of two hospital systems in the San Diego area – Scripps Health and Sharp HealthCare – sent a letter to top Trump administration officials in late April that called for medical checks at the border and mandatory quarantine for individuals suspected to be infected with coronavirus.

“This is not an immigration issue for us, we do not want the border closed,” Scripps CEO Chris Van Gorder told Reuters on Monday. “I think that would be a disaster for both countries. But we are concerned about the large number of people coming across. There are no health checks at all going in either direction.”

At Scripps Mercy Hospital Chula Vista, less than an hour’s drive from Tijuana, about a third of COVID-19 patients had traveled across the border in the previous week, a spokeswoman said.

Gil Kerlikowske, who headed U.S. Customs and Border Protection for three years during the Obama administration, said that the United States should be proactively assisting Mexico’s response to the health crisis as a border control measure.

“If people are being treated better in Mexico, it is to our benefit, as well,” he said.