Exercising the freedom to jog in South Africa 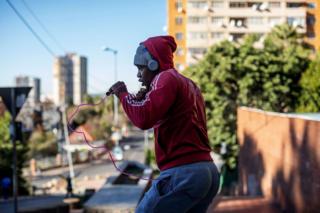 South Africans have been taking advantage of a slight easing in the tough lockdown restrictions by taking to the streets to get exercise.

Five weeks ago, President Cyril Ramaphosa imposed strict measures, including a ban on jogging, cycling and dog-walking, to try and contain the spread of coronavirus.

Employees in certain industries have also been allowed to go back to work.

The president has said his policies have delayed the spread of the virus.

South Africa recorded its first coronavirus case on 5 March. Seven weeks later there are more than 5,000 confirmed cases and 103 deaths – a much slower spread than seen in some other countries.

People are now allowed out to exercise between 06:00 and 09:00, but only a few kilometres from their home.

Photographers caught some people out in Johannesburg. 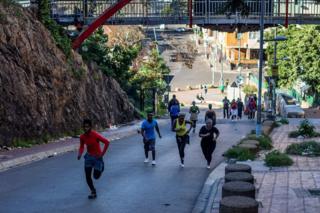 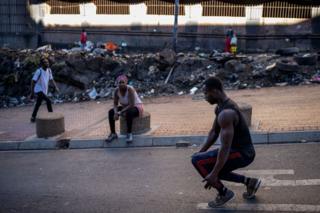 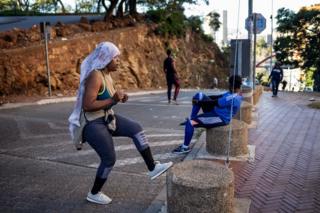 People have been allowed to walk their dogs for the first time in five weeks. 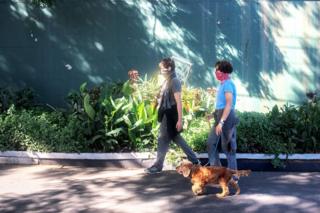 Joggers were also spotted near the Union Buildings, the president’s office in the capital, Pretoria. 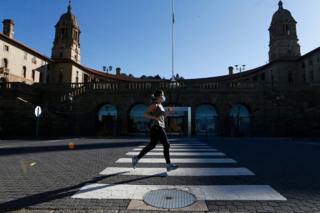 On the coast, in Cape Town, people came out in the early morning mist. 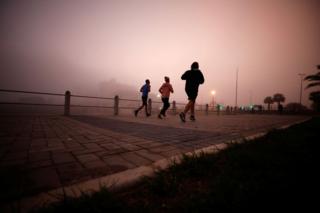 Dog-walkers could also be seen on the sea front. 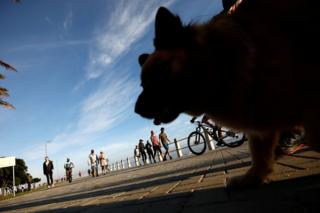 But the crowds soon built up, leading some to express concern that social distancing rules were not being observed. 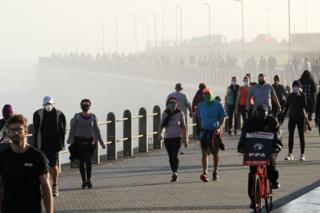 South Africans have been advised to wear face masks in public and police officers have been seen telling people to put them on. 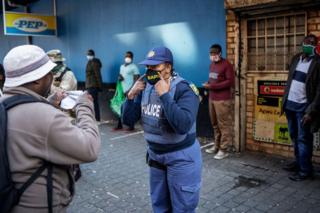 And thousands more soldiers have been deployed to make sure that the continued restrictions are being respected. 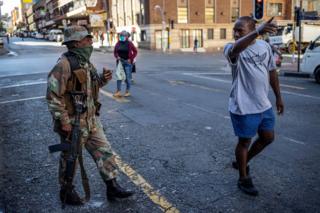 The controversial ban on alcohol and cigarette sales will remain in place, as well as some of the other tight restrictions and people are still being encouraged to stay at home.

There is also a night-time curfew.

But there is a recognition of the economic damage that a prolonged lockdown could do and people in manufacturing and construction are being allowed back to work.

Restaurants and fast food outlets can now operate but only through deliveries.

All pictures subject to copyright