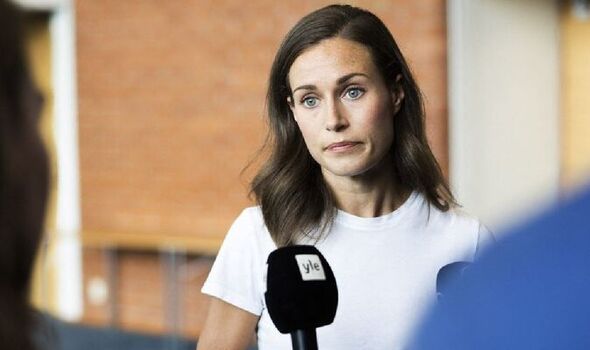 Finland’s leader, who last week was branded the “coolest prime minister in the world” by German news outlet Bild, came under fire this week after leaked footage showed her partying. Some politicians urged her to be tested for narcotics. The 36-year-old told a news conference on Friday she had taken a test – and results would be available next week.

Ms Marin told reporters she has never taken drugs, and insisted: “I did nothing illegal”

“Even in my teenage years, I have not used any kind of drugs.”

Ms Maris, who stressed she is entitled to the presumption of innocence, said at she took the drug test to allay concerns.

Reporters questioned whether the leader, who once was the world’s youngest head of government — a title now held by Chilean President Gabriel Boric —  would have been able to make snap governmental decisions if necessary.

To that, she said: “I don’t remember a single time that there was a sudden situation in the middle of the night to go to the State Council Palace.

“I think my ability to function was really good. There were no known meetings on the days I was partying.”

It is no secret Ms Marin likes to party, and she has often been pictured at music festivals.

Last year, she apologised for going to a club after coming into close contact with a COVID-19 case.

Speaking of the leaked video, she said she knew she was being filmed but was disappointed the clip had become public.

She said: “I trust that people understand that leisure time and work time can be separated.”

“And I’ve never been in a situation where I’ve seen or known of others [using drugs].”