Thunderstorms forecast for the next five days are expected to see huge regions of Britain underwater after the country saw its longest stretch of high temperatures since the 1960s. The Met Office has issued several severe weather warnings for thunderstorms through to Monday next week with the forecaster warning of a small change of flooding and disruption.

Three people died after a passenger train derailed in Aberdeenshire on Wednesday reportedly after it was hit by a landslide following heavy rain and thunderstorms.

A major incident has been declared in Fife after torrential rain and thunderstorms battered parts of central and eastern Scotland. 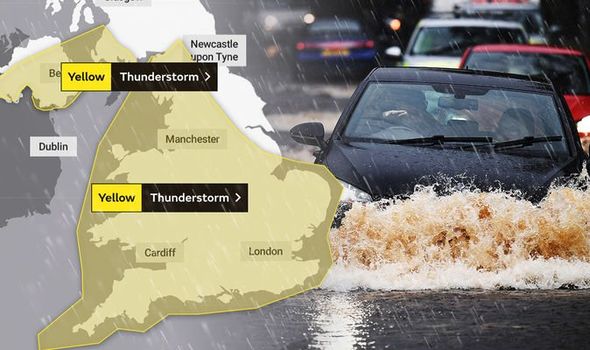 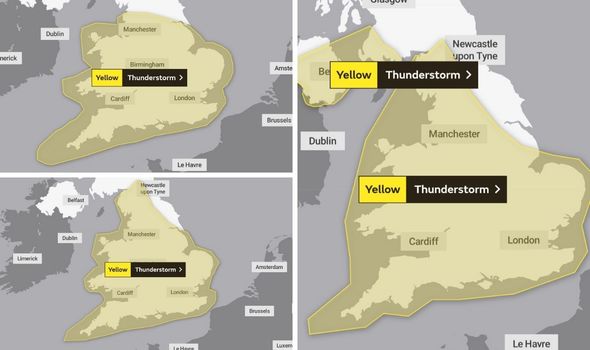 Patients waiting in the A&E department of Gloucestershire Royal Hospital were evacuated during flash-flooding and lightning on Wednesday evening.

Firefighters in Shropshire responded to more than 100 calls in a two-hour period last night after a second night of intense storms.

Many vehicles got stuck in knee-deep floods in the area following heavy rain across Buckinghamshire on Wednesday. 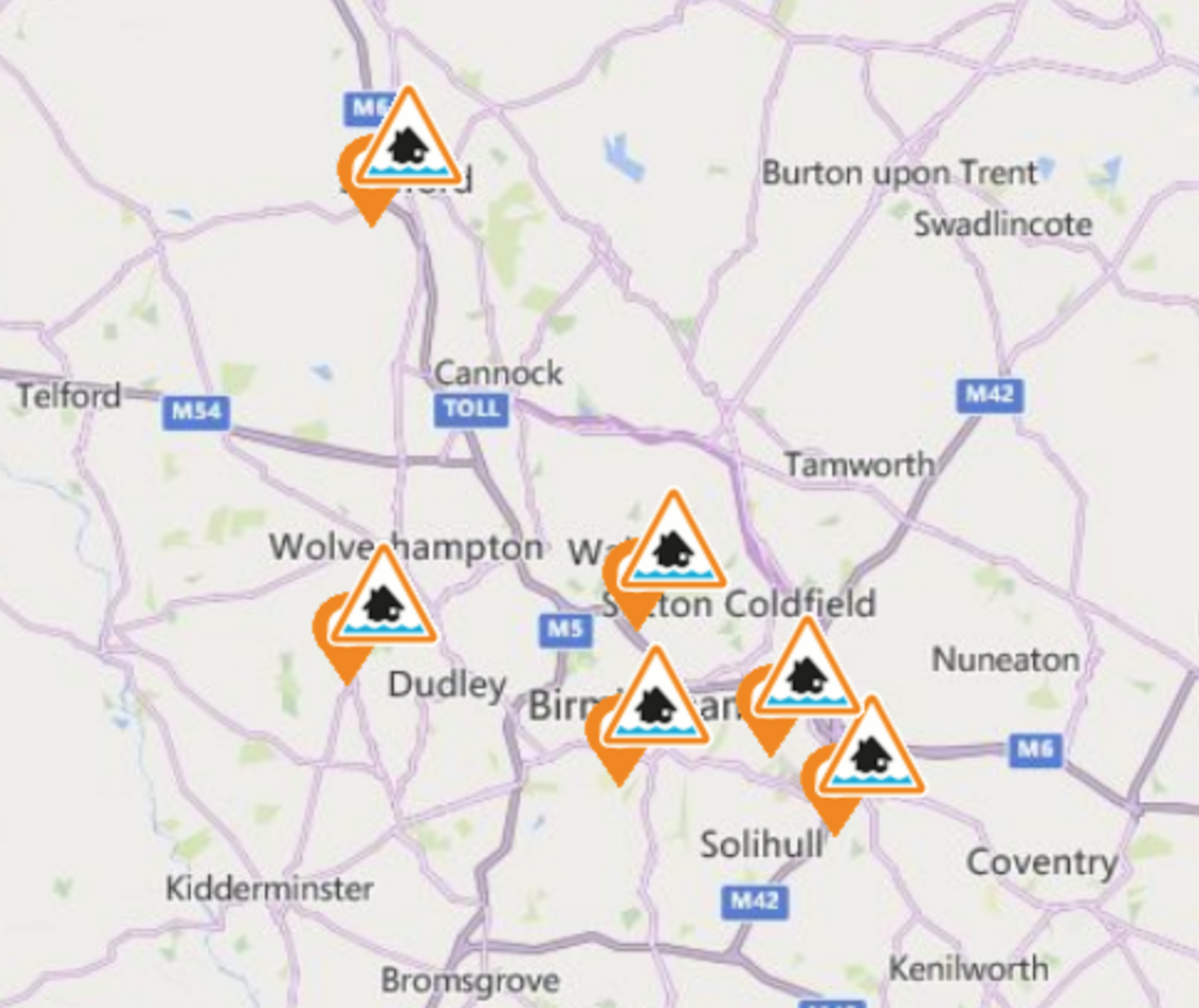 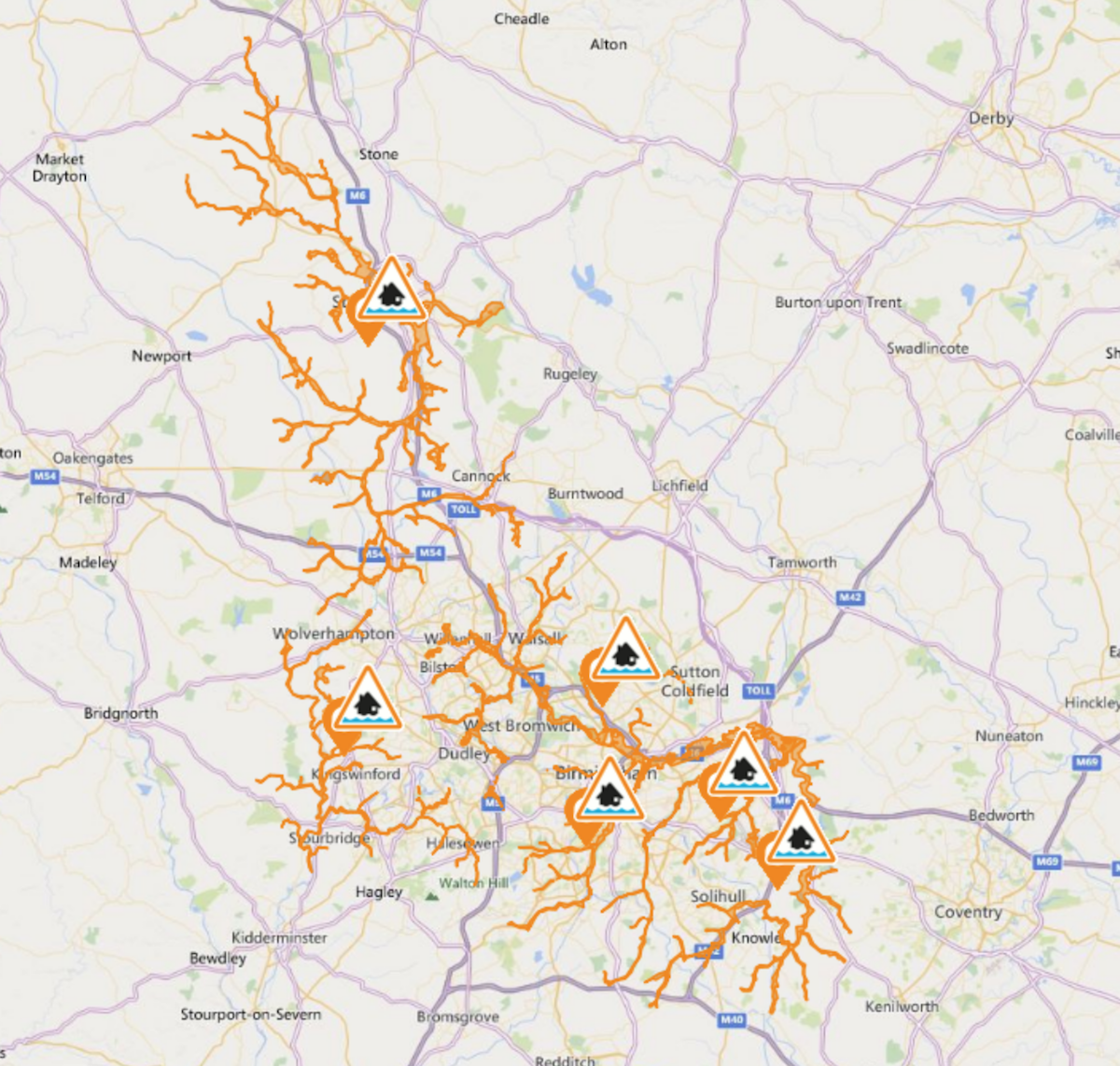 Parts of Northern Ireland and Scotland have been warned of an area of thundery showers may develop from early Thursday morning bringing disruption from lightning, heavy rainfall and hail.

This warning is in effect from 1am to 11am on Thursday.

A second warning is in effect on Thursday across most of England and all of Wales advising some areas are likely to see severe thunderstorms.

The Met Office warning states there is a small chance of flooding with damage to some buildings from floodwater, lightning strikes, hail or strong winds.

Where flooding happens there could be a danger to life due to the fast-flowing or deep floodwater, in addition to disruption to travel and possible power outages.

Two more yellow weather warnings are in effect throughout the end of this week and beginning of next week.

The first thunderstorms warning is in force from midnight on Friday until 6am on Saturday.

The Met Office has advised of further heavy showers and thunderstorms are expected at times and may lead to some flooding or travel disruption.

Some areas across England and Wales covered by the warning may see up to two inches (50mm) of rainfall in just two or three hours. 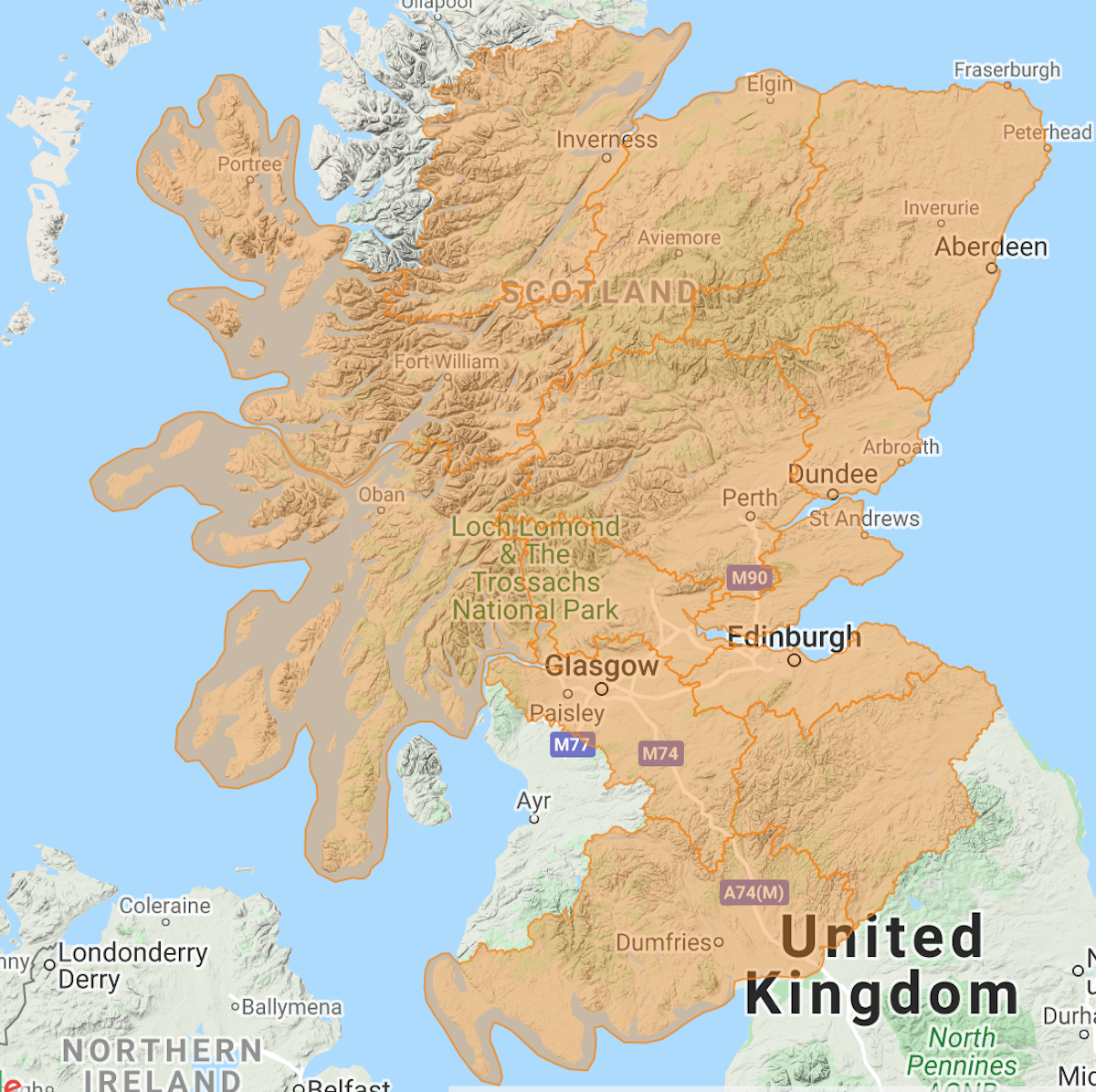 Where is flooding likely across the UK as thunderstorms continue?

Some six flood alerts have been implemented by the Environment Agency across England.

The flood alerts are in place in the following areas:

Most of the UK is at low risk of flooding through the next four days according to the Environment Agency.

In Scotland, the Scottish Environment Protection Agency has put 13 flood alerts into effect:

These alerts are in effect across:

There are currently no flood warnings or flood alerts in force in Wales according to Natural Resources Wales.