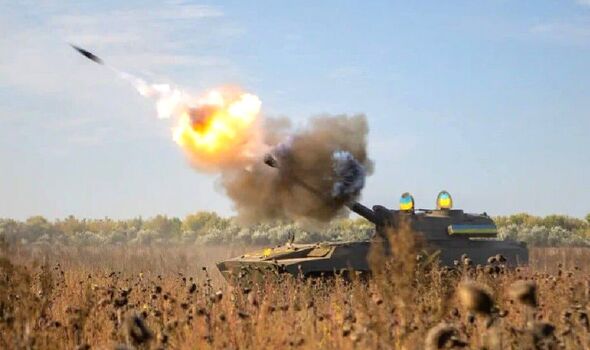 Volodymyr Zelensky thanks Americans in speech to US Congress

The former prime minister of a Russian region has been mysteriously killed after a car hit him while he was crossing a street in a southern city near Georgia. Magomed Abdulayev, 61, a close friend of ex-Russian president Dmitry Medvedev, died from severe injuries after he was struck by the car in Makhachkala city on the Caspian Sea. It is the latest unexplained death of a Russian official since Putin’s invasion of Ukraine last February, and local Ukrainian officials were quick to point this out. Anton Geraschenko, an adviser to the Ukrainian Government, reported the death alongside the caption: “Another mysterious death of a Russian official.”

Magomed Abdulayev, 61, a former premier of the oil-rich Dagestan region in southern Russia and a close friend of ex-Russian president Dmitry Medvedev, has died after being hit by a car.

Abdulayev was crossing Magomed Gadzhiev Street when he was hit by a Niva car. It has not been disclosed whether the 55-year-old driver has been arrested but reports suggested the former premier had been crossing the road at an unauthorised point.

Former Russian President Medvedev, who is regarded as one of Putin’s closest allies and is currently the deputy to the Russian autocrat’s security council, personally appointed Abdulayev to be the Dagestan premier in 2010, a role he held for three years.

The pair had known each other since they were graduate students at St Petersburg State University, reports said.

Ukrainian official Anton Geraschenko posted on his Telegram about the incident, writing: “Another mysterious death of a Russian official. A car knocked down the ex-premier of Dagestan in Makhachkala, killing him.

“The Russian media report that Magomed Abdulayev, 61, became the victim of a car collision when he crossed the road in the wrong place.”

His death comes less than two months after Putin’s man in occupied Kherson, Kirill Stremousov, 45, was killed in a car crash when his armoured Lexus was torn apart.

As the ceasefire announced by Vladimir Putin on Thursday came into effect at midday on Friday Moscow time (9am GMT), Ukrainian forces struck Russian military positions in the occupied Donetsk region in the east, the Russian defence ministry has claimed.

The ceasefire, which was instructed to apply “along the entire line of contact” in Ukraine, has been rejected by Ukraine.

President Volodymyr Zelensky accused Moscow on Thursday night of using the truce “to continue the war with renewed vigour” and reposition troops in weakened spots along the frontline.

Ukraine hails dawn of offensive weapons supplies from the West

Ukraine’s foreign minister has said the recent announcements from France, Germany and the US in the past 24 hours regarding weapons supplies to Kyiv demonstrates that the West is no longer hesitant to send more offensive weapons.

Dmytro Kuleba said in a statement he shared on Facebook that the “first week of 2023 proves” the West are now more willing to help Ukraine push on further into occupied territory, perhaps even into Crimea, which Russia annexed eight years ago in March 2014.

On Thursday, the French Armed Forces said it would hold talks with its Ukrainian counterparts to organise the delivery of AMX-10 RC armoured vehicles. They are “light tanks” that carry a 105mm cannon and two machine guns. The agreement was made following a call between Ukrainian President Volodymyr Zelensky and French President Emmanuel Macron on Wednesday.

In a joint statement on Thursday evening, they also pledged to send Kyiv 50 US Bradley Fighting Vehicles, described as “tank killers”, and Germany’s infantry fighting vehicle, the Marder.

Although the US declined to send their “main battle tanks”, which Ukraine has requested, namely the M1 Abrams, which carries a 120-millimetre gun, the Bradley and Marder vehicles represent the first pledge of Western-made infantry fighting vehicles since Russia invaded in February last year.

In his statement, Mr Kuleba said today that such promises show that “the time of the taboo regarding weapons from the allies is in the past”.

He said that this “cascade of good news” is the result of the diplomatic work of President Volodymyr Zelensky and his team.

He said: “This week, President Zelensky is conducting a real diplomatic marathon this week, holding talks with three to four leaders every day.

“Some decisions on the supply of weapons are made instantly during the calls, and some will be made based on their results.

“After every report like this (about new weapons pledged), there is more gnashing of teeth in the Kremlin and weeping on the Russia television.”

A Ukrainian firefighter in the south has been killed by a Russian strike on the city of Kherson on Friday morning, just hours before a supposed 36-hour ceasefire was supposed to take place.

An image of the bloodied hand of the deceased firefighter, his body covered with a tarp, was shared by local officials and on social media as the authenticity of Putin’s call for temporary peace was cast further into doubt.

The Ukrainian emergency services worker was killed by Russian shells that struck a fire station in the southern port city of Kherson. A number of emergency response vehicles were also damaged.

On Thursday, six people were killed and four others wounded in the Kherson region after Russia continued its shelling campaign.

Kyrylo Tymoshenko, the deputy head of the Ukrainian president’s office, posted the picture of the firefighters hand, accusing the Russian forces of being “bloodthirsty people” and calling into question the validity of Putin’s request for a ceasefire.

He wrote: “They talk about a ‘cease-fire,’. This is beyond the understanding of any civilised act. Assassins, terrorists and bloodthirsty people. This is who we are at war with.”

Russian commander slams Putin’s ceasefire as a ‘step towards defeat’

Russian military blogger and former army commander Igor Girkin has accused Vladimir Putin of making “bold and decisive steps towards defeat” by requesting Ukraine join them in a 36-hour ceasefire to honour Orthodox Christmas on January 7.

The former commander, who recently fought in Ukraine for one month, wrote on Twitter: “Vladimir Vladimirovich took such a bold and decisive step towards defeat and capitulation in the current war…The Hague applauds and begins to prepare a chamber.”

He added: “The armed forces of the Russian Federation are simply delighted…I think our military will like it.”

Experts have suggested that Putin’s announcement could have been made as an attempt to show the Russian public, when Ukraine inevitably rejected the call to hold fire, that they had the supposed moral high ground.

While it is hard to gauge the public mood among Russians towards the war in Ukraine due to the difficulties associated with dissent in the Federation, increased criticism from bloggers on Telegram, which has attracted the attention of millions of citizens, suggests there may be growing opposition.

Igor Girkin, alone, has 780,000 subscribers to his Telegram channel.

Paramilitary, pro-Russian groups fighting in the eastern Ukrainian regions of Luhansk and Donetsk have been officially welcomed into Putin’s Armed Forces, the British Ministry of Defence reported.

President Putin reportedly presented the formations with their battle colours during a visit to Rostov-on-Don.

The British MoD said in its daily update: “Russia claims the LNR and DNR are intrinsic parts of the Russian Federation following the fixed accession referendums of September 2022.

“However, it has discreetly controlled both since 2014, creating DNR’s 1st Army Corps and LNR’s 2nd Army Corps and supporting them with Russian military officers.

“The status and identities of the DNR and LNR likely remain divisive within the Russian system. Even before the February 2022 invasion, these territories represented a significant drain on Russian finances.

“Now the Kremlin has overtly committed to supporting them, they will likely constitute a large political, diplomatic and financial cost for Russia which will last well beyond the current phase of the conflict.”

Ceasefire ‘will do nothing for peace’, claims UK foreign minister

UK foreign secretary James Cleverly has said Vladimir Putin’s calls for a 36-hour ceasefire “will do nothing” to help broker peace longer term in Ukraine.

Speaking on Twitter, he called on Russia to “permanently withdraw its forces”, lending his full support to the people of Ukraine.

He said: “A 36 hour pause of Russian attacks will do nothing to advance the prospects for peace.

“Russia must permanently withdraw its forces, relinquish its illegal control of Ukrainian territory and end its barbaric attacks against innocent civilians.”

Russia’s attempts to halt the frontline fighting in Ukraine for 36 hours under the guise of honouring Orthodox Christian Christmas on January 7 are “cynical” at best, a spokesman for the US state department has said.

Ned Price, a representative of the state department, dismissed Putin’s announcement, saying they had “little faith” in its apparent concern for the wellbeing of those on the frontline.

His comments followed US President Joe Biden’s rejection of the authenticity of the ceasefire. Mr Biden accused Putin of “trying to find some oxygen” while his forces were struggling to retain territory in Ukraine.

Mr Biden added: “I found in interesting, [Putin] was ready to bomb hospitals and nurseries and churches on the 25th and New Year’s.”

Mr Price echoed the sentiment of Ukrainian President Volodymyr Zelensky in his state department brief, telling reporters: “We have little faith in the intentions behind this announcement. I think we know better than to take anything we see or hear from Russia at face value.”

He added that Russia would likely use the pause in fighting “to rest, to refit, to regroup and ultimately to re-attack”.

Volodymyr Zelensky has emphatically rejected Putin’s calls for a 36-hour Christmas ceasefire, which would have been effective from midday today (10am GMT).

He accused the Kremlin of using the break to “continue the war with renewed vigour” by repositioning troops closer to vital points on the frontline and replenishing dwindling munitions stockpiles.

Pointedly speaking in Russian, Mr Zelensky added that a ceasefire could only happen when Putin “ended your country’s aggression … when your soldiers leave or we throw them out”.

He said: “Those who continued the terror against our country and sent all those people of yours to the slaughter, rejecting our offers to stop the Russian aggression, certainly do not value life and definitely do not seek peace.

“Now they want to use Christmas as a cover to at least briefly stop the advance of our guys in Donbas and bring equipment, ammunition and mobilised men closer to our positions. What will this bring? Just another increase in the death toll.

“Everyone in the world knows how the Kremlin uses respites at war to continue the war with renewed vigour.

“You don’t give Ukrainians any respite. People are tortured, electrocuted, raped. This continues every day while your soldiers are on our soil.”

You can read the nightly address in full here.

Good morning from London. I’m Tom Watling, I’ll be bringing you all the latest developments on the war in Ukraine. Please feel free to get in touch with me as I work if you have a story or tips to share! Your thoughts are always welcome.