Winemakers in the south of France are assessing the damage to vineyards following wildfires that swept through the region last week.

Fires broke out in the Var region, near the French Riviera, last week and were spread by strong winds, forcing thousands of people to evacuate.

Mirabeau, a Provence vineyard that makes rosé, was one winery hit by the fires.

Posting on Instagram, owners Jeany and Stephen Cronk said all their life’s work was put at risk by the blaze.

“The past few days have been heartbreaking to watch as the devastation has unfolded over Provence with fires sweeping across 7,000 hectares of land and protected forest,” they wrote.

“We have been watching in agony and praying for our Domaine Mirabeau and the vineyards of our colleagues and partners in the area, as all our life’s work is put at risk by the raging fires.

“We are still assessing the impact of the fires on our estate, but for now we are pleased to share that everyone from Mirabeau, the animals and houses at the Domaine have been saved.

“We will work on rebuilding the regenerative viticulture project we have begun two years ago at Domaine Mirabeau to try to have a positive impact on the planet.” 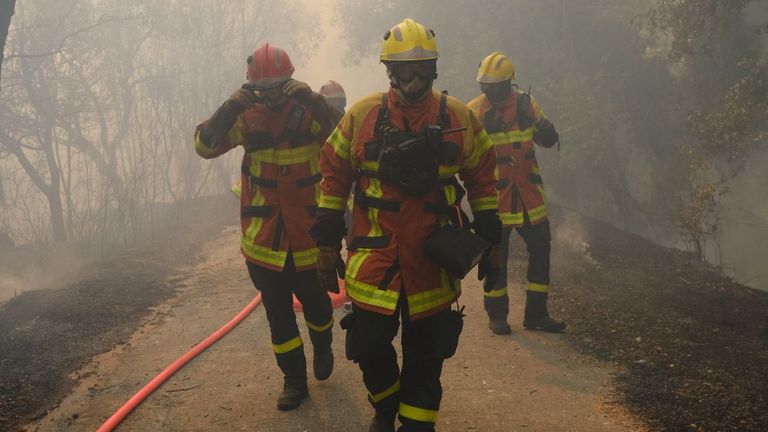 The fires mainly affected forest areas but some vineyards have been damaged, as some 900 firefighters tackled the blaze, aided by water-dumping planes.

Wildfires have broken out across many parts of Europe as the Mediterranean has been badly affected by a heatwave.

At least 65 people were killed by fires in Algeria, while British firefighters have been sent to battle wildfires raging in Greece.

Thousands were evacuated from an island near Athens and a volunteer firefighter died after fires spread in the region..

Fires in Turkey have killed at least eight people, including a volunteer who was carrying drinking water and other refreshments to firefighters in Marmaris. 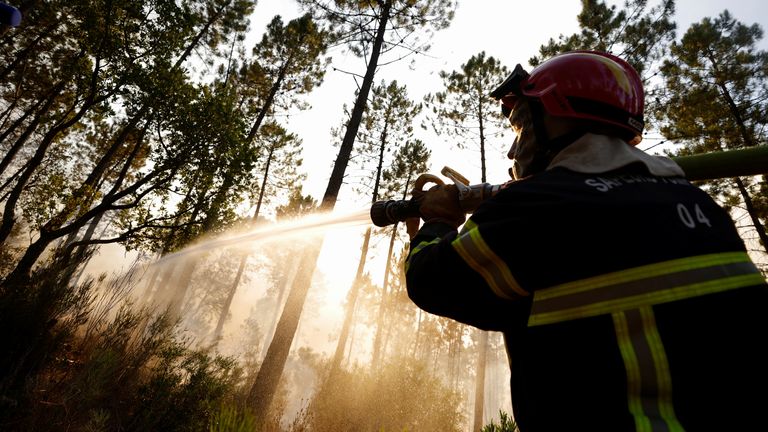 They have been described as the worst in at least a decade.

Two people were killed in fires in the southern Calabria region in Italy, as Sicily declared a state of emergency to last six months.

Massive fires also have been burning across Siberia in northern Russia for weeks, forcing the evacuation on 7 August of a dozen villages.

In all, wildfires have burned nearly 15 million acres this year in Russia.

Subscribe to ClimateCast on Spotify, Apple Podcasts, or Spreaker.

And on 16 August, hundreds of people were evacuated after wildfires broke out in wooded hills outside Jerusalem in Israel.

Over the weekend, more than 1,000 square miles of Bolivian forests have been destroyed by wildfires, authorities say.

So far 280,000 hectares, an area equivalent to just less than twice that of greater London, has been devastated in a southeastern region bordering Brazil and Paraguay.