PARIS (Reuters) – When managers at La Riviera nursing home on France’s Cote D’Azur found out a resident had the COVID-19 virus, they put into action a standard playbook they believed would contain the spread. It did not. 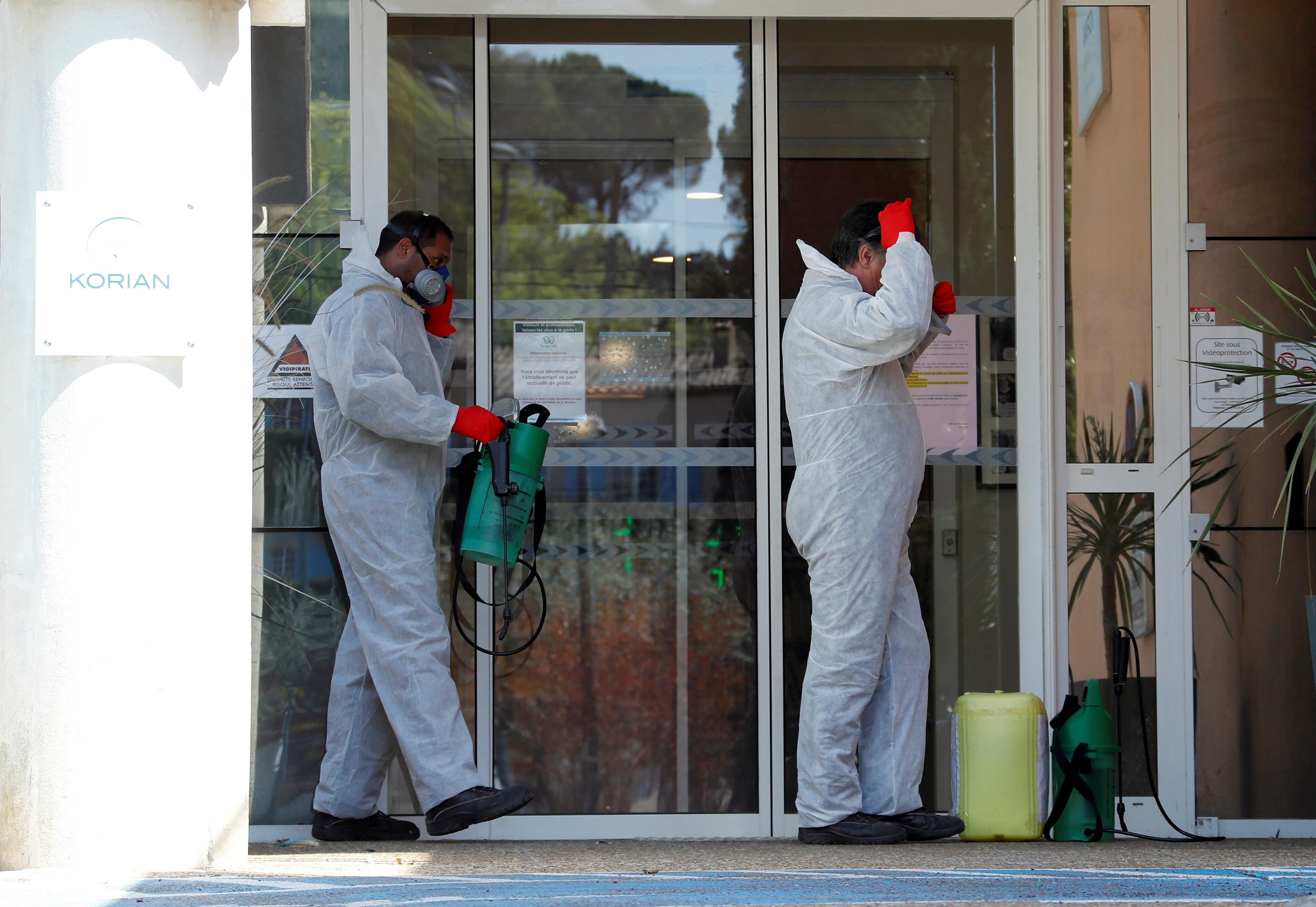 “We kept on seeing new cases and we could not understand why,” said Antoine Ruplinger, an executive with the company that runs the home.

Since then 36 residents at the home have died of coronavirus-related conditions, according to the local mayor’s office, which registers the deaths. There were 109 residents before the coronavirus crisis broke.

Death rates from COVID-19 in old people’s homes around the world have been high, in part because the disease hits the elderly disproportionately and because testing at care homes has been patchy.

What happened at La Riviera underlines the potential value of blanket testing at an early stage, some French officials said.

“Maybe if we had been able to test from the beginning, everything would have been different,” said Florence Arnaiz-Maumé, an official with the National Union of Private Homes and Facilities for the Elderly (SYNERPA).

The response by staff at La Riviera was centred around checking who was showing symptoms of infection and isolating them from the rest of the home.

That was in line with national guidelines at the time, which were for only the first three suspected cases to be tested.

But for over two weeks after the first case, residents in the home were not tested for COVID-19. That meant people who had the virus yet showed no symptoms were still part of the general population in the home and potentially transmitting infection.

“No one had been tested, so we did not know who was infected and who wasn’t,” said Richard Galy, a medical doctor and mayor of the town of Mougins where the home is located.

France last week changed its policy, so that all nursing home residents and staff are tested at those homes where a COVID-19 case has been detected, whether or not they are showing symptoms.

Twenty days after the first case, systematic testing of residents for COVID-19 began at La Riviera on April 4. Thirty-three residents were found to be carrying the virus, as well as 14 staff, who were sent home.

NOONE TO CARRY OUT TESTS

The testing allowed the home to put in place a new virus containment plan, guided by an infectious disease specialist from a nearby hospital.

Those who tested positive have been put on the first and second floors of the complex. They are cared for by staff who do not mix with other patients, and who use their own dedicated elevator, changing rooms and break rooms.

Engineers have visited to make sure there is negative pressure inside rooms with coronavirus patients, so when a door is opened, air does not stream out, spreading the infection.

By the time it became clear that the virus was spreading after the first case of COVID-19 at the home was identified in mid-March, Galy had been in touch for days with staff at the home, public health officials, and regional officials.

Galy said he knew about the deaths, and was urging immediate testing. But tests were not available.

The company that usually does testing for the Riviera, laboratoire de L’Esperance, only had enough kits to do 80 tests per day and priority was given to hospitals, healthcare workers, and people with symptoms, said the head of the laboratory, Dr Françoise Duhalde-Guignard.

“So at the time, we couldn’t test,” she told Reuters.

The regional public health authority said it has launched an investigation into why so many people died at the home.

The authority has said the home’s managers waited too long to seek help. The home’s operator, Korian SA, said its staff acted in line with official guidance, and sought help when it was necessary.

The mayor and four families of La Riviera residents have joined a legal case brought by some of the families against unidentified individuals alleging involuntary homicide, endangerment of life, and failure to assist a person in danger.

Korian and the public health authority both declined to comment on the legal case.

The first case at the home was identified on March 15, when a local hospital treating a resident informed the home that the person had tested positive for COVID-19.

Ruplinger, the executive with the home’s operator, received a call about the case just before midnight. The next morning, he arrived at La Riviera.

He ordered that staff were to wear protective gear at all times, cleaning was to be stepped up and residents were to be confined to their rooms. Residents suspected of having the virus were moved to an 11-bed unit on a separate floor.

Within three days of opening, the segregation unit had run out of beds.

Several residents had already died, according to Magali Lamoureux, who runs a local funeral home and was called by the home to collect some of the bodies. She said death certificates listed COVID-19 as the cause of death.

By the time testing did happen, it was too late for patients like Odette Noyer, who arrived there around 18 months ago from the town of Romans-sur-Iseres, about 400 km (250 miles) north. 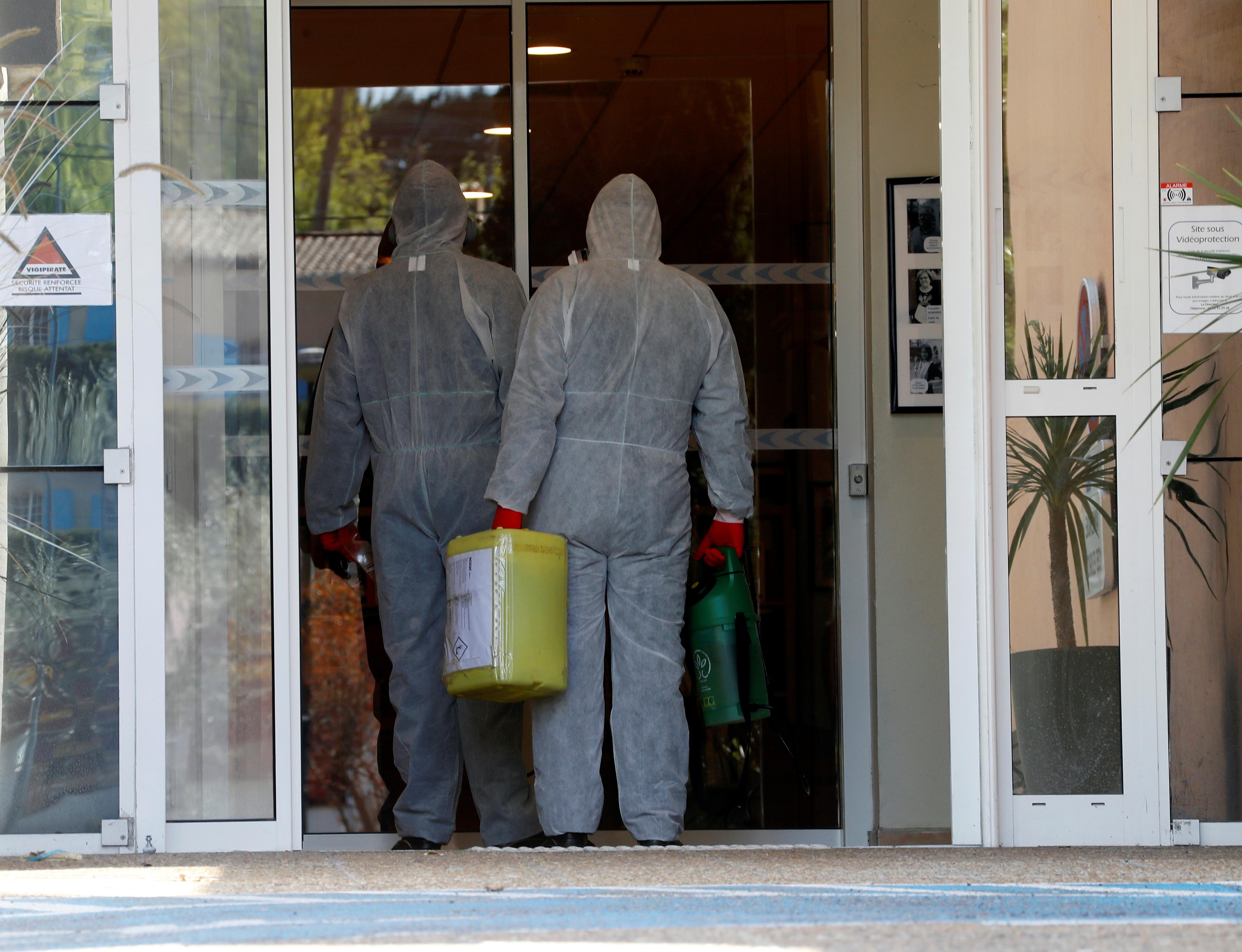 On March 24, she marked her 94th birthday and her family, who lived nearby, spoke to her by telephone to congratulate her.

Six days later, her grandson rang the home at 5 pm to ask after her, according to a legal complaint filed by the family of Noyer and several other residents, which was seen by Reuters.

A member of staff said she was being administered oxygen, but was fine. At 10 pm the same night, she died.