French primary pupils trickle back to class after eight-week lockdown

PARIS/VELIZY (Reuters) – Across France, primary school pupils on Tuesday sat at least a metre apart in small classes and listened to teachers in masks on their first day back after two months of home-schooling during the coronavirus lockdown.

The lessons, though, did not cover maths or grammar, but hygiene amid a public health emergency: wash your hands, don’t touch your face and keep away from each other.

That was the new reality as some 1.5 million elementary and primary pupils – roughly one in every four – returned to class as France tentatively emerges from lockdown.

But with less than two months of the academic year left, some parents, teachers and their unions have questioned the wisdom of reopening schools when the virus continues to circulate, especially in the greater Paris region.

The related COVID-19 disease has already killed more than 26,000 people in France.

“The school that the kids are going to discover will have little to do with the school that they left behind,” said David, a teacher at a primary school in Paris’ western 16th district who gave his first name only.

“It’s more like a nursery to let the parents go back to work.”

The government wants to ease lockdown restrictions to resuscitate the economy and says the rate of infection has slowed sufficiently. 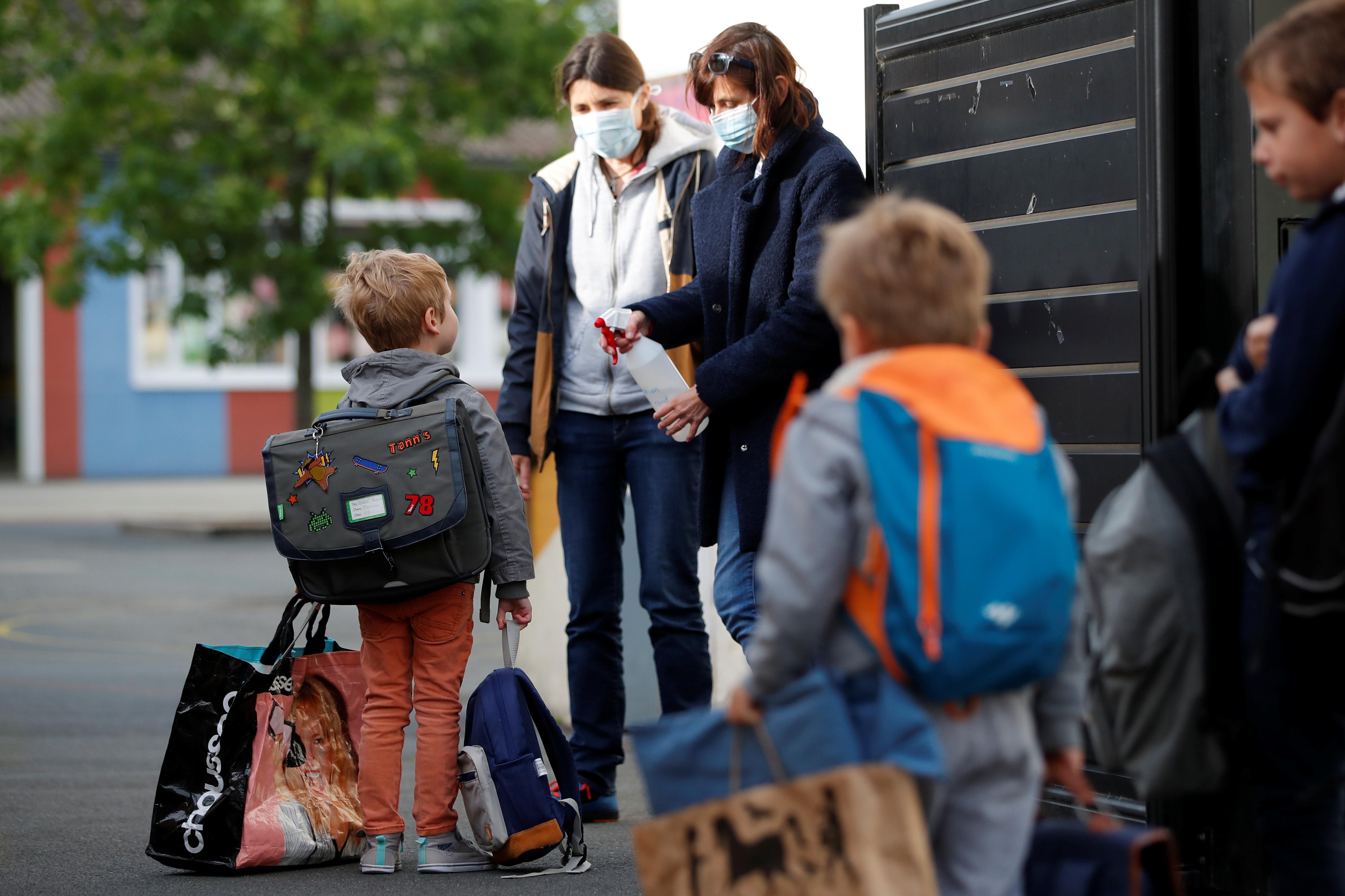 Unions and opposition parties have pointed to the risk that COVID-19 infections will pick up again, particularly in places where distancing is difficult, such as schools.

“Why have we started with the youngest children to end the lockdown when we know they’ll be the hardest ones to make apply protective measures?” said Francette Popineau, chief of the primary school union, on FranceInfo radio.

Secondary school children are not due back until May 25, but local authorities tasked with drawing up safety plans have concerns.

Recently, more than 300 mayors from the Paris region, including the capital’s mayor Anne Hidalgo, warned against rushing children back, as well as the financial cost for smaller towns and the threat of legal action if pupils fell ill.

One of them, Pascal Thevenot, mayor of Vélizy-Villacoublay, told Reuters it would be difficult to impose some of the sanitary measures outlined in a 54-page government document.

“I’m not sure the people who wrote this have had children,” he said. “I see this as an economic decision rather than an education decision.”

Many parents are still keeping their children at home. Others, though, need to return to work or consider whether the benefits to a child’s mental well-being from returning to school outweigh the risk of infection. 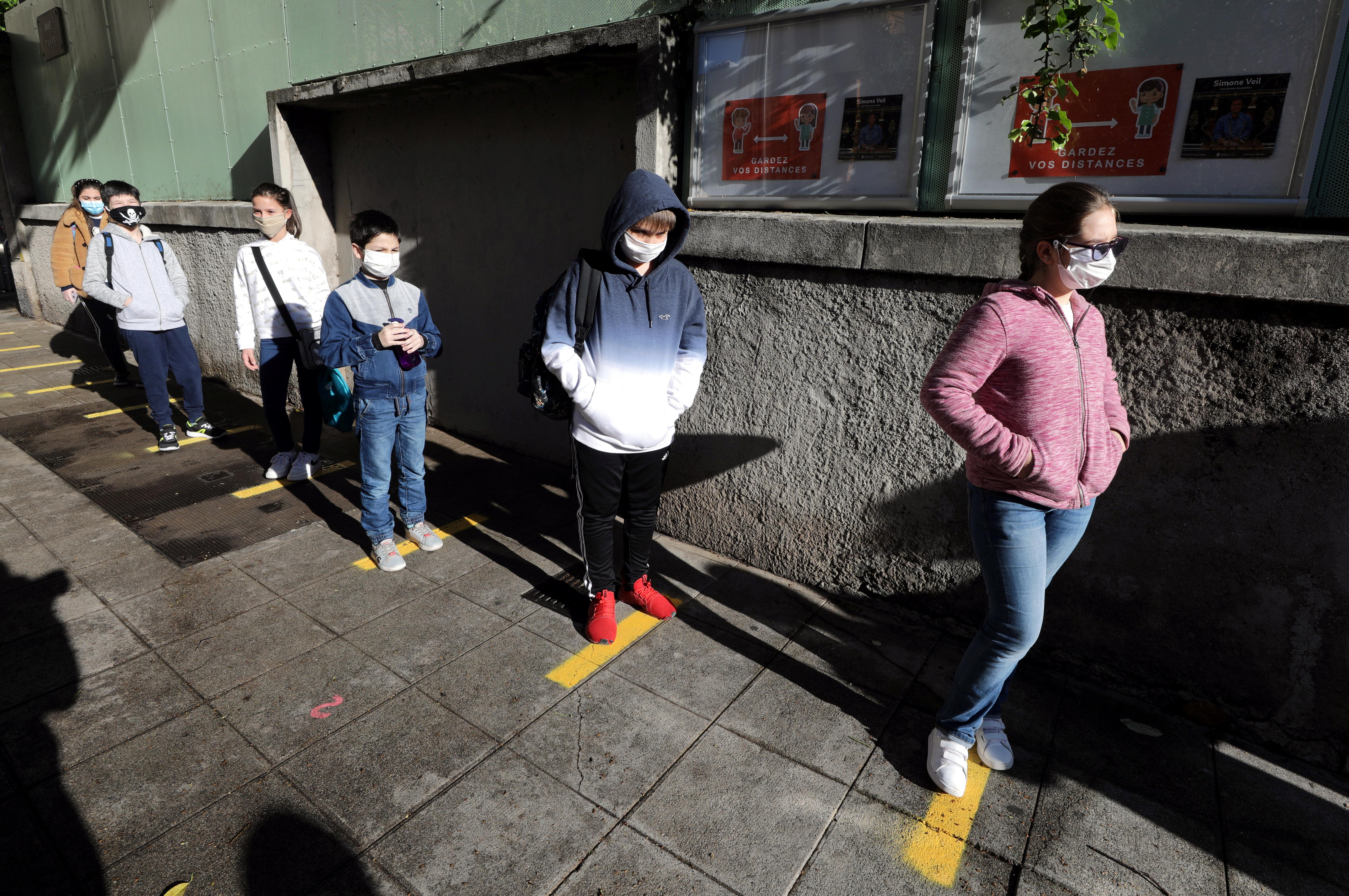 “I’m not too stressed, I explained to her the protective measures and I had to go back to work anyway,” Sandrine Delarue, a kindergarten assistant, said as she dropped her 10-year-old daughter Clara outside Vélizy’s Mozart school.

As for Clara, there was no hesitation in going back.

“It won’t be the same school, but at least it will make the virus pass,” Clara said. “I’m happy to be back, to see my teacher, my friends and to learn in class.”