French to return to shops and hair salons as lockdown lifted

PARIS (Reuters) – Millions of French people are set to cautiously emerge from one of Europe’s strictest lockdowns on Monday, once more able to engage in everyday activities that have become unexpectedly precious, such as visiting shops and getting their hair cut. 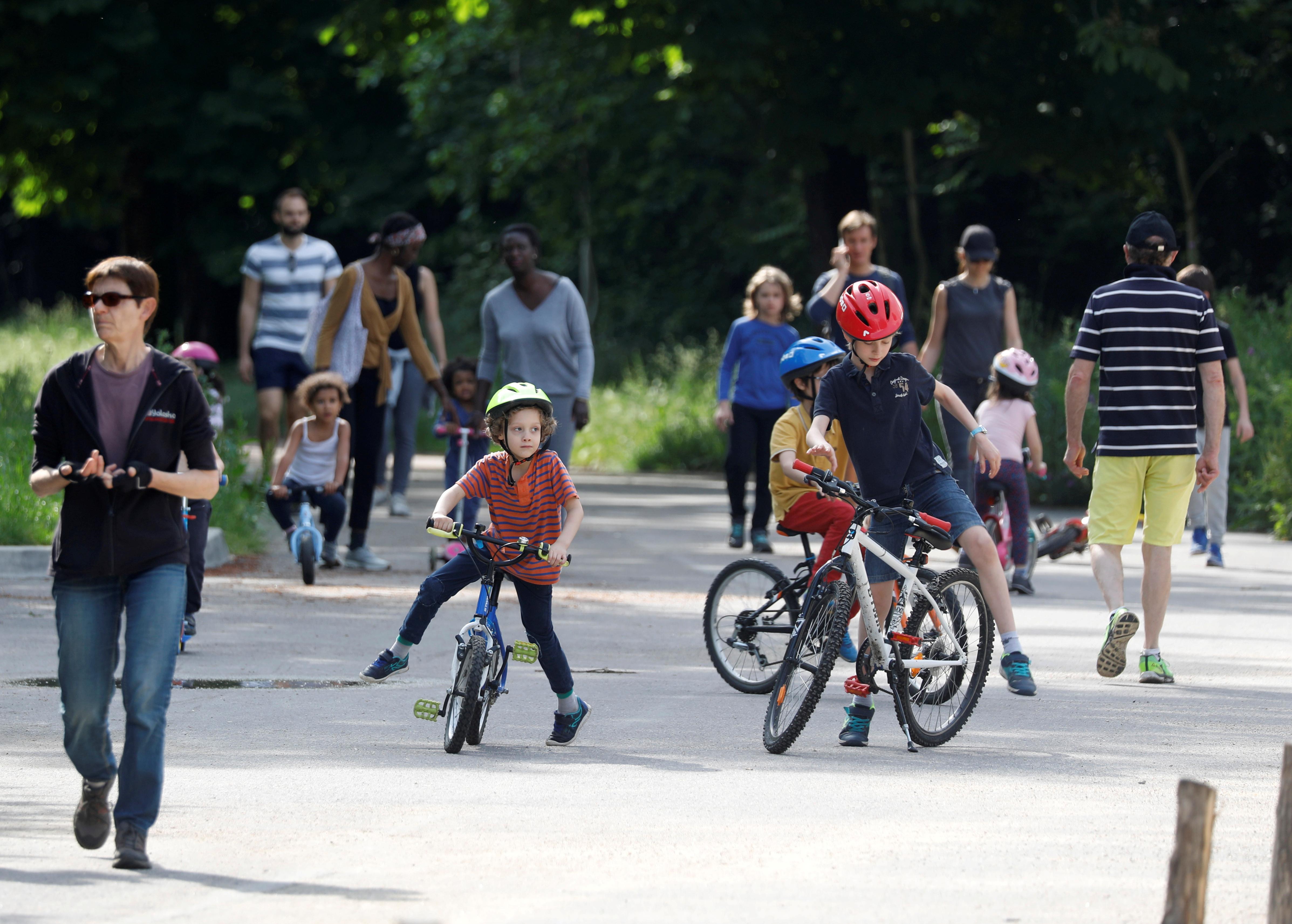 France, whose official death toll is the world’s fifth highest, had enforced an eight-week lockdown, since March 17, to slow the spread of the new coronavirus, with residents only allowed out for essential shopping, work and a bit of exercise.

Shops and hair salons can now reopen, while people can venture out without a government-mandated form, except for trips of more than 100 km (62 miles), which are only allowed for professional reasons, funerals or caring for the sick.

President Emmanuel Macron’s government decided to lift the lockdown after the number of patients in intensive care – a key measure of hospitals’ ability to cope with the epidemic – fell to less than half the peak of over 7,000 seen in early April.

Another encouraging indicator has been a prolonged decline in the number of daily deaths from coronavirus infections, which fell to 70 on Sunday, bringing the total to 26,380.

Ahead of Monday’s end to lockdown, many people were keen to enjoy life’s simple pleasures again, including getting a new hairstyle.

“No hairdressers? I’d rather go without food,” Danielle Gerard, a regular at a hair salon in the central Marais district in Paris told Reuters TV over the weekend.

But it’s certainly not business as usual.

The government has urged caution, with some regions including the Paris area remaining “red zones”, and subject to additional restrictions. People across the nations are also still advised to work from home if they are able to do so. [nL8N2CP8RH]

A few sporadic clusters of infections have emerged in recent days, including one in Dordogne where at least nine people were diagnosed with COVID-19 following a funeral in late April, and another one in a central France secondary school where four people were infected.

Kindergarten and primary schools are allowed to open on a voluntary basis on Monday, a day before 1.5 million out of a total 6.7 million primary school pupils will be able to return to classrooms on Tuesday. [nL5N2CG5LW]

Although France has managed to circumscribe the epidemic to a broad northeastern quarter of the country – including Paris – and its hospitals have been able to cope, the ongoing crisis will nonetheless leave long-lasting marks, as it will across the world.

The French, long accustomed to being told their high taxes paid for the best healthcare in the world, have been dismayed by the rationing of critical drugs, face masks and equipment. They have watched with envy as neighbouring Germany appears to have coped better with the coronavirus pandemic.

After initially enjoying a rebound in popularity, Macron’s handling of the crisis has been criticised, with the government’s flip-flopping messages on when or even whether to wear face masks – which has been an issue in other countries too – fuelling mistrust.

Macron’s popularity rating fell to 34% in May, down 5 points from a month ago, according to a recent Elabe poll for Les Echos newspaper.