CARACAS (Reuters) – Venezuelan Cardinal Baltazar Porras led Easter Mass on Sunday from an empty church, offering a sermon that was broadcast over Instagram to hundreds of people quarantined in their homes because of the coronavirus pandemic. 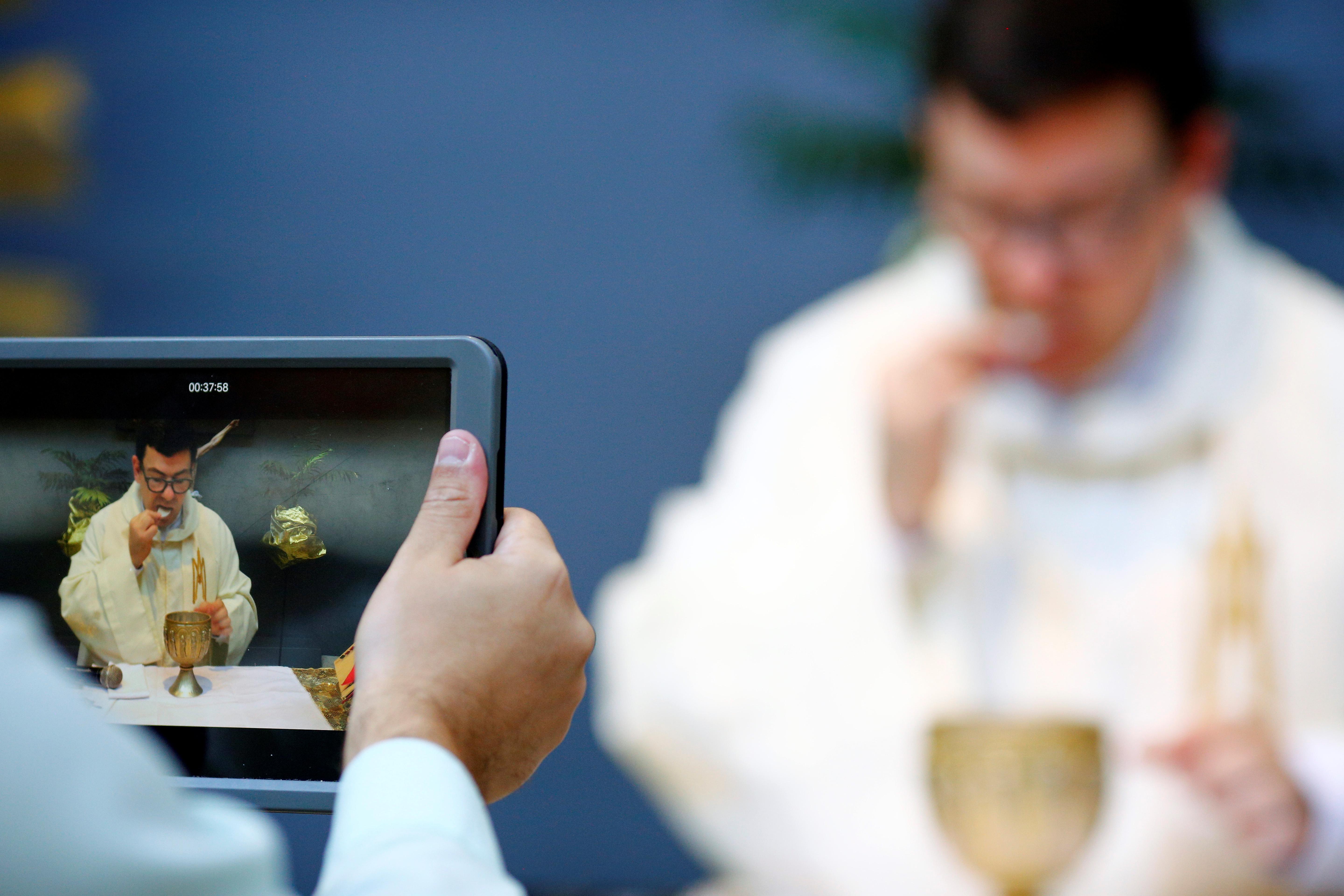 Standing before 510 empty seats at the Immaculate Heart of Mary church in the upscale El Rosal neighborhood of Caracas, Porras’ prayers were transmitted by three church associates who among them held four cellphones and a small tablet computer.

A similar trend has taken place in many parts of Latin America, which has one of the world’s highest concentration of Roman Catholics, as social distancing measures have made traditional church services impossible.

“I’m like a little kid with a new toy,” Porras, 75, said of the newfound use of social media.

“I’ve seen the enormous possibilities that this offers us, with a few simple cellphones,” he said in an interview at the church, a modern building with an angular roof and decorated with statues of saints and purple-trimmed tapestries of Jesus.

He and other church leaders were preparing another Instagram broadcast in which they planned to make virtual contact with a cardinal in Peru.

Venezuela has been under quarantine for a month. President Nicolas Maduro on Saturday extended the measure for another 30 days to prevent the spread of the disease.

Sofia Fernandez, 58, a lawyer, watched the Mass with her husband, Raul Rodriguez, a management consultant and retired navy officer, in her Caracas apartment on a phone set up on a coffee table next to a wooden crucifix.

“Receiving Mass on the phone is something that has allowed us to deepen our knowledge of the faith,” said Fernandez, donning a white face mask.

Authorities last week allowed a limited version of the Nazarene of St. Paul procession, a religious parade through Caracas that emerged after a statue of Christ was credited with helping end a scurvy epidemic in 1696.

In Argentina, many parishes have held Mass and even choir performances online in the week leading up to Easter.

The Rev. Guillermo Marco, a priest at San Lucas parish in Buenos Aires that mostly serves university students, said the virtual Mass had expanded his reach since the city went into lockdown a few weeks ago.

“I have more people connected for this type of Mass,” said Marco, a former spokesman for Buenos Aires Cardinal Jorge Mario Bergoglio who in 2013 became Pope Francis. “What it gives them is a word of consolation, of encouragement for their spirit.”