Beating the coronavirus must rest on better global coordination and fair distribution of vaccines according the host of the G20 summit, which is taking place this weekend.

“When the pandemic happened, each country tried to do its own system of how to deal with it.” the Saudi Foreign Minister Adel al Jubeir told Sky News.

“We are determined to work with our partners in the global community and particularly within the G20 countries, to find a way to provide assistance to the poorer countries so that they are able to avail themselves of the vaccine.” 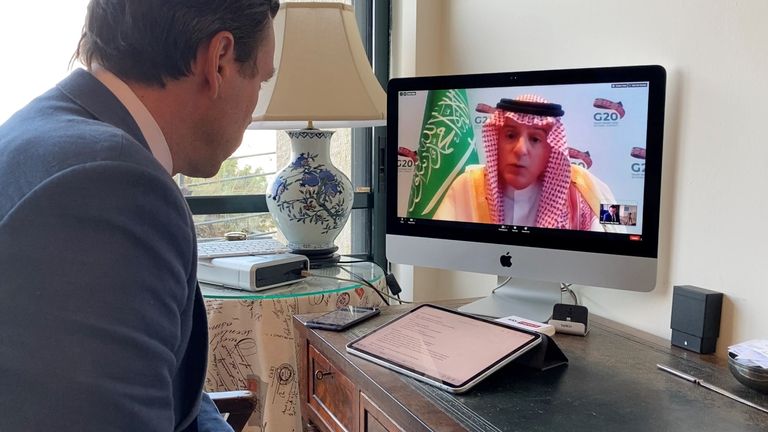 Mr al Jubeir was speaking to Sky News as part of a wide-ranging interview in which he also:

Saudi Arabia is the first Arab state to host the yearly meeting of the world’s leading economies, which are taking place virtually this year due to COVID-19.

The global challenges presented by the pandemic will form a key focus. The Foreign Minister accepted that a lack of global coordination has impacted efforts to tackle the pandemic.

He said: “We recognised that there are certain protocols that you can follow that have been more effective than others.

The multiple successes with vaccine trials now present a global opportunity for coordination, he said.

“The major pharmaceutical companies have made it very clear that they will try to produce a huge amount of vaccine very quickly and try to distribute it at a fairly low cost.” 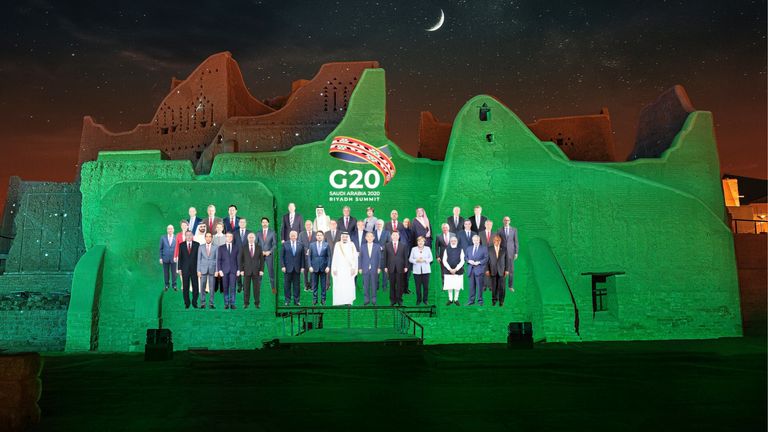 Despite encouraging words and pledges of coordination from leaders, the meeting has been overshadowed by the host’s human rights record and its continued central involvement in the war in Yemen.

There have been calls from around the world for a boycott of the event with the European Parliament voting to downgrade their participation and the US congress issuing a congressional letter calling on the US to limit its participation.

Similar calls came from the German parliament and the mayors of New York City, London and Los Angeles have all boycotted G20 events.

The United Nations special rapporteur on extra-judicial executions, Agnes Callamard, said: “It is shameful that the most powerful countries should have agreed to the G20 Riyadh Summit while the host country is imprisoning journalists, defenders, activists, women whose sole crime is to think for themselves.”

The murder and dismemberment of Saudi journalist Jamal Khashoggi, by officials employed by the Saudi government, is one of many grave human rights abuses attributed to the Kingdom.

Another symbol of the Kingdom’s human rights record is Loujain al Hathloul, a 31-year-old women’s rights activist who has been in a Saudi jail awaiting trial for the past three years.

In May 2018 she was arrested with several other prominent women’s rights activists on the charge of “attempting to destabilise the Kingdom”. No evidence has yet been produced by the courts. 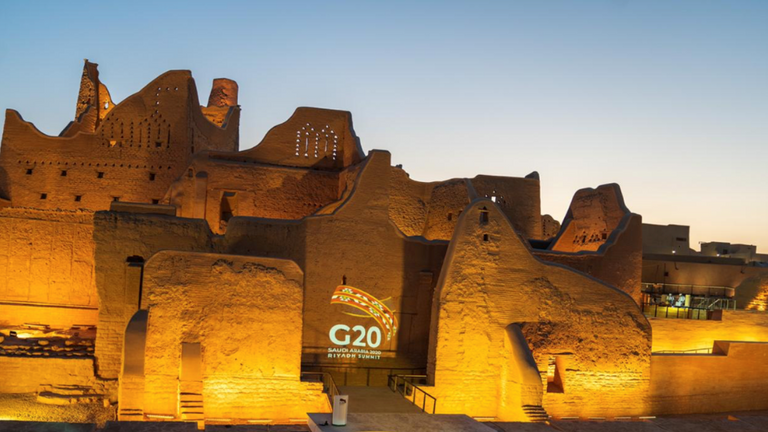 Pressed on why she remains in jail, the foreign minister deflected the issue to the courts: “She will be released from the court when the legal process plays out.

“Her case is being reviewed by the courts. And then she will either be punished or she will be released. Its up to the court.

“The decision to detain her had to do with national security issues and not with advocating the right of women to drive.”

He insisted that in accordance with Saudi law, evidence against a defendant will only be made public after the trial.

In Yemen, a Saudi-Emirati military coalition, with backing and weapons from counties including the UK, is fighting the Iranian-backed Houthi rebel group who seized power in a coup in 2014.

He equated the war to the western intervention in Afghanistan in terms of longevity and complexity.

“We’re trying our best to try to put it to an end very quickly.

“When the start of military operations occurred, we announced on day one that there is no military solution to Yemen, that the solution is a political solution and that we are moving in order to take out a clear and present threat to the kingdom of Saudi Arabia in form in the form of ballistic missiles aimed at our towns and cities.”

The incoming Biden administration in America will continue the historically close US-Saudi relationship but will put more pressure on the Kingdom to transform its human rights record and end the war in Yemen.

He said: “I’m not concerned about the change the American position or American policy.

“What happens is from one administration to the other, the articulation might be different, might differ, but the implementation really doesn’t.”

The foreign minister wouldn’t be drawn on President Trump’s insistance that the election had been rigged and his refusal to concede defeat.

But does he fully expect a President Biden to be in office after the inauguration on 20 January 20?

“We will see. Like I said once the election is certified we will know who the president is…” he said.