Germany, France shore up political, financial aid to beleaguered WHO

GENEVA/BERLIN (Reuters) – France and Germany expressed political and financial backing for the World Health Organization in its fight against the coronavirus on Thursday, with Berlin saying it would give a record half billion euros in funding and equipment this year. 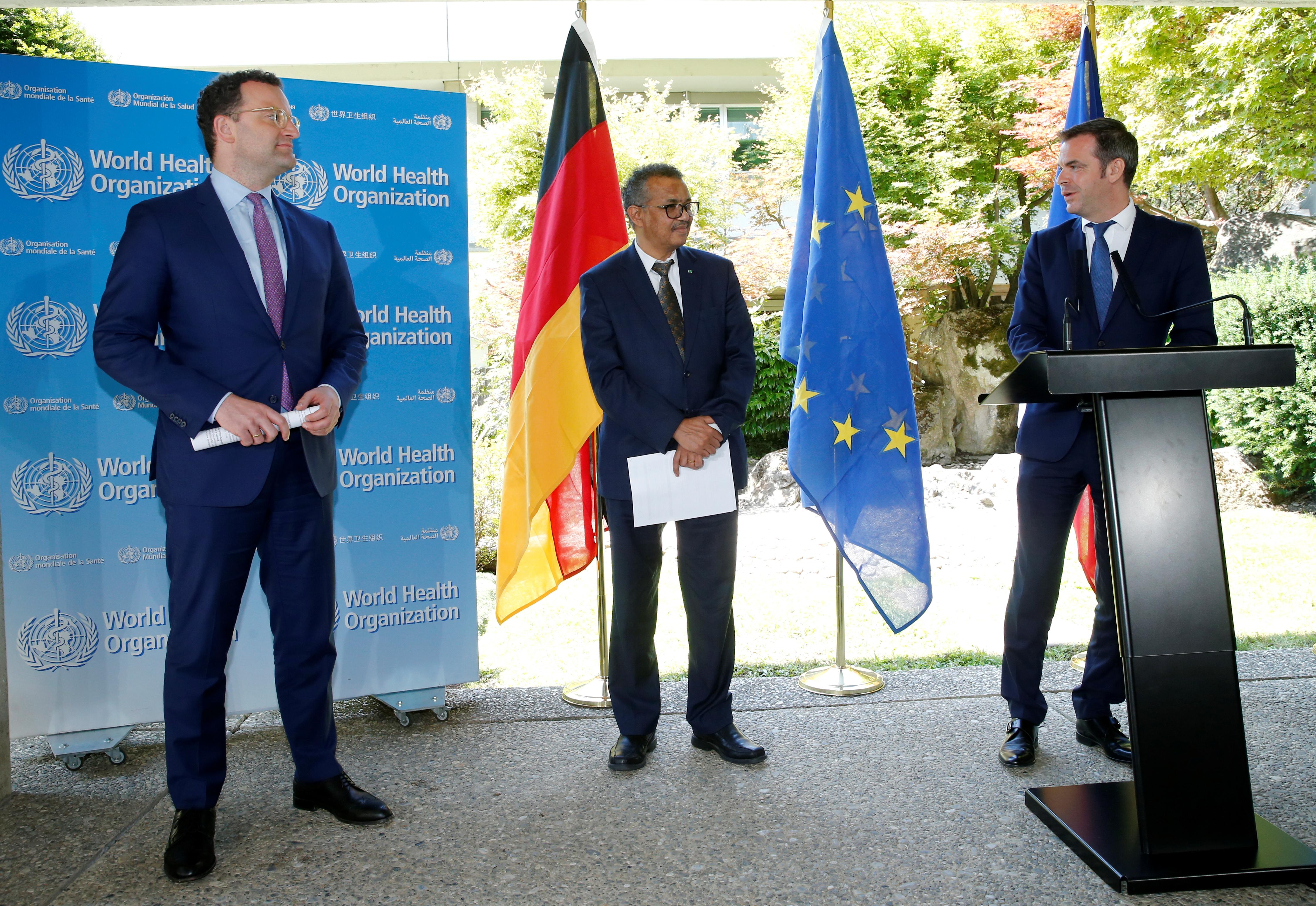 WHO chief Tedros Adhanom Ghebreyesus said that the agency, criticised by the United States for being slow off the mark in tackling the pandemic, was getting the support it needed and that the talks had been “very productive”.

“We are getting today all the support we need, politically and financially. Both Germany and France are long-standing friends of WHO and global health,” Tedros told a news conference at WHO headquarters.

U.S. President Donald Trump said last month that the United States was cutting ties with the “China-centric” WHO, but he has still not formally notified the U.N. agency.

The United States is the biggest overall donor to the Geneva-based WHO, contributing more than $400 million in 2019, roughly 15% of its budget.

He announced additional donations of funds and medical equipment to WHO that would bring Germany’s total support to 500 million euros ($561 million) this year, the “highest amount ever”, as it assumes the EU presidency.

“We need a strong, efficient, transparent and accountable WHO today more than ever,” Spahn said.

“Germany will do its part to give the WHO the political, financial and technical backing that is needed. This comes with the expectation that remaining challenges are adequately addressed and needed reforms are pushed forward.”

France said it would give 90 million euros to a WHO research centre in Lyon as well as an additional contribution of 50 million euros.

“I truly believe the world needs, more than ever, a multilateral organisation,” French Health Minister Olivier Veran said. “I believe the world cannot get rid of partners. We need a global answer (to COVID-19) and only the WHO can provide that answer.”

Infections have been reported in more than 210 countries and territories since the first cases were identified in China in December 2019.

More than 9.47 million people have been reported to have been infected by the coronavirus globally and 482,389​ have died so far, according to a Reuters tally.

“The situation in Western Europe is improving. Of course, in the rest of world the pandemic is on the increase,” Tedros said.

European governments are working with the United States on plans to overhaul the WHO, a top European health official said last week, signalling that Europe shares some of the concerns that led Washington to say it would quit.