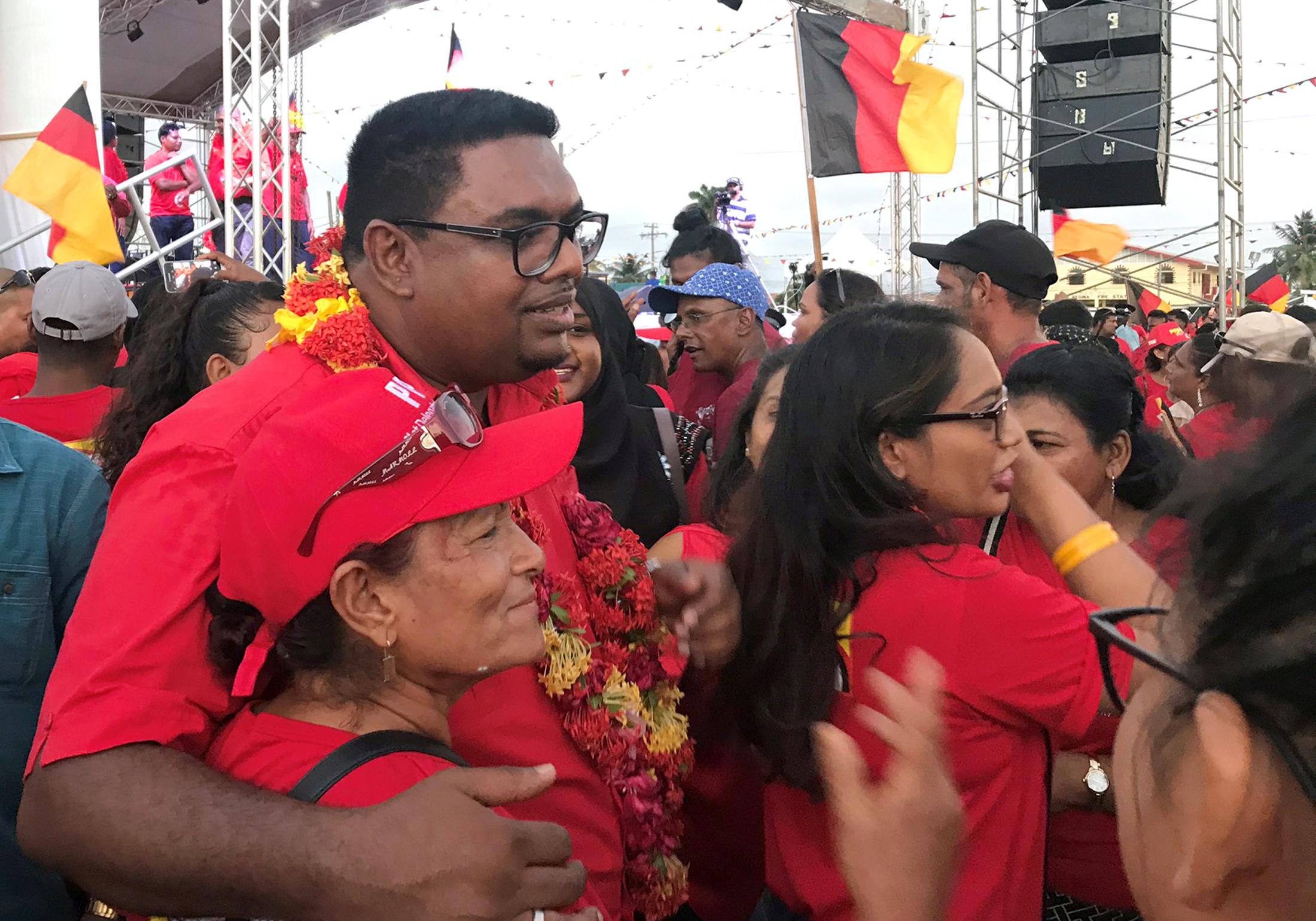 Ali, a former housing minister and member of the opposition People’s Progressive Party, was expected to be sworn in on Sunday afternoon. Preliminary recount data released in June showed he had won the initial poll, and Washington last month called on current President David Granger to resign.

The final result comes months after a consortium led by Exxon Mobil Corp began producing oil off Guyana’s coast, turning the impoverished country of fewer than 800,000 people into the world’s newest crude hot spot and promising to boost growth in the agriculture- and mining-dependent economy.

Ali’s party has criticized the contract Granger’s government signed with Exxon – which includes a 2% royalty and a 50% profit share after cost recovery – as too generous, but he has stopped short of pledging to renegotiate the terms of the deal.

Exxon and Granger’s allies both say the terms are comparable to other frontier oil producers, and were necessary to attract investment to the unproven location.

Granger declared victory days after the March vote and said he planned to serve another five years, but the opposition said results from the largest voting district had been inflated to put Granger ahead of Ali and the country’s top court found the district had not counted vote in accordance with electoral laws.