Ottawa police are investigating after they say somebody engraved “hate graffiti” on the National War Memorial last week.

Police say a man biked up to the memorial at the intersection of Elgin and Wellington streets at 9:46 p.m. on Oct. 16.

He then used a sharp object to engrave hateful graffiti on the Tomb of the Unknown Soldiers, which lies in front of the arch, according to police.

He then left on his bike, police say.

The graffiti has since been removed, an Ottawa police spokesperson said Friday.

The suspect is described as wearing a light-colour sweater, dark pants, a dark toque, a black backpack, and was riding a mountain bike. 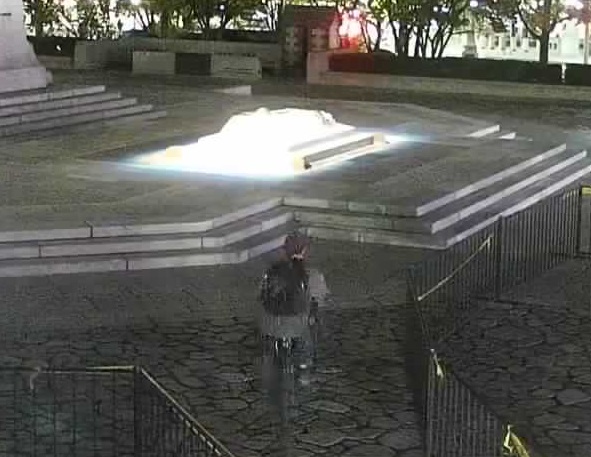 Ottawa Mayor Jim Watson weight in about the incident on Twitter, calling it a “complete insult and disgrace” to veterans and those who died at war.

Related News:
Business News:
I built my side hustle during a layoff and you can too
Sir Philip Green: A Gambling Man
S&P Global to buy IHS Markit in deal valued at $44 billion
London Stock Exchange opens Brexit trading hub in Amsterdam
UniCredit board holds governance talks as future of CEO in question
Recent Posts
This website uses cookies to improve your user experience and to provide you with advertisements that are relevant to your interests. By continuing to browse the site you are agreeing to our use of cookies.Ok