The former US presidential candidate was invited by former Tory party leader William Hague to address a Chatham House event on the future of liberal democracies. Ms Clinton warned that Russia is the “primary adversary” when comes to interfering in elections. As well as accusing Russia of meddling in the 2016 American presidential election and again in 2002, Ms Clinton said there was “significant” evidence of Russian influence over the Brexit referendum.

The former US First Lady told the online event: “There was also significant evidence of Russian involvement if not influence or interference in Brexit.

“There is a lot of evidence of Russia suborning elected officials throughout Europe.

“Particularly in Eastern Europe, the Czech Republic has just thrown out a huge group of Russian intelligence agents.

“There is a collective effort by Russia to support political parties and candidates in Europe and elsewhere.” 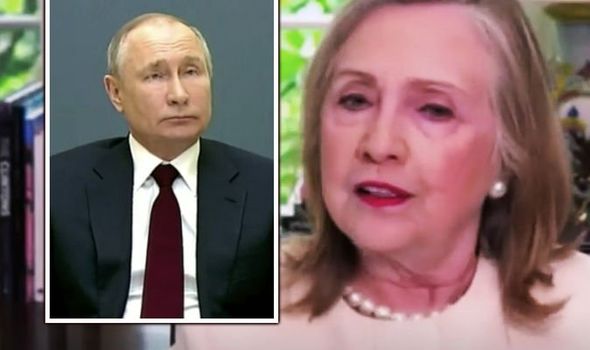