After six weeks spent in state custody, much of it in an overcrowded maximum-security prison cell, Zimbabwean journalist Hopewell Chin’ono has been granted bail on his fourth attempt at the High Court in Harare.

On his release from Chikurubi Prison, Mr Chin’ono sounded defiant as he addressed waiting journalists.

“I remain strong,” he said.

“If these guys knew the mistake they made by taking us in (the prison), because we have seen things that we only used to hear about and we were not sure about and now we know and we can write authoritatively about those things.” 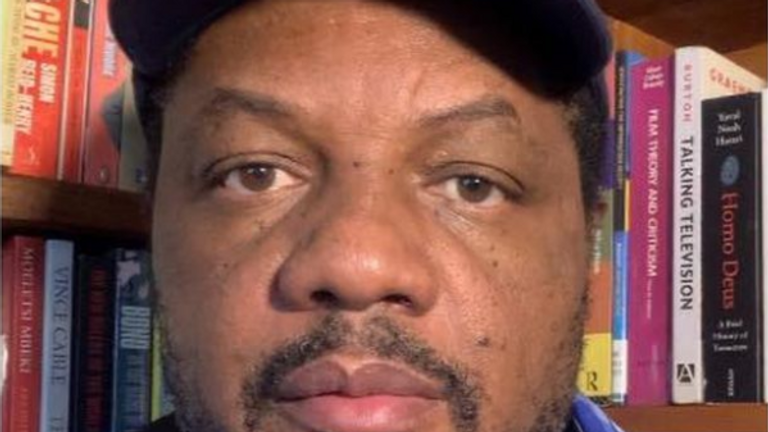 Earlier, High Court Justice Tawanda Chitapi granted bail to a man who is now seen by many as the face of resistance in the beleaguered nation.

A number of stringent conditions were attached, including a ban on posting messages to Twitter.

“They have removed me from Twitter but not from Facebook so I will continue to write on Facebook and now I will also write for local media,” said Mr Chin’ono, as he spoke in the darkness outside the prison gates.

The 49-year-old has worked for a number of Western media outlets but it is his exposé outlining a multi-million pound procurement scandal in Zimbabwe‘s health ministry that is thought to have angered members of the ruling ZANU-PF party.

The health minister, Dr Obadiah Moyo, was charged by police and removed from his post but he is yet to face trial.

When Mr Chin’ono tweeted in support of an anti-corruption protest planned for 31 July, the authorities made their move, accusing the journalist of calling for the removal of a constitutionally elected government. 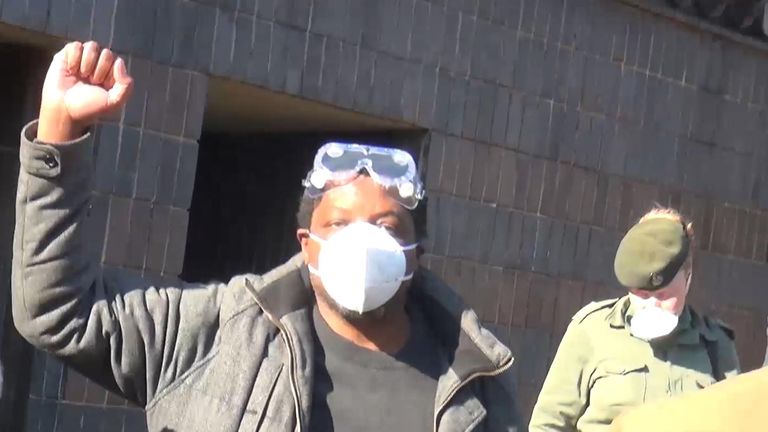 The organiser of that protest, Jacob Ngarivhume, who leads the small Transform Zimbabwe party, was also arrested and charged with “inciting public violence”.

Mr Ngarivhume was granted bail today on the presentation of a Zimbabwean $50,000 (£104) deposit.

After 43 days in prison, Mr Chin’ono’s supporters have become increasingly concerned about his health.

The journalist looked visibly frail on Tuesday when he attended a routine remand hearing at Harare’s magistrates’ court.

He told reporters that he was suffering from a fever and had done a test for COVID-19 the day before.

Mr Chin’ono’s lawyers say the government is trying to make an example of the 49-year old, keeping him in an overcrowded cell without masks, sanitisers or adequate food.

The lead defence lawyer, Beatrice Mtetwa, was barred from representing him after the court accused her of criticising Zimbabwe’s justice system.

Despite the breezy promises of reform made by President Emmerson Mnangagwa when he was elected in a controversial poll in 2018, his administration has shown every indication of returning to the practices of his predecessor, long-time dictator Robert Mugabe.

The High Court today showed a semblance of independence in granting two men the right to bail – which is guaranteed under Zimbabwe’s constitution – but Mr Chin’ono faces a bruising battle in the weeks and months to come.