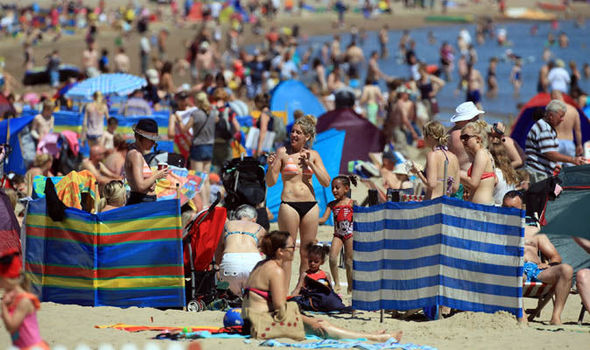 Despite recent grey skies and chilly winds thermometers are forecast to hit 73F (23C) by Monday.

The South is in for the highest temperatures, while the North is set to see the best of the sunshine.

The Met Office forecast a “dry, bright and pleasant” weekend with the odd sharp shower in places.

Spokeswoman Nicola Maxey said temperatures could reach the low 70s in parts of the South.

She added: “It is turning warmer towards the end of the week and will be largely dry and bright into the weekend with the chance of showers later on in the South-east.” 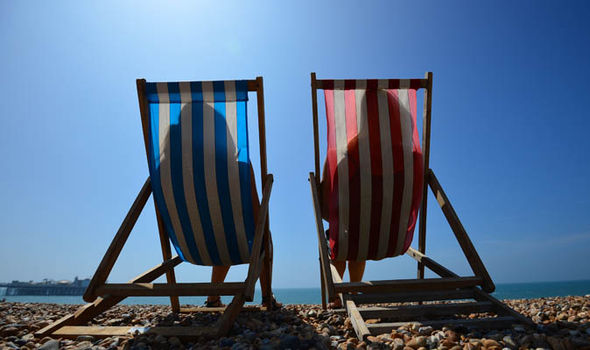 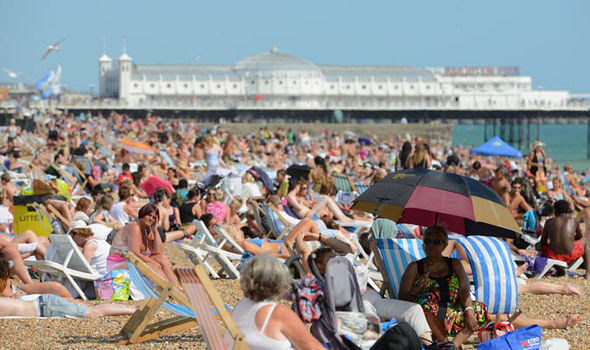 Ladbrokes are offering 6/4 from 4/1 that the Spring bank holiday temperatures are higher than in Spain with 2/1 on them hitting a Whitsun record high.

Next week marks the start of the meteorological summer and the Met Office’s three-month outlook suggests above-average temperatures for June and July.