How coronavirus has fuelled China-US rivalry in Africa 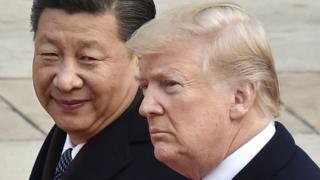 As Africa braces itself for a surge of coronavirus infections, both China and the US are claiming to be Africa’s greatest supporter, but there is more at stake in this escalating rivalry than simply tackling the virus, writes BBC Africa correspondent Andrew Harding.

US Secretary of State Mike Pompeo was adamant that “no country will rival what the US is doing” in terms of supporting the fight against Covid-19 in Africa. And he went further to say that “no nation ever has, or ever will” do more to support global health.

Mr Pompeo was speaking on a conference call with a small group of African and Africa-based journalists. I was one of them.

At the time – last month – I put the bluster about “no nation ever doing more” down to the now-familiar rhetorical habits of the Trump administration, which was evidently trying to polish its internationalist credentials in the aftermath of its decision to turn its back on the World Health Organization (WHO) at the height of a global health crisis.

It seemed churlish to point out that the $170m (£134m) in new aid that Mr Pompeo was bragging about giving Africa was almost certainly matched – or exceeded – by the donation of just one Chinese billionaire – Jack Ma.

But a few days ago, I saw an article about Africa in a Chinese state-controlled media outlet, the Global Times, and was reminded of Mr Pompeo’s remarks, and struck by the extent to which Africa has become a part – a small corner, perhaps – of Washington and Beijing’s new cold war battlefield, and that – as in the previous, official Cold War – a sudden crisis, like Covid-19, is inevitably transformed into some sort of proxy conflict.

The Global Times article boasted that China’s “solid political system” had underpinned its own success in countering Covid-19.

And then it went further. Surely now was the time, it argued, for African nations to end their failed experiment with western multi-party democracy – an experiment that had led to inequality, ethnic and religious divisions, violence, and “the destruction of lives and properties.”

Soon afterwards, I spotted another article in another state-controlled Chinese newspaper, China Daily, that praised the “domino effect” of Beijing’s ambitious “Belt and Road Initiative” in Africa, a giant investment and infrastructure strategy that was accelerating the continent’s recovery “from centuries of slavery, colonialism, neo-colonial domination, and now Covid-19”.

Mr Pompeo’s answer to that was brusque. China’s Communist Party was imposing “an enormous amount of debt… on African countries… on incredibly onerous terms that will impact African people for an awful long time”.

A few days later I dialled into a Zoom discussion about China-US relations in Africa – described by the moderator as an “increasingly toxic duel” – and listened to a Chinese professor remarking that the coronavirus was helping African journalists appreciate the virtues of China’s (heavily censored) media landscape.

In other words, she said, they wanted China’s model of “constructive journalism.” She mentioned that she had recently encountered clear enthusiasm for the model among Ethiopian journalists. But is African journalism so easily influenced?

Read more about China and Africa:

When I asked Mr Pompeo whether he thought that America’s image in Africa had been damaged by President Trump’s recent comments about using disinfectants or UV light to treat the virus, the secretary of state did not answer the question directly but instead suggested that Mr Trump’s public utterances had been misunderstood or deliberately twisted by biased or government-controlled media outlets.

It was a strange moment on the conference call. 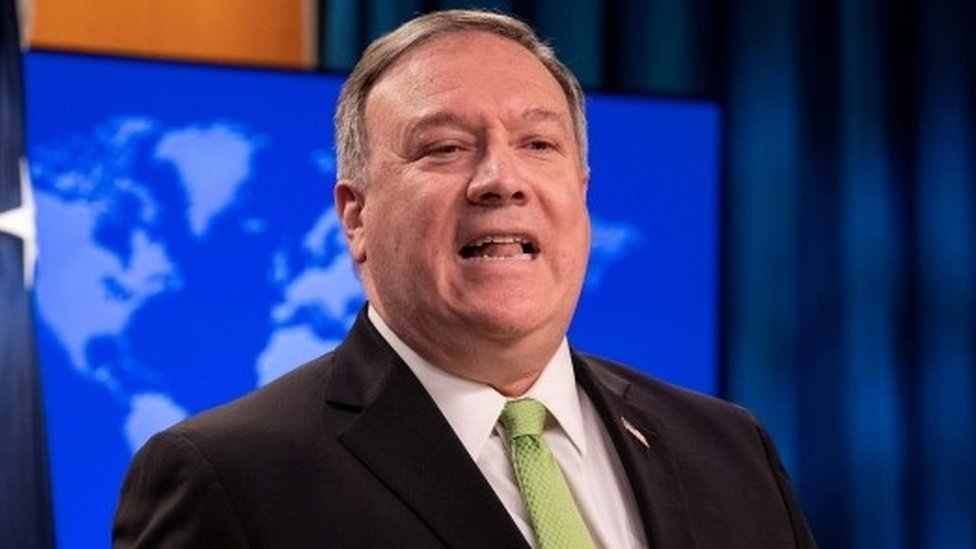 For decades American diplomacy has – to some degree – sought to promote and protect independent journalism in Africa against authoritarian regimes and censorship.

But now the American president himself routinely dismisses his country’s own journalists as “fake”, “lamestream,” and “enemies of the people”.

Listening to Mr Pompeo, it suddenly felt like Beijing and Washington’s views about “constructive journalism” were no longer so far apart.

It is right to point out that the US – not least through ex-President George Bush’s massive Emergency Plan for Aids Relief (Pepfar) programme – has done a huge amount to promote healthcare in Africa.

But it is also clear that China is using the cover of Covid-19, and America’s many distractions and current struggles, to promote its political agenda on the continent with growing boldness and – I suspect – effectiveness.

That is not to suggest that African states – or journalists – are pawns, to be manipulated at will by global powers.

But how many governments on the continent, heavily in debt to Chinese banks and under growing Covid-19-related economic pressure, may now be tempted to abandon “the failed… populist multiparty format”, and move towards the “resilience” of China’s political system?

You may want to watch: 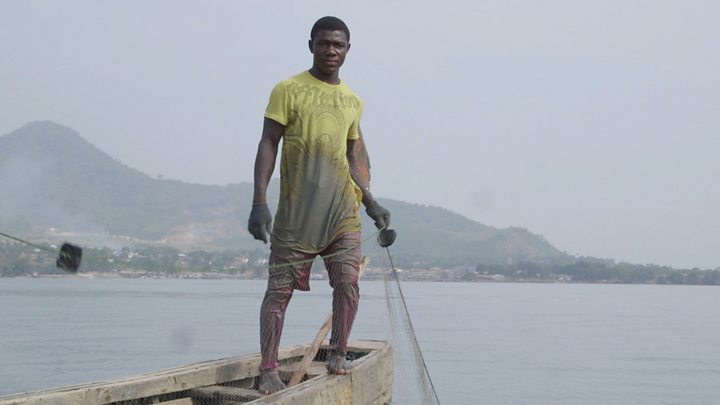