The Weather Channel’s Stephanie Abrams was left visibly shaken after fleeing on air after debris from Hurricane Laura rained down on her during a live TV broadcast. Abrams was speaking from Lake Charles, Louisiana, one of the first places hit by Hurricane Laura, when the incident took place. The glass can be seen raining down on Abrams as she tries to run away from the falling debris.

It is understood that the window exploded under pressure from Hurricane Laura’s 150 miles per hour winds.

Abrams managed to dodge most of the glass but “sounded a bit shaken” following the close call, according to viewers.

The Weather Channel reporter said that being out in the storm’s catastrophic winds felt like “pebbles were being thrown at my face”.

JUST IN: BBC Weather: Risk of more wildfires as Europe gripped by heatwave 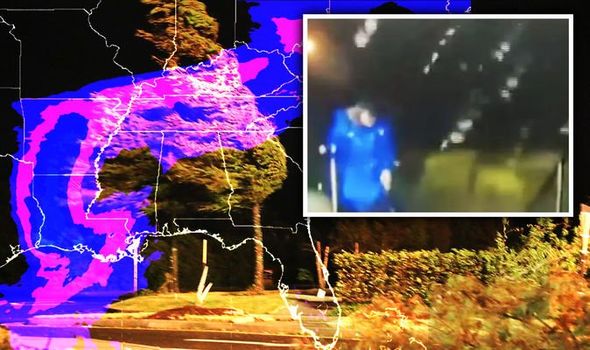 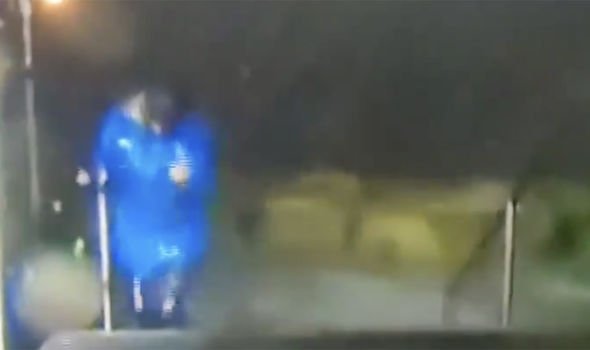 Forecasters have warned of an “unsurvivable” storm surge rising up to 20 feet.

The National Hurricane Center warned that the storm surge could push as far as 40 miles inland.

The hurricane is expected to be one of most powerful storms to ever hit the US mainland.

Govenor John Bel Edwards of Louisiana told residents: “I’m asking people right now to pay attention to this storm, to get out of harm’s way. 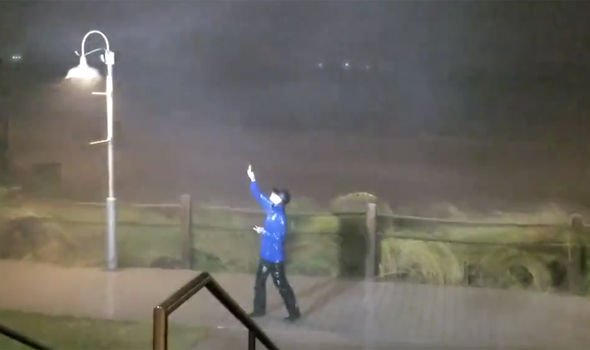 “Understand, our state has not seen a storm surge like this in many, many decades.

“We haven’t seen wind speeds like we’re going to experience in a very, very long time.”

In a radio interview on Wednesday night, he talked of the “apocalyptic” language that meteorologists had been using to describe the storm and its impact. 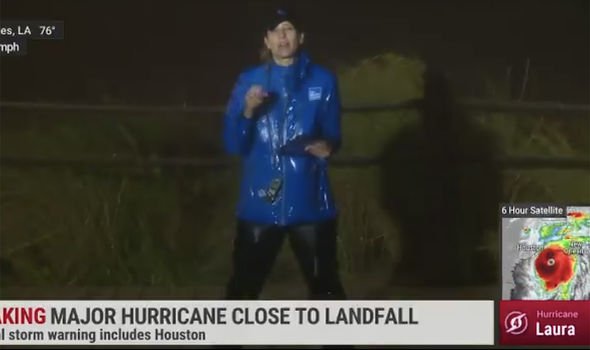 Experts fear that the Category 4 storm could leave parts of the US uninhabitable for months.

In just 24 hours the storm grew by nearly 90 percent in power.

The storm jumped from a Category 1 on Tuesday to a high-end Category 4 Wednesday night.

Half a million residents have been told to leave parts of Texas and Louisiana.