Iran nuclear deal: US takes first steps to rejoining accord with talks next week

The US and Iran have said they will begin negotations through intermediaries to try to get both countries back into an accord limiting Iran’s nuclear programme.

The announcement marked the first major progress in efforts to return both countries to the 2015 accord, which bound Iran to restrictions on its nuclear programmes in return for relief from US and international sanctions.

“These remain early days and we don’t anticipate an immediate breakthrough as there will be difficult discussions ahead,” US State Department spokesman Ned Price said.

“But we believe this is a healthy step forward.”

Former US president Donald Trump withdrew from the Iran nuclear deal in 2018 and reimposed US sanctions on Iran, prompting Tehran to violate some of the pact’s nuclear restrictions in retaliation.

His successor, Joe Biden, pledged to rejoin the accord in which Iran agreed to dismantle much of its nuclear programme and open its facilities to more extensive international inspections in exchange for sanctions relief. 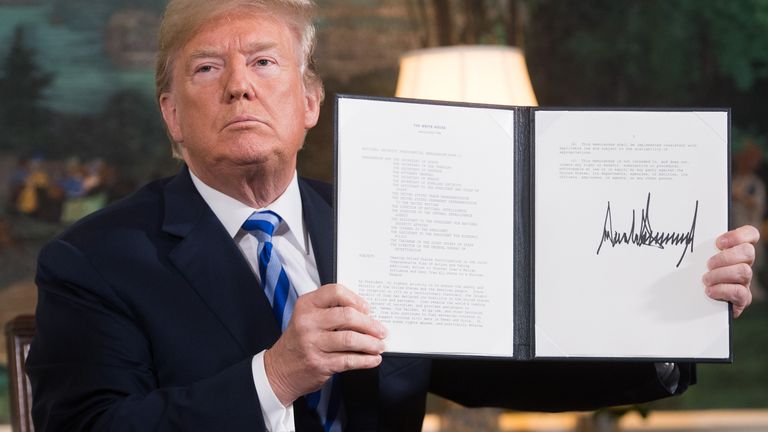 Diplomats on Friday said officials from Tehran and Washington will travel to Vienna, where the agreement was signed, next week to try to revive the accord.

Mr Price said the talks would be structured around working groups the European Union is going to form with the remaining participants of the agreement, including Iran.

The key issues surround steps Iran would need to take to return to compliance with the nuclear pact.

Steps towards sanctions relief by the US would also be key, Mr Price said.

In February, Iranian President Hassan Rouhani said his country would abide by the accord if the US and its five other signatories – the UK, Russia, France, Germany, China and the EU – did the same.

The talks will begin in Austria on 6 April.