Iraq’s prime minister has survived an attempted assassination by a drone armed with explosives.

Baghdad residents heard the sound of an explosion followed by gunfire from the heavily-fortified area, which houses government offices and foreign embassies. 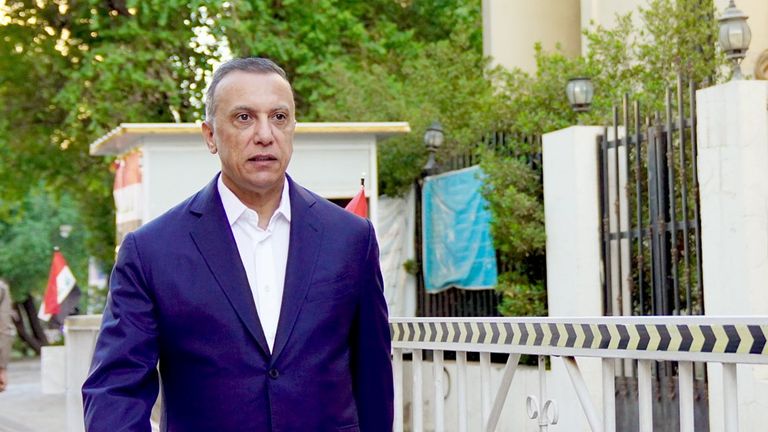 Shortly after the attack, the prime minister tweeted: “The rockets of treason will not shake one bit of the steadfastness and determination of the heroic security forces.”

“I am fine and among my people. Thank God,” he added.

Seven of his security guards were injured in the attack, two Iraqi officials told The Associated Press.

A government statement released by the state-run media said the assassination attempt was with “an explosives-laden drone that tried to target his residence in the Green Zone”.

It added that Mr al Kadhimi was “unharmed and in good health”.

“The security forces are taking the necessary measures in connection with this failed attempt,” it said.

The US State Department described the attack as an “apparent act of terrorism”.

“We are relieved to learn the Prime Minister was unharmed.

“This apparent act of terrorism, which we strongly condemn, was directed at the heart of the Iraqi state. We are in close touch with the Iraqi security forces charged with upholding Iraq’s sovereignty and independence and have offered our assistance as they investigate this attack.

“Our commitment to our Iraqi partners is unshakeable. The United States stands with the government and people of Iraq.”

No group has claimed responsibility for the attack.

It comes after violent protests in Baghdad over the result of a general election last month.

Heavily-armed militias, backed by Iran, lost much of their parliamentary power in the 10 October election and have alleged voting and vote-counting irregularities.