Ireland: Micheal Martin set to be next taoiseach after historic coalition deal agreed

A total of 128 days after an inconclusive general election, laborious talks have finally resulted in agreement between the two historically bitter rivals for a new government, which will also include the Green Party.

Current taoiseach and leader of Fine Gael Leo Varadkar will share the premiership with Mr Martin on a rotating basis over the intended five-year lifespan of the new government. 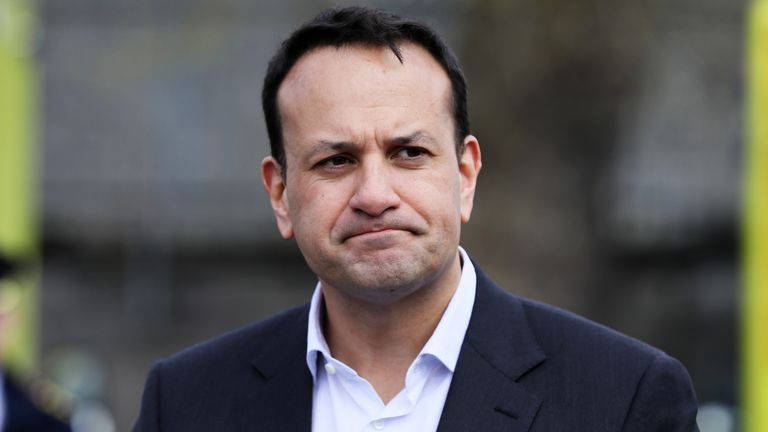 The draft programme for government has yet to be published, but is expected to include a major stimulus package for an economy hit hard by the coronavirus crisis, as well as significant commitments on reducing Ireland’s carbon emissions by an average of 7% a year and an increase in carbon tax.

For decades, an alliance between Fine Gael and Fianna Fail would have been politically unthinkable.

The parties’ roots lie on either side of Ireland’s bitter Civil War of 1922-23, and even as the memory of warfare and bloodshed faded, the two organisations remained intense rivals throughout the 20th century.

Every Irish government since 1932 has been led by one of the two parties.

However, modern parliamentary arithmetic, as the electorate fragmented and turned to other parties like Sinn Fein, as well as the COVID-19 crisis, has now precipitated what is widely being seen as a coalition of necessity.

There is also a possibly belated recognition that the two centrist parties are fairly aligned ideologically and policy-wise. 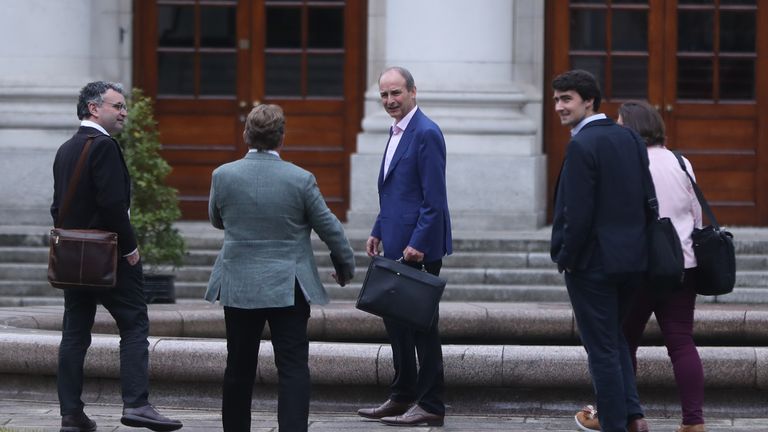 The Sinn Fein surge in February’s election, as voters punished the Fine Gael-led government over housing and healthcare, means that Fine Gael and Fianna Fail don’t have enough seats for a working majority on their own.

That has resulted in a return to coalition for Eamon Ryan’s resurgent Green Party, which has extracted significant environmental concessions in exchange for its support.

The parties now have to get the deal approved by their respective memberships.

Fine Gael has an electoral college system, placing heavy emphasis on the parliamentary party, which should secure approval.

Fianna Fail are expected to ballot its members, some of whom will be opposed to coalition with their biggest rivals.

The Greens must secure a two-thirds majority for approval when its members vote on the deal. The party is also facing a leadership challenge to Eamon Ryan from its deputy leader Catherine Martin.

Mary Lou McDonald’s Sinn Fein, widely deemed to have “won” the February election with the largest share of the popular vote, but which fell well short of the seat numbers needed to form a government, will now be the main opposition party.

Analysis: Historic deal driven by determination to keep Sinn Fein out – but it may suit party
By Stephen Murphy, Ireland correspondent

It’s hard to overstate the intense rivalry that has existed for most of a century between the new government partners, tracing as they do their origins to pro and anti-treaty factions during Ireland’s bloody and bitter struggle for independence from Britain.

However, in a UK context, this deal is not comparable to the Conservatives and Labour forming a coalition.

It’s been clear for decades that when history is put to one side, the two centrist parties share many political outlooks, and many of their policies are practically interchangeable.

It has taken a increasingly fragmented vote, and a determination to keep Sinn Fein out of office however, that has led to this historic partnership.

In many ways, the Greens are the big winners in this new deal.

Although very much the makeweights in the new government, they have pushed a hard bargain, and seemed to have secured real concessions on emissions, carbon tax and public transport.

The party does face the toughest challenge on getting the deal passed by members though.

The leaders need a two-thirds majority and with many new party members over recent months, it’s hard to know which way they will vote.

For Sinn Fein there will be mixed feelings.

For many party supporters, life in opposition will be a bitter pill to swallow after taking the biggest share of the vote in February’s election.

On the other hand, the coming months promise to be a very rocky road for the new administration. All the economic data points towards a coming recession, with surging unemployment and heavy borrowing.

Add to this some very tough decisions on public health as the pandemic continues, and the prospect of a no-deal Brexit further battering Ireland’s economy, and it may well suit Mary Lou McDonald’s party to spend the next few years hammering the big two parties from the opposition benches, building their electoral support, with an eye very much on reaping the rewards at the next general election.