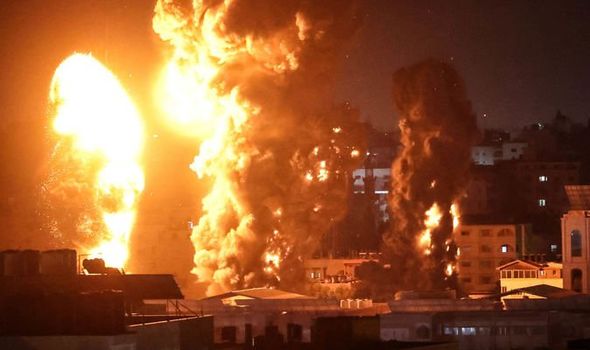 The death toll in Gaza rose by two to 200, said officials. Riyad Eshkuntana lost his wife and three daughters.

He said: “My wife jumped, she hugged the girls to take them out from the room, then a second air strike hit the room.” Surviving daughter Suzy, six, was rescued after seven hours under debris.

A Foreign Office spokesman said: “Israel must make every effort to avoid civilian casualties and military activity must be proportionate.”

US Secretary of State Antony Blinken said Washington was working hard to halt the conflict.