Home » Jamal Khashoggi: How journalist met his death inside Saudi consulate in Istanbul

Jamal Khashoggi: How journalist met his death inside Saudi consulate in Istanbul

Journalist Jamal Khashoggi entered the Saudi consulate in Istanbul on 2 October 2018 to obtain papers he needed to get married. He never re-emerged.

Reports claimed that the Washington Post columnist had been tortured, murdered and dismembered inside the building for his opposition to the Riyadh regime after a hit squad was sent to target him.

After Saudi Arabia confirmed Mr Khashoggi died inside the consulate, sources told Sky News Mr Khashoggi was “cut up” and his face “disfigured”.

Here, Sky News looks at how events unfolded on the day the journalist was killed.

The following images from Turkish media appear to show the events of the day, but there is no way to independently verify them.

A private jet carrying nine Saudis – said to be linked to Mr Khashoggi’s death – lands at Ataturk International Airport in Istanbul after 3am on 2 October. 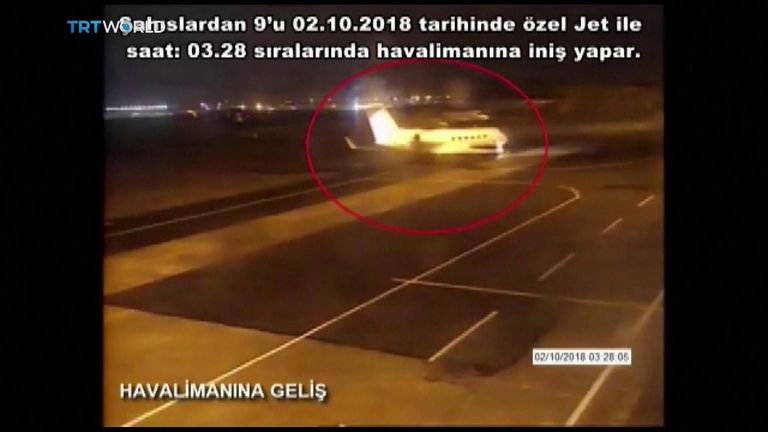 Black vans drive on the airport tarmac around the time the private jet arrives. 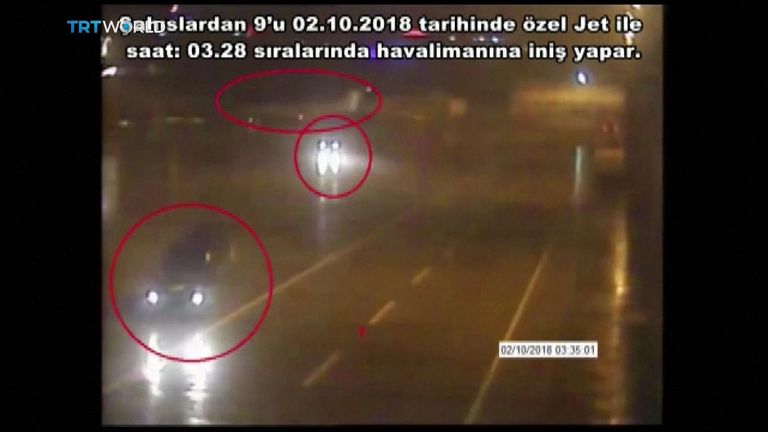 The group of Saudis pass through airport security. 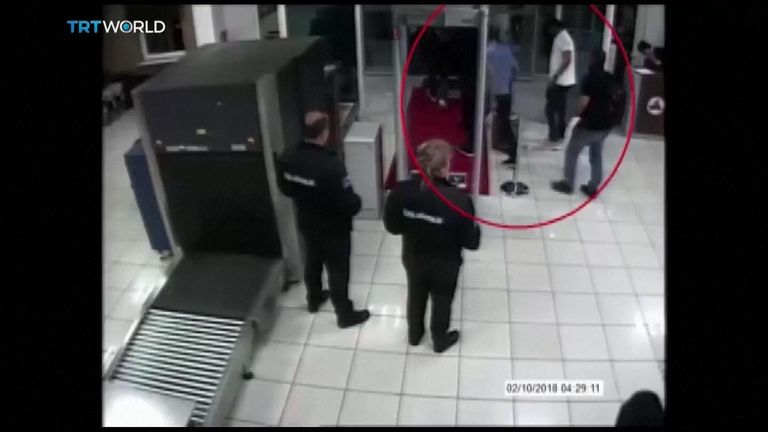 The Saudis arrive at the Movenpick Hotel and are seen in the lobby area, while two take a lift. 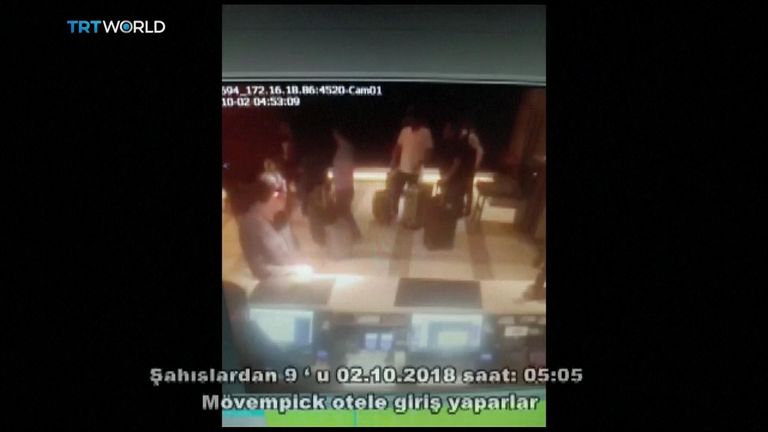 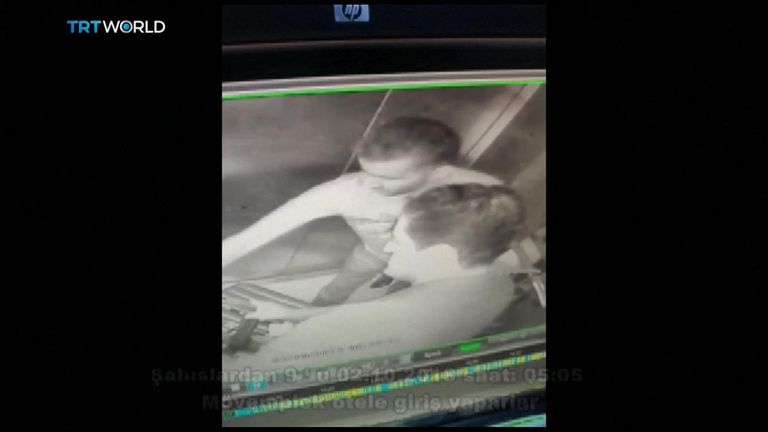 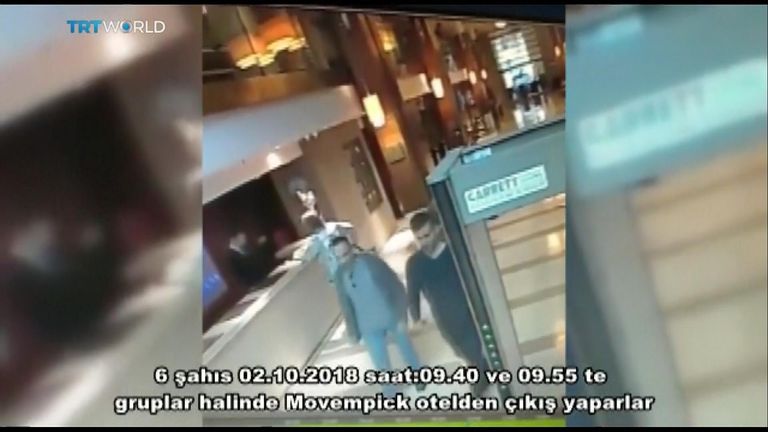 Another group of seven Saudis arrive at the Wyand Grande hotel, along with a black car.

They arrive at different times on 1 October and 2 October, which are still being verified. 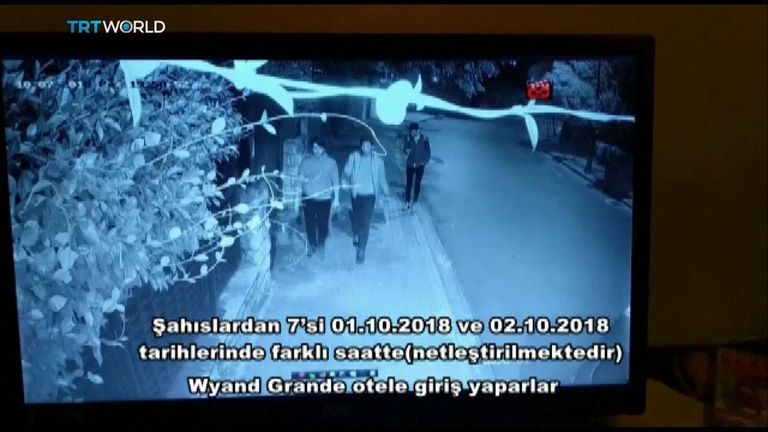 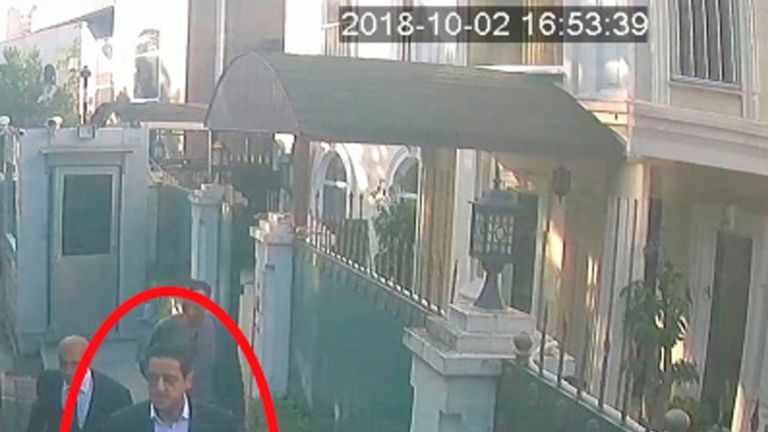 Footage shows Mr Khashoggi entering the Saudi consulate after 1pm on 2 October. His fiancee Hatice Cengiz waits outside the building. One of the “hit squad” apparently changes into the journalist’s clothes as part of a decoy attempt.

It was around 90 minutes after Mr Khashoggi had entered the building.

CCTV from the consulate around two hours before the journalist arrived appears to show al Madani entering the building wearing different clothes. A van and a black car arrive and leave the Saudi consulate. A black van arrives at the Saudi consulate and enters a garage. When Mr Khashoggi failed to come out of the consulate after several hours, Hatice is understood to have called an adviser to the Turkish president and a journalist friend to raise the alarm. 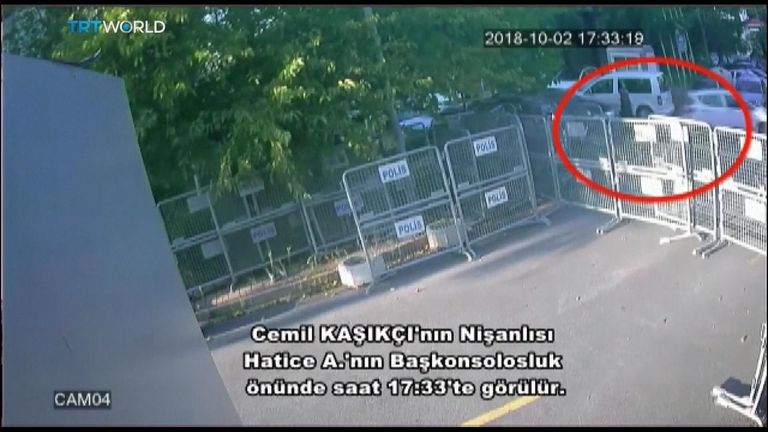 The Saudis leave the hotels in groups.

Sky News has learnt that Turkish authorities tried to set up roadblocks to stop the alleged killers reaching the airport. They also put out a call to the airport to stop them at passport control.

It is thought that, as many of the Saudi team had diplomatic status, they went through a VIP section of the airport. A white jeep and a private jet is seen on the airport tarmac – six people are thought to have left the airport. Another group of Saudis leave by private jet.

Sky News sources say one of the jets taking the team back to Saudi Arabia was searched by Turkish police posing as cleaners – but they found nothing. 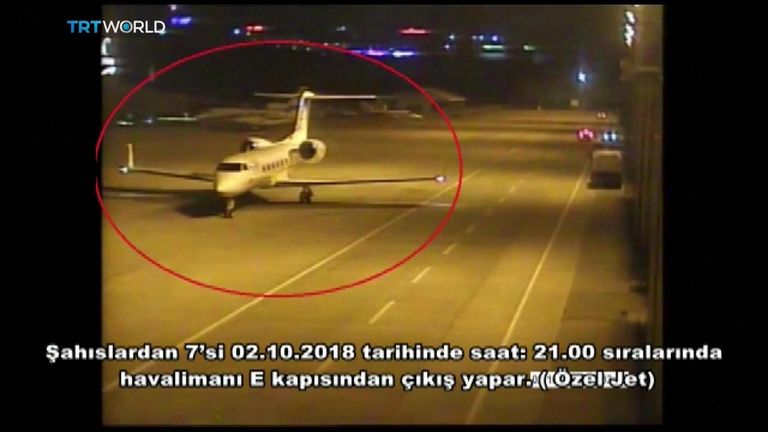