On Wednesday the US President announced tax increases that will target businesses, married couples, high earners on more than $400,000 (£290,000). During an address at the White House, Mr Biden clarified the move was not intended to “punish” certain individuals.

He said: ““I didn’t hear anybody hollering in this recovery, so-called, before I became president, this k-shaped recovery. Where is the outrage there?”

The President added: “I’m not trying to punish anybody but dammit. Maybe because I come from a middle class neighbourhood.

He also confirmed his intentions to find compromise with Republicans, but would not accept inaction. 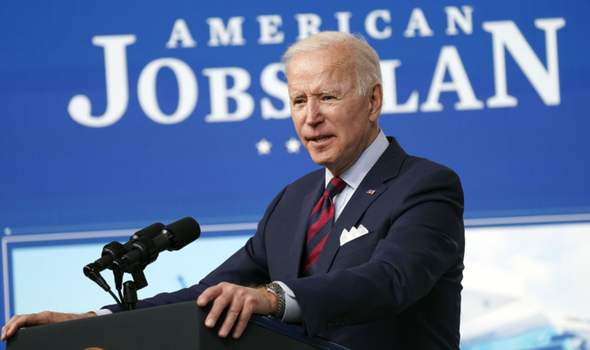 Mr Biden said: “Compromise is inevitable. But here’s what we won’t be open to.

“We will not be open to doing nothing. Inaction simply is not an option.”

The policy change is intended to support his plans for infrastructure, including the construction of new roads and green technology development.

One new green infrastructure policy that the Biden Administration is putting forward is to lease federal offshore territory for wind farms. 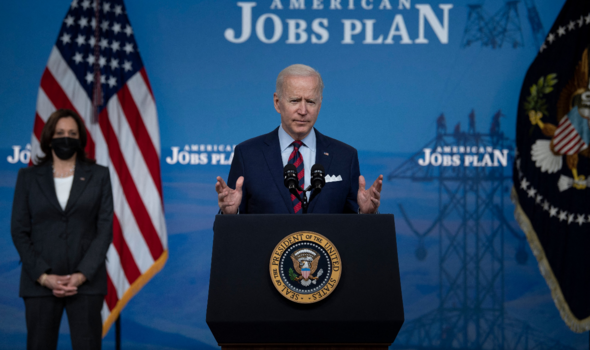 The total infrastructure proposal is set to cost approximately $4trillion (£2.9trillion), with the remaining $1trillion being obtained by borrowing.

The new administration deems borrowing so much money as reasonable considering the historically low-interest rates.

On Monday White House press secretary Jen Psaki said: “The president has a plan to fix the infrastructure of our country.

“He has a plan to pay for it. If members of Congress don’t like it, we´re happy to look at their proposals.”