Joe Biden falls over while boarding Air Force One

The US President was flying to Atlanta to meet members of the Asian American community following the death of six Asian women. The 78-year-old quickly recovered from the fall and continued up the stairs. Joe Biden appeared to trip on the steps twice before falling out of sight in footage widely shared online.

One wrote: “I just didn’t get why Biden didn’t take 2 seconds after the first fall to calm himself instead of forcing himself to speed up leading to the 2nd and 3rd falls.

“People trip and fall. It happens. The odd part was what Biden did after the first trip.”

Another added: “I’m just worried as Biden’s gait has been poor since his ankle fracture six months ago. 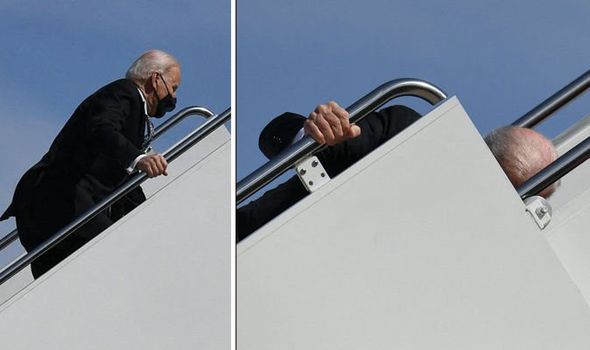 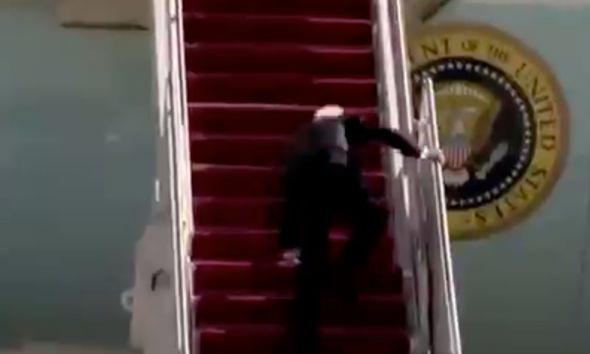 “His gait is precisely the gait the elderly get before their first big fall.”

A third said: “This man has no business in the position he was installed in. He’s not physically or mentally fit to be there!

“He’ll be down for days because of this fall.”

It comes a year after Mr Biden released a medical assessment which describes him as “healthy and vigorous”. 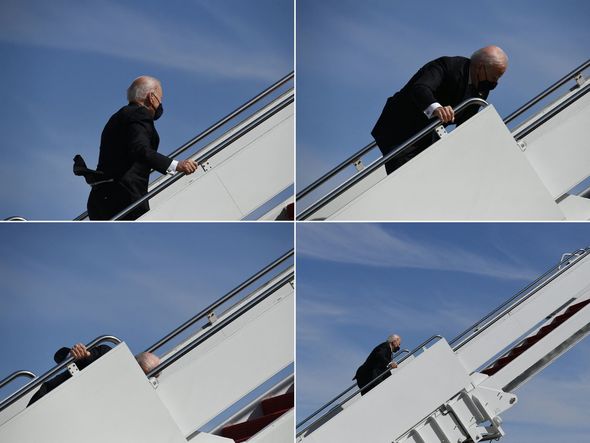 Mr Biden, who survived two brain aneurysms in the late 1980s, has not had any serious medical issues since.

The President is taking blood thinners and medication for acid reflux, cholesterol and seasonal allergies, according to NBC News.