Joe Biden says there’s ‘not going to be a recession’

Joe Biden’s popularity has deteriorated in the US leaving many Democrats worried that they could lose the 2024 election. A CNN poll now suggests Mr Biden’s own party is done with him. A huge 75 percent of those surveyed said they want someone else to represent the Democrats at the next election. Just 25 percent said they want Mr Biden as the nominee, which is a big drop from 45 percent in a poll conducted in February.

The speculation around the US President’s plans for 2024 were in doubt even before he was elected.

This has been capitalised on by his opponents: in January, former South Carolina Governor Nikki Haley called on Mr Biden to resign.

She told Fox News Radio: “Honestly, for the good of our country, if Biden loved our country, he would step down and take [Vice President] Kamala [Harris] with him.

“Because the foreign policy situation is beyond dangerous at this point.”

Ms Haley, who is a potential 2024 Republican presidential candidate, was criticising Mr Biden over the Winter Olympic Games in China. 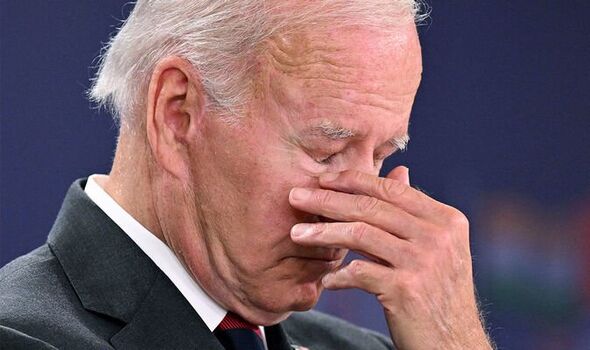 She added: “The reason I pushed so hard for a boycott of the Beijing Olympics is because if they get a pass and we get past these Olympics and we still look weak, they’re going to do whatever they want because they can.”

Prior to this, she had also criticised Mr Biden for his foreign policy on issues from Afghanistan to Russia.

She said: “We’re suffering with the fact that, with the fall of Afghanistan, I mean you’ve got anywhere from Putin, Xi, Kim Jong Un in North Korea to the ayatollahs in Iran — they all get what an amazing opportunity this is.

“They know that they’ve never had a weak president like this before. They know they probably never will have another one again, so they are trying to get everything they can.”

While Mr Biden is under increasing pressure, White House Press Secretary Karine Jean-Pierre maintained that the US President is unfazed by recent negative headlines. 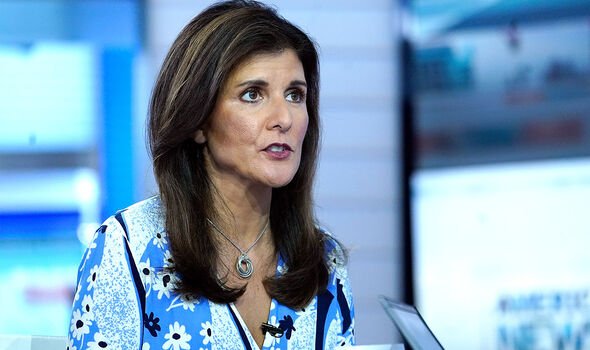 Speaking this week, she said: “We’re not worried about polls.

“The president has said – has been clear – that he intends to run but we are so far away from that time, from you know even being close to be thinking about that.

“But what I can say is we’re going to continue to do the work that I just laid out.”

Ms Jeane-Pierre added that Mr Biden is committed to tackling the cost of living crisis in the US, and dismissed the Republican Party’s plans for running the country.

She continued: “I will say on the other side, you got the MAGA (Make America Great Again) congressional Republicans who are putting forth plans that’s going to … sunset Medicare, sunset Social Security, right.? increase taxes for Americans making less than $100,000 a year. 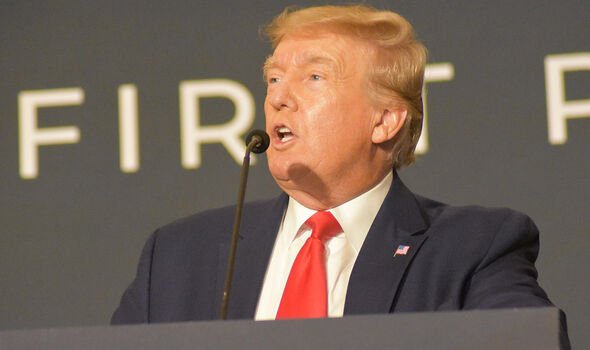 “That is what the plan is on the other side.

“At least this president has a plan. And he’s doing the work on behalf of the American people.”

Donald Trump has strongly indicated he will run again in 2024.

He added that his “big decision” was on whether he would announce his bid before or after the midterms in September.