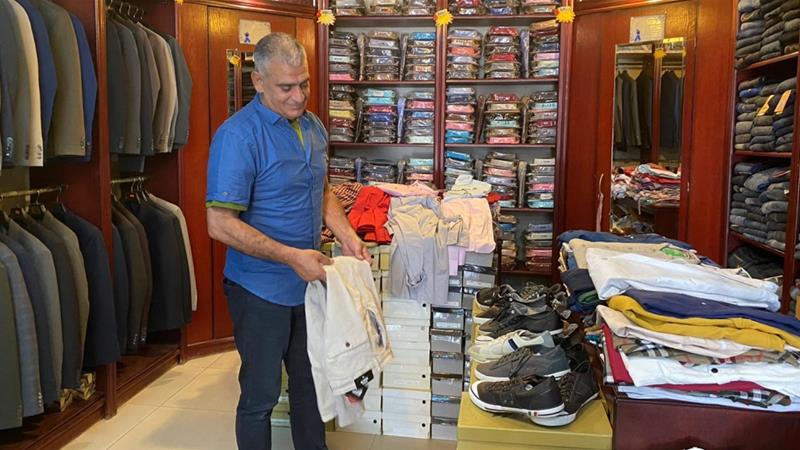 Like other small businesses around the world suffering steep declines with the spread of coronavirus, businesses in Jordan have had their profits take a pounding during the holy month of Ramadan.

Ramadan – the spiritual month of fasting, reflection, and worship for observant Muslims – is also considered a busy shopping season in Jordan and around the world, particularly the Eid al-Fitr holiday that marks its end.

Many small businesses – ones that prior to the pandemic anticipated a busy sales season during Ramadan but ended up shuttering their stores instead – are now facing mountains of debt or are on the brink of bankruptcy.

Jordan has few major corporations such as telecommunication firms and manufacturing giants, and small businesses are responsible for 75 percent of its gross domestic product (GDP), which currently stands at 32 billion dinars per year ($45bn).

Jordan has a population of 6.5 million citizens and almost three million refugees from neighbouring countries.

According to analysts, small businesses and family-owned shops provide the majority of the population with goods and services, ranging from dry cleaning to clothing and groceries.

Daily-wage earners such as painters, electricians, plumbers and others have suffered the most because of the COVID-19 lockdown and resulting loss of business and income. 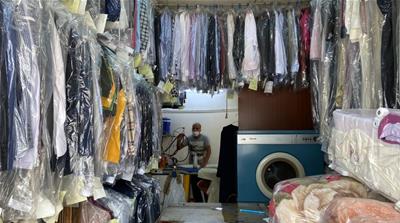 Abu Sajed, an owner of a small dry-cleaning business in the Yasmeen neighbourhood of the capital Amman, told Al Jazeera he closed his store for 45 days straight, which brought him to the edge of financial ruin.

He said his shop supports his family and that of his brother who also works in it, making about 350 dinars a month ($500) for each.

“When the government finally allowed us to open, we could not come to work because it refused to issue us permits to go out and drive a car to open the business,” said Sajed.

He said he applied to get a permit online through government sites, but was rejected each time because his was deemed a non-essential business.

“If we didn’t open the business back up and cater to our regular customers we will lose our only livelihood, especially during the Ramadan season. It is very confusing for us,” Sajed said.

The government initially allowed only neighbourhood grocery stores and butcher shops to open during the daytime so people could buy food supplies during the lockdown.

Other businesses were deemed “non-essential” such as computer and phone supply stores, clothing shops, and home repair businesses. These were barred from operating from mid-March until the end of April.

Mohammad Hussein, owner of a clothing store in Amman Old Town, said the lockdown has brought major losses to his business and personal income.

He noted Ramadan is one of the biggest shopping seasons of the year as people purchase new clothes for the Eid al-Fitr holiday.

“Because Ramadan came this year in the middle of the coronavirus lockdown, we are on the brink of bankruptcy,” he told Al Jazeera.

Abu Oday, who owns a clothing shop in the Nazzal area of Amman, said the prolonged shutdown of his store has practically killed his business.

“In normal conditions during the Ramadan season, we would have been very busy. But these days people are not buying new clothes for the holiday as they try to manage to feed their families as their first priority,” said Oday.

The government strategy to fight the coronavirus’s spread in the country has largely been effective in reducing the number of infections. There have been 629 cases and nine deaths as of Monday.

But it is has not helped family-owned businesses and daily-wage earners.

Jordanian economist Maen al-Qatamin, well known for his commentary on his YouTube channel, accused the government of “deception” and “misleading the public”, because it claimed to have no access to cash to support families and small business when in fact it did.

The government established several bank accounts to collect donations from the public and businesses to fund its operations, garnering more than 90 million dinars ($126m) in April. The majority of donations came from the banking sector, large corporations, and wealthy individuals.

The government established an account at the central bank worth $700m designed to help medium-sized companies with loans under strict financial conditions to cover operating costs. The government also said it distributed financial and food assistance to thousands of poor families around the country.

But according to al-Qatamin, small business owners were either deemed unqualified or were refused access to loans.

“Instead of supporting the public with cash to spend, the government went on slashing all of the public sector salaries by reducing wages to teachers and other government employees and abolishing scheduled salary raises,” he said.

The government also reduced the salaries of health care workers including doctors and nurses.

According to a finance ministry official, Jordan was suffering through a recession for years before the coronavirus pandemic hit.

“The current crisis will sink us further into recession unless the government starts really using sound economic policies and structural reform,” he told Al Jazeera on condition of anonymity, because he was not authorised to speak to the media.

The official said the government’s previous economic decisions were responsible for the deep financial crisis Jordan is going through today.

“The problem in Jordan is that no one and no government is really ever held accountable for the disasters they create for the country.”

Prime Minister Omar al-Razzaz was quoted in the local press as saying on Monday that his government will pay bonuses to the healthcare workers in appreciation for their work in fighting the pandemic.

“All the decisions the government has taken [during this crisis] were based on deep discussions and reviews with different government agencies,” al-Razzaz said. 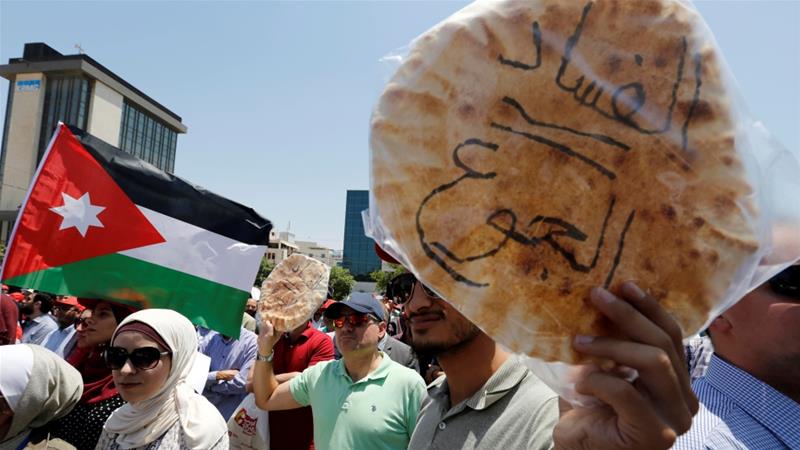 How can Jordan solve its economic crisis?