'Just one case': fears coronavirus may spread like wildfire in world's refugee camps

(Reuters) – In the world’s largest refugee settlement in Bangladesh, filmmaker Mohammed Arafat has been making public safety videos to warn about the dangers of coronavirus. 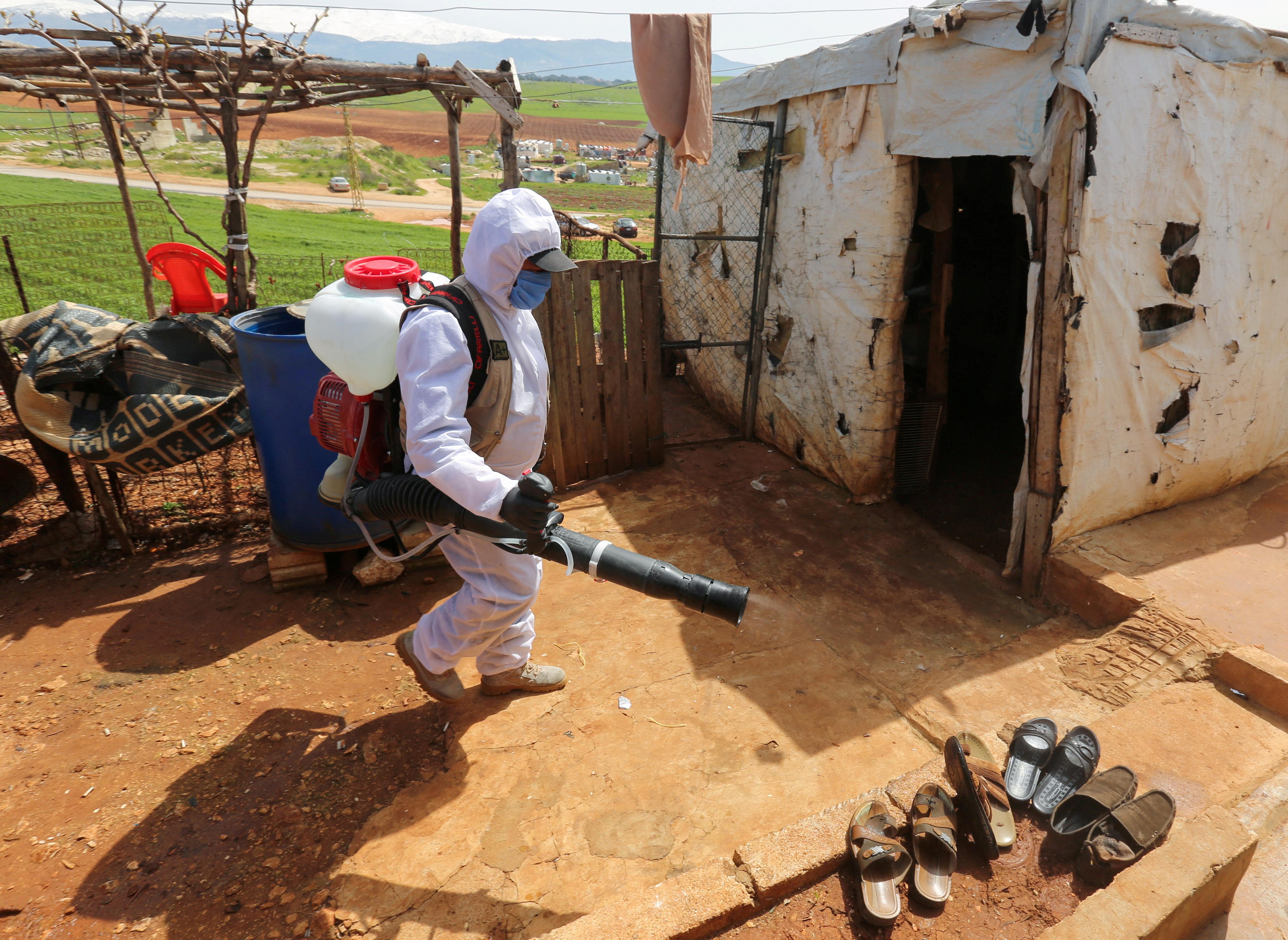 The 25-year-old is worried that the disease will devastate the vast, crowded camps that house more than one million Rohingya, members of a mostly Muslim minority who fled a brutal military crackdown in Myanmar.

“We are living in tiny, crowded shelters, we are sharing toilets,” he told Reuters. “It is very difficult to protect ourselves, it’s too crowded, people can’t breathe well.”

Bangladesh, which has reported 48 cases of the virus and five deaths, imposed a lockdown on Tuesday, the same day it confirmed the first case in Cox’s Bazar, the coastal district where the Rohingya camps are located. A family of four Rohingya have been quarantined after returning from India.

As the coronavirus forces the world’s big cities and wealthiest countries into lockdown, a potential humanitarian catastrophe threatens tens of millions of people crowded into refugee camps and makeshift settlements for displaced people from Bangladesh to Syria and across Africa, where healthcare and clean water is often scarce, sanitation is poor, illnesses are rife and social distancing is almost impossible.

“God forbid, if the virus gets into the camps, it would have a catastrophic effect,” Mahbub Alam Talukder, Bangladesh’s refugee relief and repatriation commissioner, told Reuters.

The United Nations says almost 70 million people uprooted by war and persecution around the world are in acute danger.

“We must come to the aid of the ultra-vulnerable – millions upon millions of people who are least able to protect themselves,” said U.N. Secretary-General António Guterres this week.

UNHCR, the U.N. agency charged with protecting refugees, is looking to raise $255 million from member states to tackle the problem, part of a wider U.N. response plan seeking $2.01 billion.

To be sure, camps in Bangladesh and elsewhere have experienced outbreaks of measles, diphtheria and other respiratory infections, and the SARS (Severe Acute Respiratory Syndrome) and Ebola epidemics did not lead to large-scale infections or mass deaths of refugees.

However, the latest coronavirus has exceeded all previous outbreaks, infecting almost 600,000 people globally and killing more than 27,000, according to a Reuters tally.

For an interactive graphic tracking the global spread, open tmsnrt.rs/3aIRuz7 in an external browser.

The mazy hills around Cox’s Bazar in Bangladesh are more densely populated than the most crowded cities on earth, with 60,000 to 90,000 people jammed into each square kilometer where as many as a dozen people share single small shelters and many more use the same water well and toilet.

Arafat, who fled violence in Myanmar eight years ago, urges people in his short videos to wash their hands and keep their distance from one another. But he cannot share the videos as mobile networks in the area have been curtailed by the government since last year on unspecified security grounds. As a result, both he and aid workers are struggling to educate the population about the spread of the virus.

In recent days volunteers have been blasting public health messages from radios and loudspeakers, but Arafat said rumors and misinformation persist, with some pinning their hopes on prayer, eating leaves and exposure to heat to ward off the virus.

“It needs just one case and it would be really critical,” said Haiko Magtrayo, a Cox’s Bazar-based aid worker from the International Committee of the Red Cross. Further spread would be “uncontrollable,” he added.

The closest hospital with an intensive care unit is in the town of Cox’s Bazar. The U.N. refugee agency says it is trying to expand the capacity to 10 beds and to improve healthcare services inside the camps, but as rumors spread, some are panicking.

“What is happening!” Mohammed Junaid, 21, said in a message to Reuters. “If something happens, where will we go for treatment?”

Similar fears are spreading in regions torn by war and natural disasters in the Middle East and Africa.

In Syria, where nearly a decade of war has uprooted 6.1 million people and forced some 5.3 million to flee to neighboring states, the coronavirus is a new threat for communities ill-equipped to deal with it.

“We don’t wash our hands much because water is in short supply,” said Nayef al-Ahmad, 33, who has lived for five years in a camp for displaced people on muddy ground near the town of Azaz, which houses about 150 families in grimy tents. “Gloves and masks are not available and if they are available they are very expensive,” said al-Ahmad, who lives with his wife and seven children.

At another camp in nearby Idlib province, families have been moved from several large communal tents into individual tents, an effort to pre-empt the spread of the virus, though no cases have been recorded in the rebel-held northwest yet.

“We’ve split them up as much as we can,” said Ibrahim Sahhari, an administrator at the camp near Maarat Misrin.

Idlib has received around 1,500 coronavirus testing kits in the last few days. Its population is close to 3 million.

“Isolation is so difficult,” said Mohamed Tennari, a doctor and medical coordinator in the Idlib region. “Some people are still living in schools or in mosques. So all of this, if we have corona patients, will help the virus to spread very widely.”

Similar overcrowding worries rage in neighboring countries hosting Syrian refugees. Lebanon has recorded around 350 cases so far, though none in refugee camps. “Whenever someone breathes, their neighbor can feel it,” said Syrian refugee Hamda Hassan, describing her camp in northern Lebanon.

In Burkina Faso in western Africa, the Barsalogho camp houses about 75,000 people fleeing a jihadist insurgency, many in wood-framed tents covered with straw mats and white tarpaulin, pitched close together. Medical charities warn residents of the dangers of coronavirus, which has already spread across the capital Ouagadougou, infecting over 150 and killing eight.

But shortages of water and sanitary supplies are making it difficult.

Families of up to 10 people share about 20 liters of water a day, or about five gallons, said Manenji Mangundu, who leads operations for the Norwegian Refugee Council in Burkina Faso, well below the 35 liters per person that the NRC says is enough for a proper response to the coronavirus.

“The situation in densely populated camps such as Barsalogho with poor healthcare is the perfect storm for a devastating outbreak. Facilities are shared, shelters are shared. If one case is reported in the site, it can spread like wildfire,” Mangundu said.

Wendkouni Sawadogo, 27, lives at the camp with his family and shares a tent with 10 people.

“I know we should wash our hands all the time and not greet people in the normal way,” he said, adding that he was aware of the growing number of cases from television news reports, but sometimes he has no water.

In central Mozambique, where more than 90,000 victims of last year’s Cyclone Idai are still living in resettlement camps, large families of more than 10 people cram into one tent, with shared water sources and latrines, often open air with only plastic sheets for privacy. In some cases thousands of people share one water source, or they have to walk hours to one used by nearby communities.

Espinola Caribe, the World Food Programme’s head of sub-office in Beira, the port city where the cyclone made landfall and displaced tens of thousands of people, said any virus outbreak would be a disaster for those with immune systems weakened by the effects of extreme poverty.

Hand-washing sites are being installed in the camps and posters printed to raise awareness as aid workers try to spread the message face to face. Many camp residents do not have phones, and when they do, there is no guarantee they have power.

Even when the message gets across, Caribe said conditions make it very difficult for people to comply: tents become unbearably hot in the daytime and families are forced to mix at water points, where there might be a shared bucket for collection, and conditions can be unsanitary.

In Somalia, where violence and natural disasters have displaced 2.6 million of the country’s 15 million people, tens of thousands of families are dotted around the capital Mogadishu under makeshift tents of rags stretched over a frame of sticks. Lucky ones may have a plastic tarpaulin. The seasonal rains have just begun.

Somali telecom companies are sending text messages about the importance of washing hands. But many have no soap and very little water, so simply use sand and ashes. Many do not have vessels to store water: several families might share one 20-litre container.

“We are already living in bad conditions and if coronavirus visits us, then there is no hope for life,” said Hawa Ali Ibrahim, a 50-year-old mother. She lives with her husband, three children and grandchildren in the capital’s Alafuuto Camp, where there is no soap. “We use sand and ashes to wash our hands.”

Neighboring Kenya is home to nearly half a million registered refugees, about 217,000 of those living in one sprawling camp called Dadaab, near the Somali border, according to the U.N. 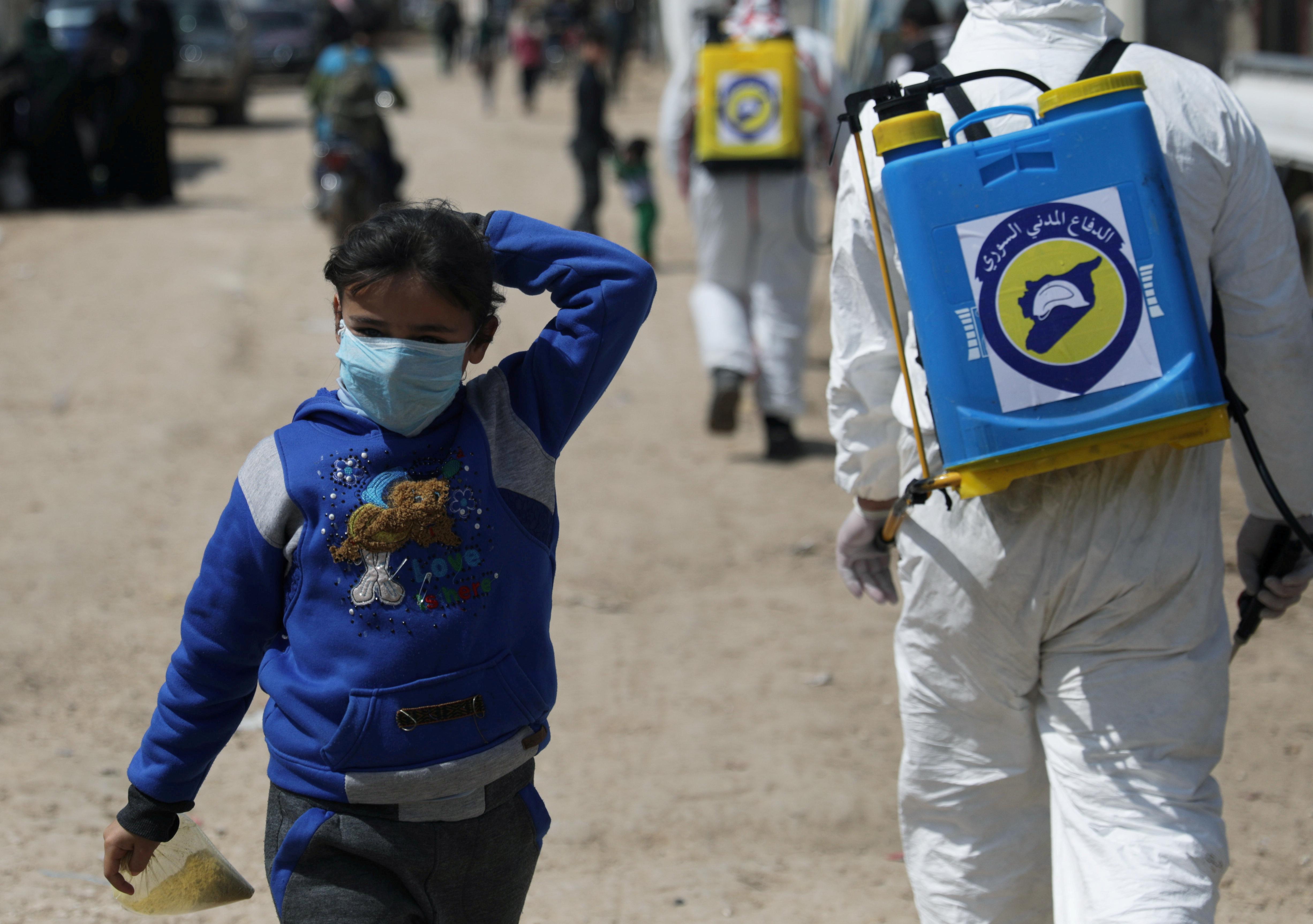 UNHCR is training health workers – some of whom are refugee community leaders – and running a multilingual hotline for refugees to report symptoms. They are increasing the distribution of soap and creating more hand-washing stations.