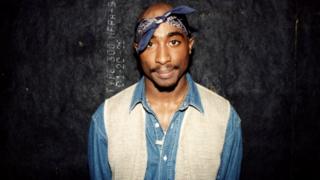 The governor of Kentucky has apologised to a man named Tupac Shakur, after he filed for unemployment and was wrongly labelled a prankster.

Alas for fans of the popular US rapper, whose 1996 death sparked years of conspiracy theories, it appears the applicant wasn’t him – but a man who changed his name by deed poll.

“Can’t be doing that,” he told media.

“We had somebody apply for unemployment for Tupac Shakur here in Kentucky,” Mr Beshear said.

“And that person may have thought they were being funny, they probably did. Except for the fact that because of them, we had to go through so many other claims.”

The criticism came as a shock to Tupac Malik Shakur, 46, who reportedly lives in Lexington, Kentucky, and had worked as a cook before the coronavirus pandemic closed down restaurants.

Mr Shakur, who goes by Malik, filed for unemployment on 13 March and has since waited in vain for his cheque.

“I’ve been struggling for the last month trying to figure out how to pay the bills,” he told the Lexington Herald-Leader.

Mr Shakur said he had legally changed his name in about 1998, two years after the rapper, also known as 2Pac, was shot dead.

When Governor Beshear learned of the error, he telephoned Mr Shakur to apologise.

The cook said he appreciated the gesture, observing: “I understand, he’s dealing with a lot. Mistakes happen.”

In a press conference on Tuesday, Mr Beshear promised the unemployment claim would now be addressed.

“I told him how it happened, but I owned it,” he said. “It’s my fault. He was gracious. I said I’m sorry if I embarrassed him or caused him any attention he didn’t want, and he was very kind. He ended the call, ‘God bless.'”

Almost 24% of the workforce in Kentucky has reportedly filed for unemployment, as coronavirus restrictions batter many employment sectors.

The state was among those hit by anti-lockdown protests this month, as demonstrators demanded an end to stay-at-home measures.

Figures released on Wednesday show the US economy suffered its most severe contraction in more than a decade in the first quarter of the year, as the country locked down to slow the spread of Covid-19. 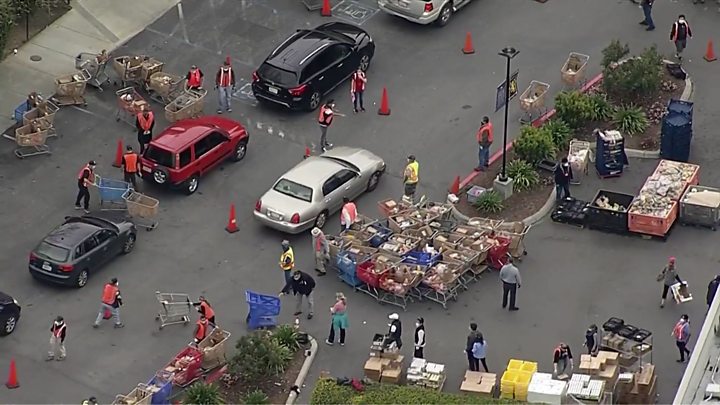