Killers pose as drug agents to shoot president in home 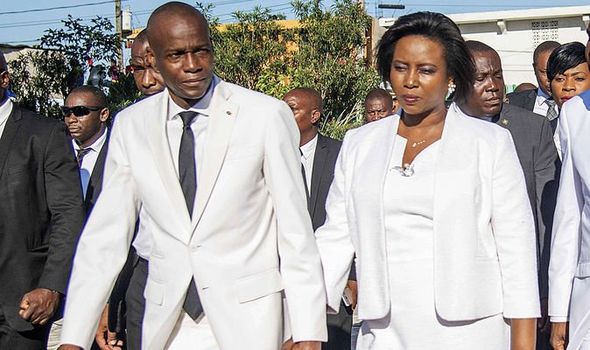 The shooting, which left Mr Moise’s wife Martine seriously injured, has sent the lawless state spiralling towards anarchy. President Moise, 53, had been accused of trying to impose dictatorship on the island nation, infamous for political unrest and gang violence.

But the murder at his secure mansion, in a safe and stable neighbourhood outside the capital Port-au-Prince, left even hardened observers shocked.

Interim Prime Minister Claude Joseph said “this odious, inhuman and barbaric act” was carried out by a Spanish-speaking “commando group”.

However, footage has emerged of a gunman speaking English with an American accent, claiming to be from the US Drug Enforcement Administration. While entering the complex in leafy Petionville, he shouted: “DEA operation. Everybody stand down.”

Mr Joseph’s government has declared a state of emergency.

Boris Johnson joined global condemnation of the attack. He said he was “shocked and saddened” at Moise’s death and called for calm. US President Joe Biden’s press secretary Jen Psaki said: “We stand ready and stand by them to provide any assistance that’s needed.”