Kim Jong Un has sacked officials building a hospital in North Korea after they pressed the public for contributions.

It is the second time the North Korean leader has rebuked the high-profile project, which may indicate the country is struggling to secure supplies amid US-led sanctions and a coronavirus lockdown.

Mr Kim ordered the Pyongyang General Hospital to be built by October and described it as a “top priority” in improving public health in the face of the COVID-19 pandemic. 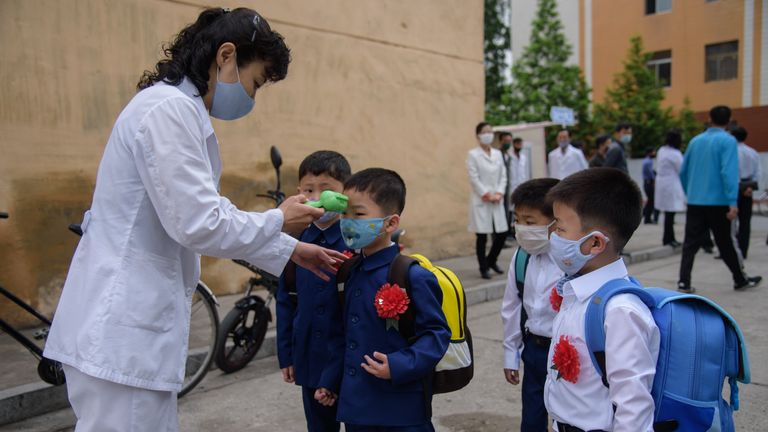 But during his latest visit to the site, Mr Kim fired a group of project managers for failing to allocate a proper budget and using equipment and materials supplied by ordinary citizens.

He said his ambitious project of building a new general hospital was being carried out in a “careless manner” and ordered all officials responsible to be replaced, the KCNA state news agency reported.

“He severely rebuked them for burdening the people by encouraging all kinds of ‘assistance’,” the agency said.

However, KCNA did not state when Mr Kim visited the site or if he commented on the stalled nuclear diplomacy with the Trump administration or international sanctions over his nuclear weapons programme.

The sackings came after Mr Kim had criticised the managers earlier this month for causing delays with “inattention” and violating unspecified anti-epidemic rules.

Yang Moo-jin, a professor at the University of North Korean Studies in Seoul, said the move hinted at broader difficulties facing the country’s economy.

“It indicates potential delays and further obstacles in meeting the October deadline given difficulties in mobilising resources due to the pandemic and sanctions,” Mr Yang said.