Lessons for the world from Asia’s new virus spikes 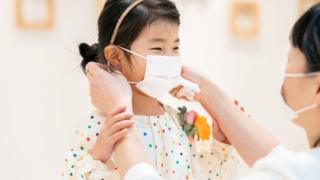 Asia was the first place to experience the coronavirus, impose lockdowns and then emerge from them. It was also the first to experience new groups of infections, with clusters from nightclubs in Seoul, the Russia-China border, and elsewhere. Although it is early for conclusions, can lessons be learned?

Terms such as second wave, spikes or clusters of cases are bandied around, but what do they mean?

Medically, a second wave refers to the resurgence of infection in a different part of a population after an initial decrease. The WHO says past pandemics have been characterised by “waves of activity spread over months”.

In Asia, we have been seeing isolated clusters and regional spikes in infection numbers. and it is hard to predict how they will develop.

But for Jennifer Rohn, a cell biologist at University College, London, a second wave of coronavirus infections is no longer a matter of “if” – but of “when, and how devastating”.

Even countries with effective strategies to tackle the pandemic through testing, tracing and lockdown management – such as South Korea – have seen spikes and clusters of cases.

So when the World Health Organization says the virus may be here to stay, nations need to understand that they will experience new cases. The challenge is how to predict, track and handle them.

2. Restrictions may have to return

“Don’t be too optimistic,” warns Prof Alistair McGuire, chair of health economics at the Department of Health Policy, London School of Economics.

“A successful lockdown does not mean an area will be free of the coronavirus.”

The Hokkaido region, in Japan, was one of the first to impose a severe confinement in late February. By mid-March, the number of new cases had fallen to one or two a day.

That second restriction has now been lifted, but officials know this may happen again – until a vaccine is found.

In China, too, restrictions were eased as cases declined, but by mid May, new clusters were reported, including in the city of Wuhan where the virus first emerged.

In Shulan, in China’s north-eastern Jilin province, dozens of cases prompted the government to reintroduce strict lockdown conditions there.

In South Korea, the latest cluster at a logistics centre outside Seoul led to the closure of more than 200 schools that had only been open for days.

Spikes in China’s provinces of Jilin and Heilongjiang were attributed to imported cases from neighbouring Russia.

In one instance, eight Chinese citizens returning from Russia tested positive, prompting the quarantining of some 300 others who had travelled in the same time frame.

China had for some time seen the number of imported cases exceed local transmissions and it brought in tough quarantine measures to combat this. For example, all Beijing-bound international flights are being diverted to other cities where they are screened – and quarantined.

Hong Kong established systems, such as electronic bracelets for those arriving from overseas, to track people’s movements and ensure quarantines were adhered to.

They might feel unsophisticated but experts agree such measures are important.

By early February, South Korea had swiftly developed a system to conduct about 10,000 free tests daily, while relying on apps and GPS technology to track down cases – giving it the framework to quickly squash any new outbreaks.

It allowed them to “put in place local alert systems, so even if the general situation is under control but a new focus emerges, that particular location can lock down,” adds Dr Rohn.

A cluster of new infections – first recorded on 12 May, after weeks with nearly no new domestic cases – was quickly traced and linked to specific locations in Seoul’s popular nightclub district. They have now traced 90,000 people in connection with that.

Almost 300 infections have been linked to the clubs – it was comprehensive tracing that helped officials track its progress through the population.

“We know this is a really, really infectious disease,” Prof McGuire adds. “You only have to look at what happened in South Korea, a country with efficient policies in place… once these were relaxed, they had a rebound. One single person managed to infect more than 100 others in a single weekend.”

The Korean Centres for Disease Control and Prevention (KCDC) has now been able to establish the origin of a number of these cases.

The outbreak in the Chinese city of Shulan close to the Russian border was traced to a laundry worker who infected 13 others initially, but officials still haven’t worked out how she got it.

China’s CDC has said it might have to conduct further epidemiological and biological investigations to see if her virus was a version of what was circulating in Russia.

“As long as the cases are found, timely investigated and tracked, the epidemic can be extinguished quickly, and there should be no outbreak,” Wu Zunyou a Chinese epidemiologist told local media, emphasising how crucial consistent testing and tracing is.

“We don’t just need to know who’s got the virus… you also need an antibody test to tell you who had it,” says Prof McGuire.

“This is important because those individuals are very likely to be immune to the virus and they are unlikely to be able to get the virus again, at least in the short term,” adds Ashley St John, assistant professor at Duke-NUS Medical School in Singapore.

Early on in Singapore’s outbreak two unrelated clusters were linked by conducting serological tests on two individuals who it turned out had the virus, but were asymptomatic. It was a crucial breakthrough that helped authorities contain the virus at that point.

“Since the virus can cause asymptomatic or mild disease, it can spread before an individual knows that he or she is sick. I am not aware of testing for immunity being done yet on a nationwide level, but it has been effectively used in Singapore to link clusters and identify suspected cases,” Prof St John adds.

Although it is not nationwide in Singapore, immunity testing is being done in certain vulnerable sectors, for example among pre-school teachers.

Their logic is that if you can find out who might have had the illness, but are not infectious now, you can send them back to work.

It is also important to look at what public health services can learn, says Professor Judit Vall, who has been monitoring how health systems cope, from the School of Economics at Universitat de Barcelona.

“In this pandemic, the health sector has proven it can reinvent itself and adapt quickly,” she says.

China built a 1,000-bed hospital in Wuhan in just eight days, and led the way on how to plan and organise emergency campaign hospitals.

“Hospitals and primary care centres all over the world have learned a great deal from others, but from themselves too,” says Prof Vall, “and they will be in a better position to handle the next wave when it comes.”

Most importantly, this has highlighted the need to keep re-investing in public health so countries can exist in a state of preparedness.

“There are studies in Asia [in the wake of Sars and Mers] showing how after an experience like this, health workers can suffer from post-traumatic stress disorders,” she says.

But perhaps, the main lesson to take on board is that “there is no single measure or tactic that has made the difference” on its own, says Dr Naoko Ishikawa, WHO’s Covid-19 Incident Manager for the Western Pacific Region.

“It’s not testing alone or physical distancing restrictions alone. Many of the countries and areas in this region have done all of these things, through a comprehensive whole-of-government, whole-of-society approach,” he adds.

“There is no immunisation in the population,” says Dr Rohn, and “until we have an effective and accessible vaccine, we all remain at risk.”