MONROVIA (Reuters) – A coronavirus lockdown in Liberia’s capital Monrovia got off to a chaotic start at the weekend, as some police officers used truncheons against residents who had ventured outside in search of provisions. 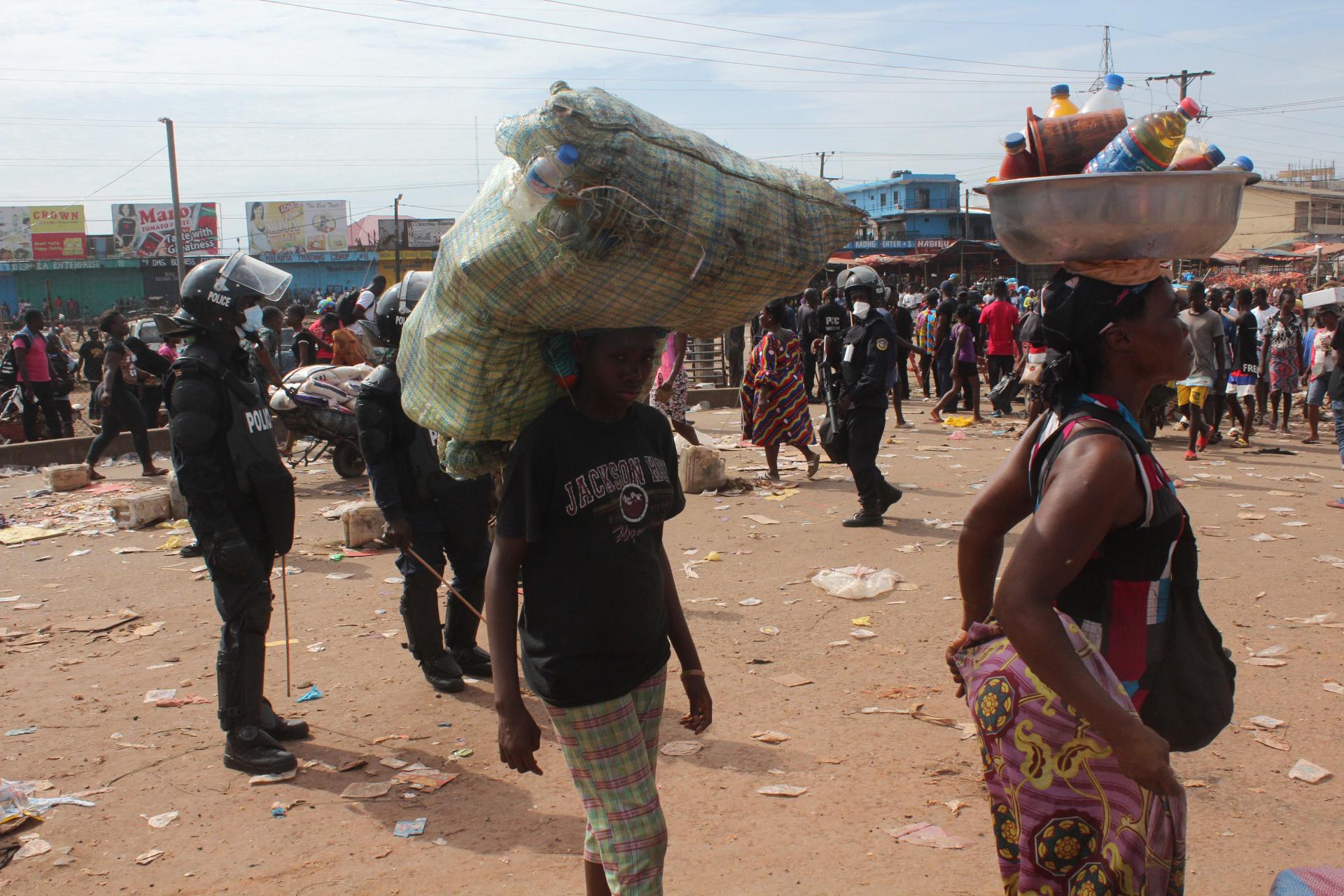 Confusion reigned across much of Monrovia, a city of more than 1 million people, with many having heard, erroneously, via social media that the government had ordered a 3 p.m. to 6 a.m. curfew rather than a full lockdown.

Many residents had voiced anger in the run-up to the lockdown ordered by President George Weah, which they said would do more harm than good in a country where more than half the population lives in poverty.

“Corona is not going to kill many people. It is hunger that will kill many Liberians,” said Jettroy Kolleh, a student, as he stood on Thursday outside a bank in Monrovia, where dozens of people had queued in close proximity to withdraw money.

The lockdown is a test of the Liberian authorities’ vows to improve on their handling of a quarantine of a Monrovia slum during the Ebola outbreak in 2014, which sparked riots by residents lacking food and water.

Liberia has so far confirmed at least 48 cases of the coronavirus, including five deaths.

Reuters TV footage from Saturday showed police patrolling in riot gear and pursuing people with truncheons. At the Red Light market, one of the city’s busiest, an excavator truck destroyed informal market stalls, where people had earlier congregated.

“We must understand the plight of our citizens and work with them constructively in ensuring that they can obey the stay-home order,” said Moses Carter, a police spokesman.

“However, there are people who are very recalcitrant. Those people who will blatantly challenge our joint security officers will be dealt with robustly,” he said.

Roland Weah, the commissioner of the West Point neighbourhood, where police opened fire during the Ebola outbreak to enforce a quarantine, said authorities were working closely with communities to avoid a repeat.

“We have put into place measures to ensure there is not a recurrence of that situation,” he said. “We are working as a community … providing information that corona is here, (applying) all health protocols announced by the ministry of health.”