Libya: The battle for Tripoli explained in 600 words 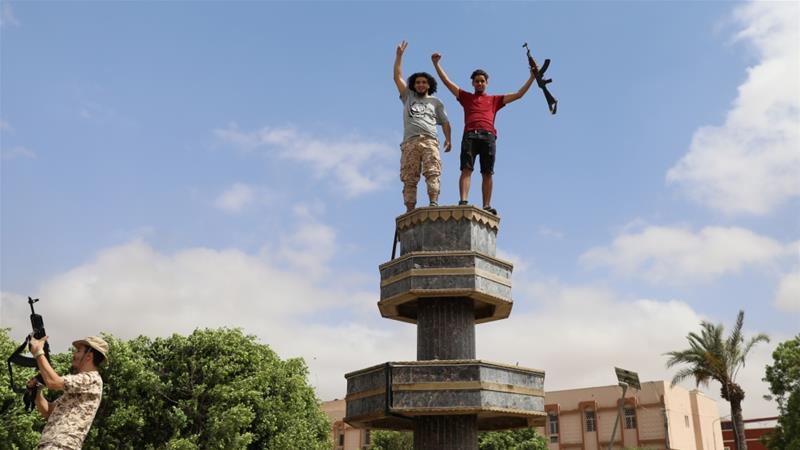 After 14 months and hundreds of lives lost, renegade military commander Khalifa Haftar’s attempt to seize Tripoli and become Libya’s ruler is effectively over.

On Friday, forces loyal to the United Nations-recognised Government of National Accord (GNA) swept through the city of Tarhuna, Haftar’s last stronghold in western Libya. It came a day after the GNA announced the recapturing of the Greater Tripoli area in its entirety.

Al Jazeera takes a quick at the collapsed offensive and what lies ahead for the oil-rich North African country.

When did the battle for Tripoli begin?

In April 2019, just days before UN-sponsored peace talks, Haftar announced a military campaign to wrest control of Tripoli, the seat of the GNA since early 2016.

In launching the offensive, the Ajdabiya native and former CIA asset said he sought to “cleanse” the capital from a government beholden to militias and “terrorists”.

But the push stalled in the face of strong resistance, with the battle lines remaining largely fixed until a series of military victories in recent weeks by the Turkish-backed GNA’s forces.

Who are the foreign actors involved?

France officially supports the GNA but has, in the past, blocked a European Union statement calling on the 76-year-old to halt his offensive.

The United States has sent mixed signals, with President Donald Trump initially praising Haftar for his role in combatting “terrorism”.

Washington, however, seems to have walked back on its initial position of ambiguity, with the US Africa command recently accusing Russia of deploying a dozen Russian fighter jets to Libya to expand “its military footprint” in Africa. 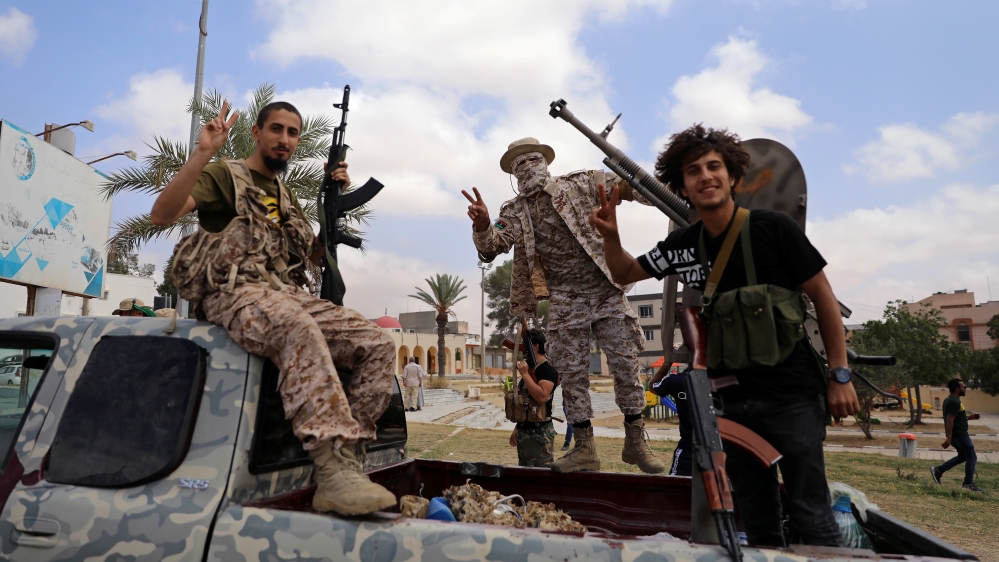 What are the foreign actors’ goals in Libya?

Turkey stepped up its intervention after signing a maritime demarcation deal with the GNA late last year to begin oil and gas exploration in the resource-abundant eastern Mediterranean.

But energy interests are not alone in shaping foreign countries’ involvement in Libya, which has been mired in turmoil since the overthrow of longtime ruler Muammar Gaddafi in 2011.

The UAE and Egypt see in Haftar a strongman capable of restoring order and stymying the spread of political Islam, particularly the Muslim Brotherhood, which they view as a threat to their domestic rule.

Russia sees Libya as an opportunity to entrench itself in a part of the world that has traditionally fallen under the West’s purview.

“The presence of Russia in southern shoreline of the Mediterranean threatens the US and NATO’s interests. It’s a dream that the USSR has always had,” said Mohammed Ali Abdallah, GNA adviser for US affairs.

Analysts say the GNA’s military gains do not mark the end of Libya’s war but a return to the status quo before the launch of the Tripoli offensive.

Russia and Turkey have engaged in a flurry of diplomatic activity to secure a ceasefire and reap dividends from their military investment.

Libyan officials from both sides of the aisle have travelled to Ankara and Moscow to discuss details of a future ceasefire agreement.

For Emadeddin Badi, a non-resident senior fellow at the Atlantic Council, this is proof of the two countries’ success in imposing themselves as indispensable interlocutors in any future peace deal.

“Tellingly, no European capital features among any of the locales visited by Libyan factions these days,” Badi said.

“The US and Europeans have worked doubly hard at sidelining themselves over the past year. France has undermined Europe by backing Haftar – and has nothing to show for it now.”