One expert has warned India only has a “short window” to work out the best way to counter the swarm, which he said posed a major threat to the nation’s food security, urging nations to pool data to give them the best chance of doing so. The swarm – the first of its kind in the city in 40 years – descended on Gurgaon, on the outskirts of New Delhi, on Saturday, with thousands of the insects settling on the terraces and roofs of homes before being swept away by high winds.

The city’s Labour and Development Minister, Gopal Rai, subsequently took to Twitter to urge district magistrates “to remain on high alert” as they scale up efforts to contain the pests.

Staff are being deployed to offer guidance on the best ways to drive the insects away, with solutions ranging from letting off fireworks, beating drums and playing music at a high volume.

In May, vast clouds of desert locusts up to four miles long crammed into India’s western state of Rajasthan from Pakistan, and swarms have since advanced into five different states hunting for food. 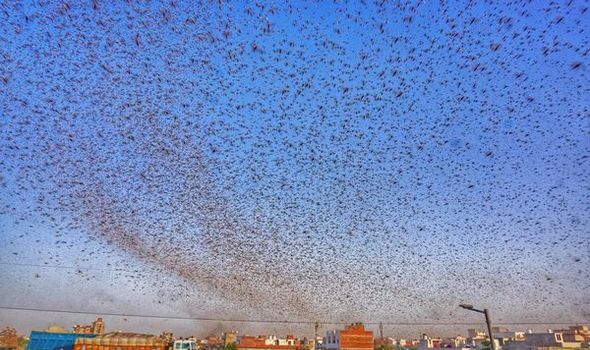 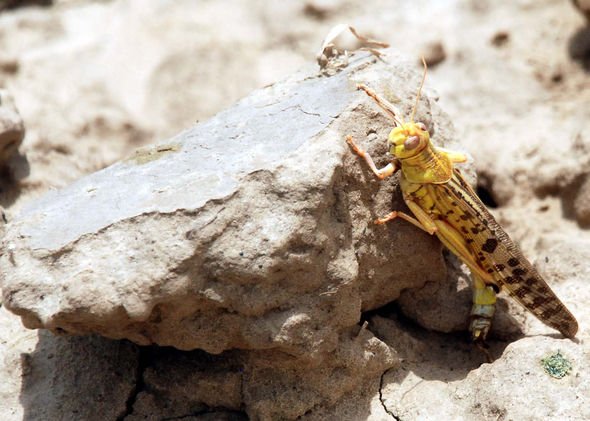 On June 20, the United Nations’ Food and Agriculture Organisation (FAO) advised India to stay on high alert because “spring-bred adult groups and swarms continue to appear along the Indo-Pakistan border, many of which have continued further east into several states of northern India because the monsoon rains have not yet arrived in Rajasthan, India”.

The desert locust’s ability to move and reproduce rapidly makes it hugely destructive.

Adult locusts can fly up to 150 kilometres a day and consume their own body weight in fresh vegetation. 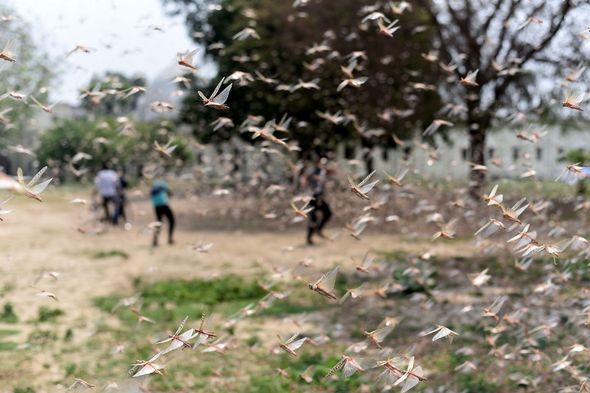 East Africa is witnessing the worst locust outbreak in decades, triggered by climate change and widespread regional conflicts, with the situation exacerbated by the pandemic.

Andre Laperriere, the Executive Director of Global Open Data for Agriculture & Nutrition (GODAN), a Non-Governmental Organisation partly funded by the Department for International Development (DfiD) said: “Amidst the current pandemic and a heatwave, India is facing another outbreak that now threatens its food security – locust infestation.

“The country now faces the worst locust outbreak in 25 years, with swarms attacking crops across the west of the country and now moving towards the central states.” 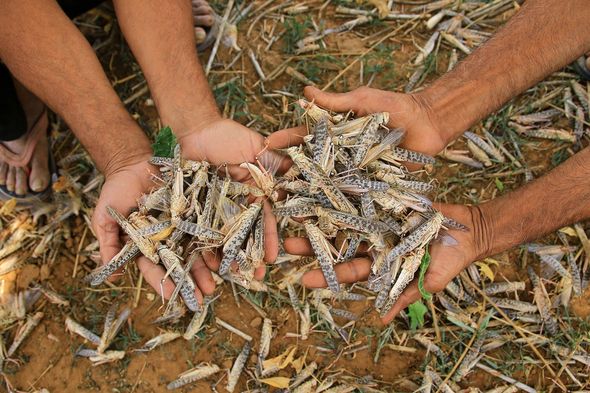 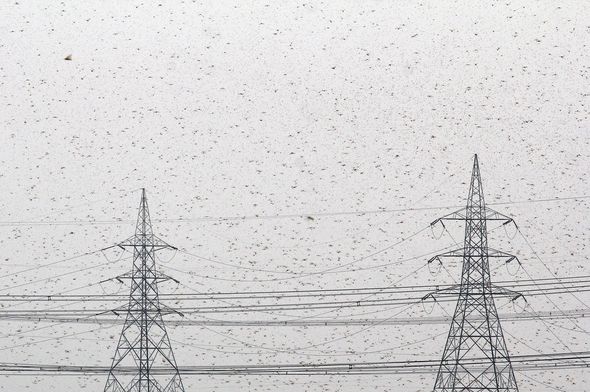 He added: “The short window for India to address the ongoing locust outbreak will mean that the government will have to identify effective methods to avoid extensive crop losses ahead of the monsoon season.

“The new wave of locusts could pave the way for more food insecurity which will leave more people at risk of starvation, in which 194 million in India are already undernourished. 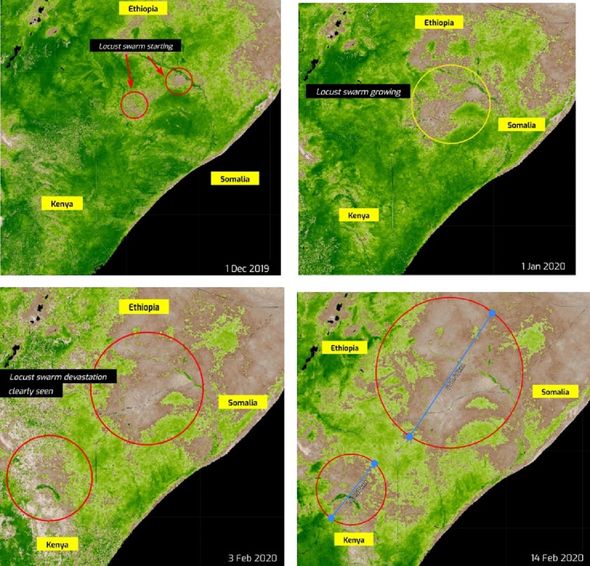 “There are additional concerns over the impact on livelihoods and the damage to the national agricultural economy.

“While it is difficult to control locust swarms, if we act early, we have a chance at preventing a swarm from being formed.

“Locust population interactions, direction of movement and scale of displacement, and the predictability of seasonal rainfall are complex calculations that require open source data and information that is transparently available for researches to effectively predict the chances of an outbreak. 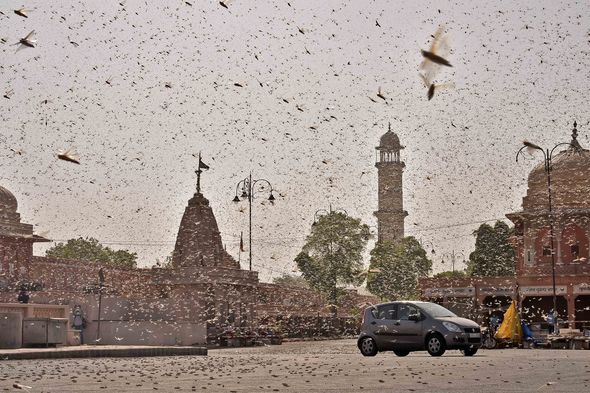 “Resource pooling and creating open source tools can help in monitoring and mitigating an outbreak.

“Data is critical to preventing an outbreak, as rainfall and environment monitoring can help map out areas to be likely affected.

“For example, soil moisture data can help predict an outbreak two to three months in advance, giving plenty of time for preparation.”