LONDON (Reuters) – The governing body in charge of London’s financial district is asking for views on whether to take down statues and other landmarks with historic links to slavery and racism, as part of its response to the Black Lives Matter movement. 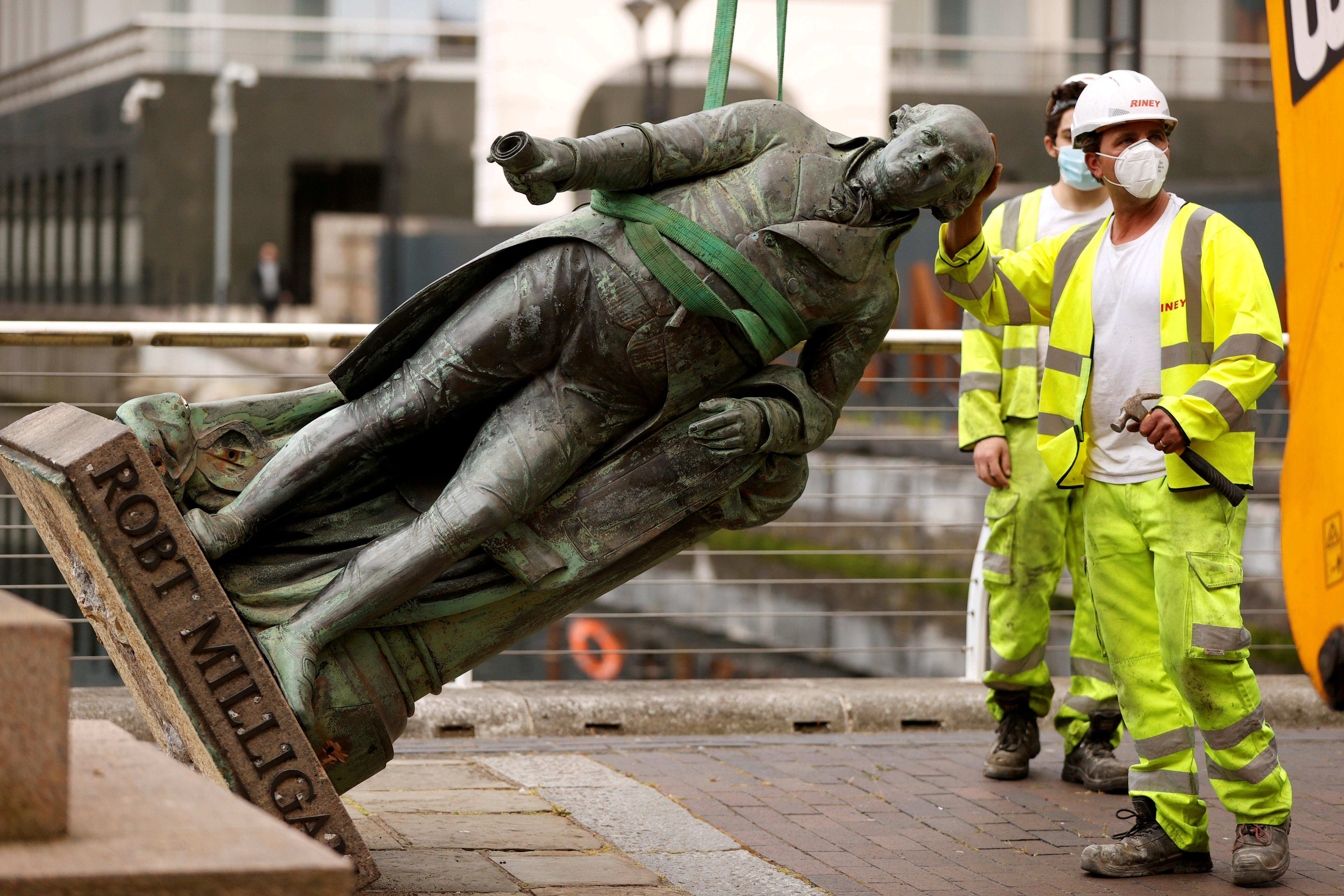 The City of London Corporation, which runs the area that is home to some of the world’s biggest banks, has launched a three-month consultation.

The memorials could be re-sited, reinterpreted or retained depending on the responses collected, Andrien Meyers, co-chair of the City’s Tackling Racism Taskforce, said. Street and building names could also be changed.

“We know that historical symbols continue to have an impact today and we want to understand how people feel about this aspect of our cultural history,” Meyers said.

Statues and memorials with links to slavery and racism have been targeted globally, with some toppled by protesters and others removed by civic authorities or property owners.

Black Lives Matter protests have forced UK authorities and companies to begin reckoning with racism and the country’s past links to slavery, which brought vast wealth in the 17th and 18th centuries.

The Lloyd’s of London insurance market and Bank of England are among City organisations that have apologised for past links to slavery.

One City statue targeted for removal by a petition in June is a huge monument to William Beckford, twice Lord Mayor of London in the 1760s and the largest slave owner of his time.

His statue stands in the Guildhall, the ornate seat of the City of London Corporation. The government rejected the petition on the grounds it was a matter for the local authority.

In June, a statue of Robert Milligan, an 18th century slave trader, was removed from outside a museum in the Docklands area of the capital.