London streets to go car-free to encourage walking and cycling

LONDON (Reuters) – Cars will be banished from miles of streets in central London to encourage more walking and cycling and help public transport cope with social distancing restrictions, the city’s mayor said on Friday. 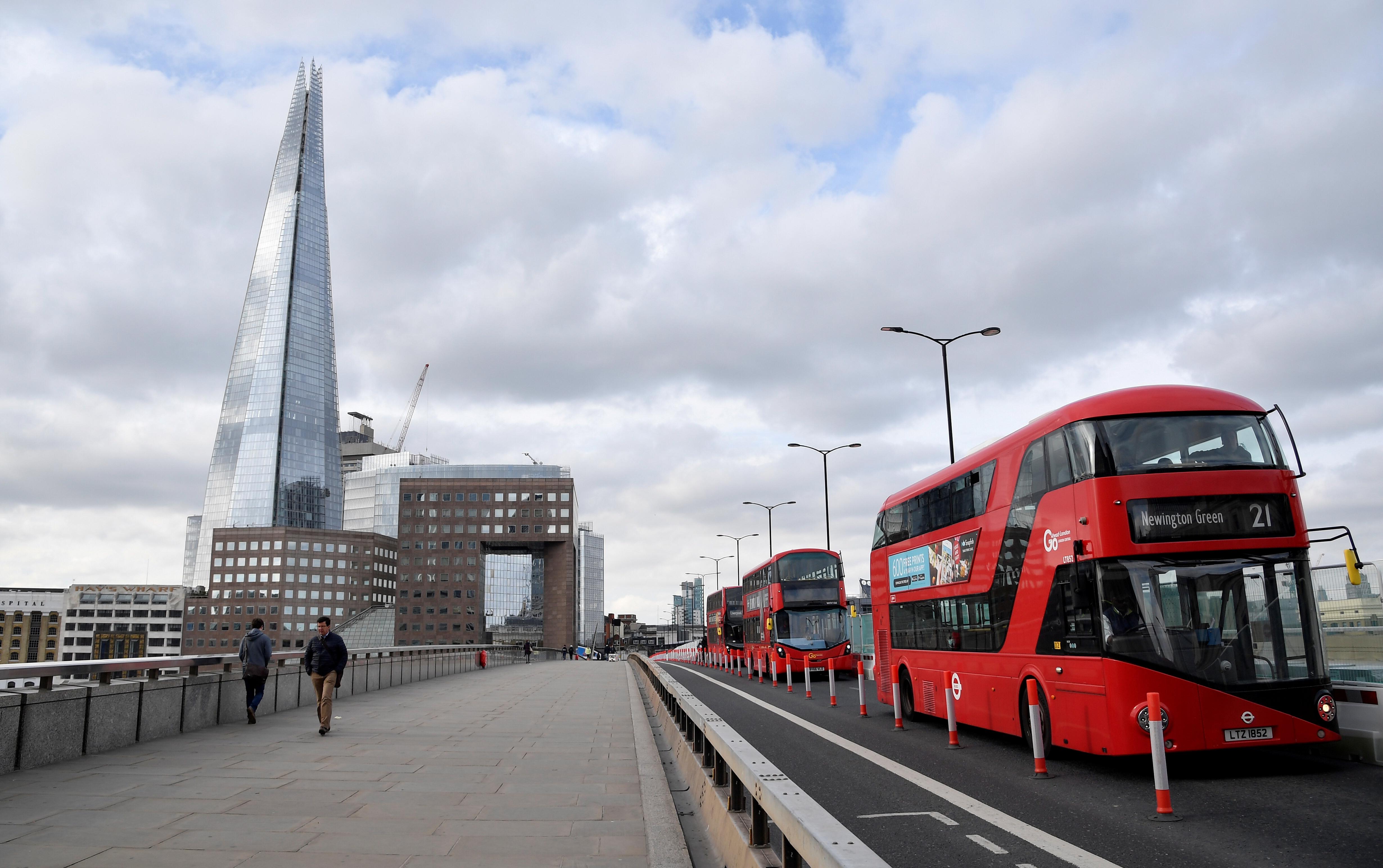 Sadiq Khan said the plan, which covers major cross-town routes, would transform parts of central London into one of the largest car-free zones in any capital city.

“It will take a monumental effort from all Londoners to maintain safe social distancing on public transport as lockdown restrictions are gradually eased.”

Passenger numbers on London’s Underground network have fallen by 95% since Britain went into lockdown in March, while the number of bus journeys has fallen by 85%.

Earlier on Friday, the transport operator said it had secured 1.6 billion pounds ($2 billion) in government funding to cover a shortfall in revenue until October.

TfL has said the requirement to maintain a two-metre distance from other people will mean buses and the tube will only be able to carry 13-15% of the normal number of passengers even when full services had been restored.

Khan said many more Londoners would therefore have to walk and cycle to keep the city moving.

Streets between London Bridge and Shoreditch, Euston and Waterloo and Old Street and Holborn may be limited to buses, pedestrians and cyclists, his office said.

Waterloo Bridge and London Bridge could also be restricted to people walking, cycling and buses only, with pavements widened to enable people to safely travel between busy railway stations and their workplaces.

London’s congestion charge, payable by vehicles driving in a central zone, and ultra low emission zone will be reintroduced on Monday, the office said.

Under the proposals, the congestion charge could increase to 15 pounds ($18.24) a day from 11.50 pounds next month and the hours of operation extended as part of a package of temporary changes, it said.