The Met Office warns to expect “above-average temperatures” which could extend to “some very warm or hot days”. Similarly, the BBC notes the possibility of “very warm” weather, including “heat waves”.

Temperatures are expected to be over the average for the time of year for at least the first half of July.

From July 5 the BBC forecasts some “cool, wet weather” for Scotland and northern England, with brighter conditions further south.

They note: “The Atlantic high is expected to send more transient high-pressure systems across the British Isles into northern Europe at times.

“These will largely linger for a few days at a time, and will usher in drier and sunnier conditions to interrupt the unsettled conditions. 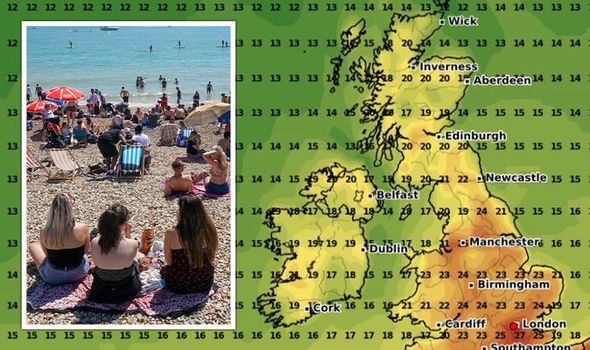 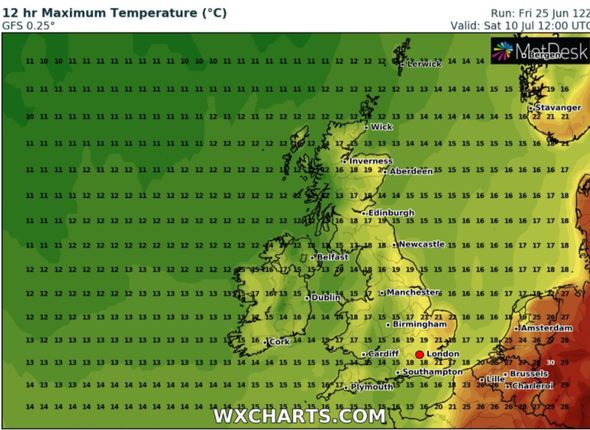 “The potential for warmth will further increase if any of these highs settle over Germany.

“The warmer, sunnier days are expected to primarily be brief spells early in July.

“These may become a bit more persistent by mid-July, particularly across England.”

According to the BBC computer models predict temperatures will rise further towards mid-July, with the potential for heat waves. 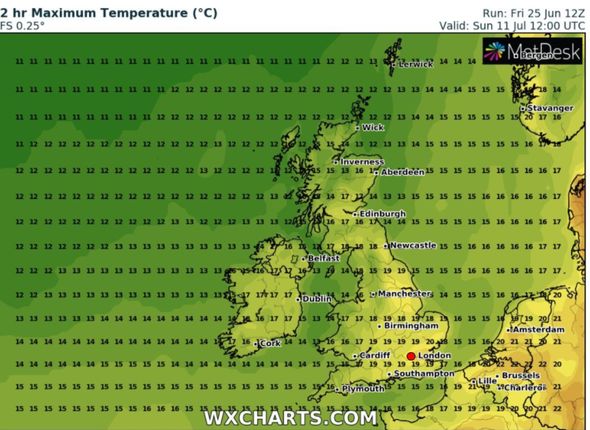 They note: “Computer models are persistent on developing a strong area of high pressure over Scandinavia by mid-July.

“This would be a very warm pattern overall and lead to a potential for heat waves.”

However the BBC forecasts adds computer models “have performed rather poorly in recent months”, and may be “a bit overinflated” with their prediction.

On Saturday, July 10 data from WXCharts predicts highs of 27C for London and parts of south-east England. 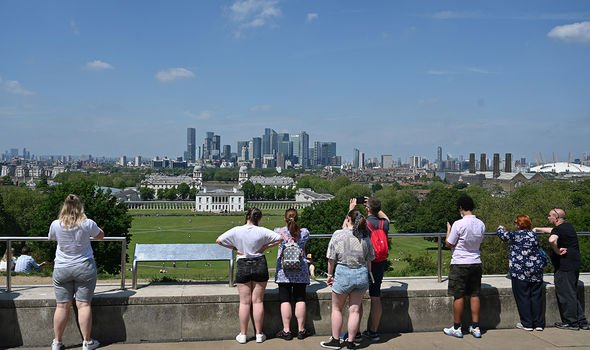 Birmingham and Manchester should also expect temperatures of 24C, whilst Inverness could see 20C.

However temperatures will be significantly cooler for more western parts of Britain.

The data shows 18C for Cornwall and 16C for the most westerly points in Wales.

The coldest temperatures, of around 12C, will hit the Orkney and Shetland islands.

However conditions are likely to have cooled by Sunday morning, with 18C expected for London.

Between 17-18C can be expected for most of south and central England early morning, with temperatures dropping by a few degrees further north. 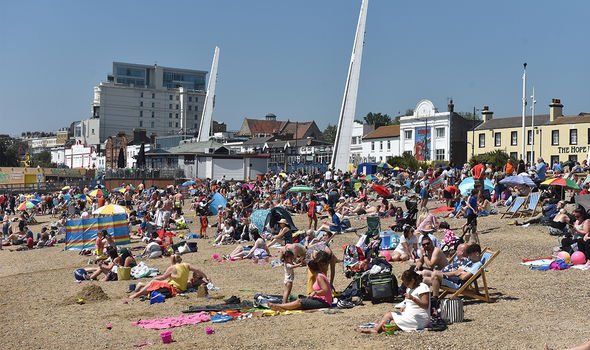 Between July 9 and 23 the Met Office notes: “General settled conditions are possible.”

“Some northwestern areas will likely see brief spells rain and cloudy conditions at times, as well as a continued risk for periods of heavy rain or thunderstorms especially across the south.

“Above-average temperatures continue to be well signalled, with the chance of some very warm or hot days to come.”