Home » World News » Macron crisis: Coronavirus sparks fury as almost half of public has ‘NO TRUST’ in plan

Macron crisis: Coronavirus sparks fury as almost half of public has ‘NO TRUST’ in plan

The number of confirmed infections in France has risen to 59,105, health officials said on Thursday, with some 6,399 patients requiring life support. The poll of 1,000 people, conducted by Kantar-onepoint for Le Figaro magazine on March 26-30, showed 47 percent of the French have “no trust” in Mr Macron’s handling of the health crisis, compared with 47 percent who do trust him. Six percent of respondents told pollsters they had no opinion.

This chimed with another poll by Odoxa-Dentsu Consulting published on Wednesday, which found that 53 percent of French people think that the Macron government is not putting enough effort into the fight against the virus.

However, the poll of 1,003 people for France Info radio and newspaper Le Figaro also found that 51 percent of the French think the country will emerge “more united” from the crisis.

The coronavirus death count in France surged to nearly 5,400 on Thursday after the health ministry began accounting for nursing home fatalities in its data.

The pandemic has now claimed the lives of 4,503 people in hospitals, up 12 percent on the previous day’s 4,032, the country’s health chief Jérôme Salomon told a daily press briefing.

But a “provisional” tally showed that the flu-like infection had killed a further 884 people in retirement homes and other care facilities since the start of the epidemic, he added.

This brings France’s true coronavirus death toll to 5,387, an increase of 1,355 over Wednesday’s cumulative total, Mr Salomon said, adding that the number of confirmed infections had risen to 59,105.

“We are in France confronting an exceptional epidemic with an unprecedented impact on public health,” he told reporters. 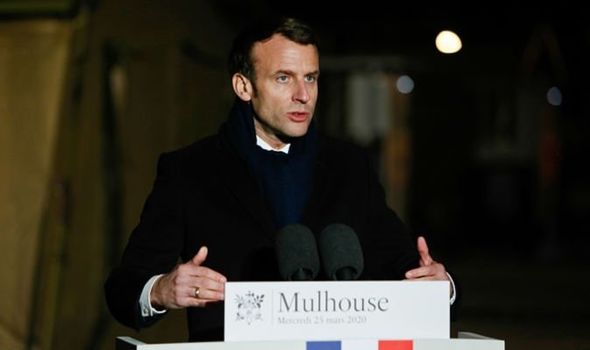 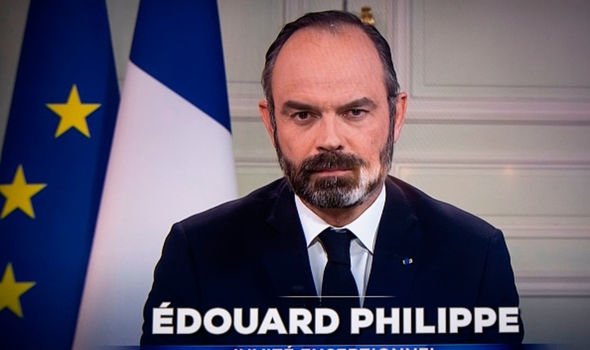 It remains unclear when the epidemic will reach its peak in France and hospitals nationwide are still scrambling to add more intensive care beds. Mr Salomon said the number of patients needing life support had risen to 6,399 from 6,017 on Wednesday.

Prime Minister Edouard Philippe, for his part, said later in the day that the government would “probably” extend the broad lockdown in place since March 17 beyond the current deadline of April 15.

“I can understand the impatience, but de-confinement is not for tomorrow morning,” Mr Philippe told France’s TF1 television.

“This is the only way for the health service to overcome the peak (of the virus),” he said, before insisting that the country’s health system was holding up amid the crisis.

“I want to tell the French that the dam is holding. And we must all act together so it continues to hold.”

The French are currently under strict stay-at-home orders, and are only allowed to go outside to buy food, go to the pharmacy, exercise alone, go to work if they cannot work from home or seek urgent medical care.