Jersey: Expert hits out at 'floundering' France in fishing row

UK Defence Journal sent out two tweets yesterday which have been met with hundreds of responses. The first of the tweets was shared alongside a fake image of one French and two British ships, with the French one being roughly half the size of the British.

It said: “We are pleased to be the first to announce that French aircraft carrier Charles de Gaulle met up with HMS Queen Elizabeth and HMS Prince of Wales yesterday.”

It was followed up by a similar picture from a different angle, again emphasising the difference in size between them.

UK Defence Journal’s tweets were instantly met with an array of responses from people thinking the images were real. 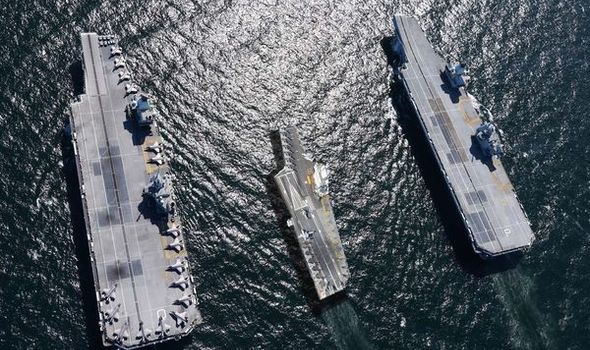 A second added: “The little one in the middle is the French one… LOL.”

Another said: “Please! Tell me the French one is the filling in the middle of the magnificent British sandwich?”

A fourth added: “CDG is 30 years older than the UK’s two new carriers though. Weird comparison.” 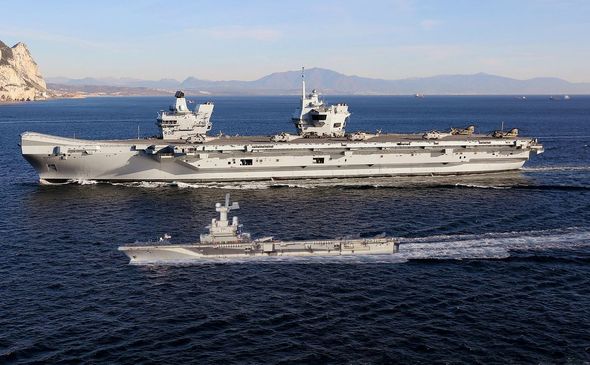 Given that the obviously edited images were missed by many, the person running the UK Defence Journal, an website focusing on British and international defence clarified the issue in a tweet earlier today.

They said: “I woke up this morning to see hundreds of people taking this seriously, it’s just a joke folks. The vessels aren’t really all that different in size.”

For some, the funniest part of the joke was that it was taken so seriously.

One said: “I’m going to retweet this post from yesterday, purely because so many people are too dumb to realise it’s a joke, and then resort to being ‘offended’ to cover their embarrassment. 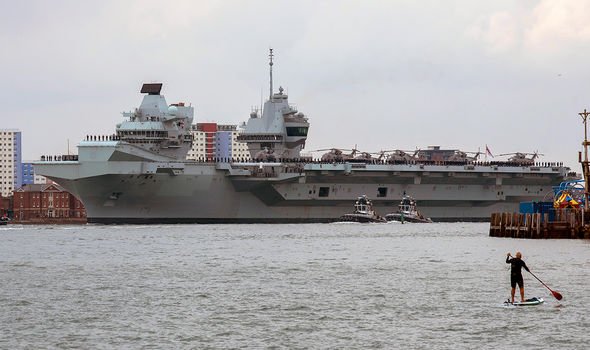 “Look at the size of the planes!”

Another said: “Love that people actually believe this. Good fun though.”

A third said: “Amazing how many people can’t spot a blatantly obvious photoshop. Suddenly makes you understand how mis/disinformation spreads so easy with such gullible people.”