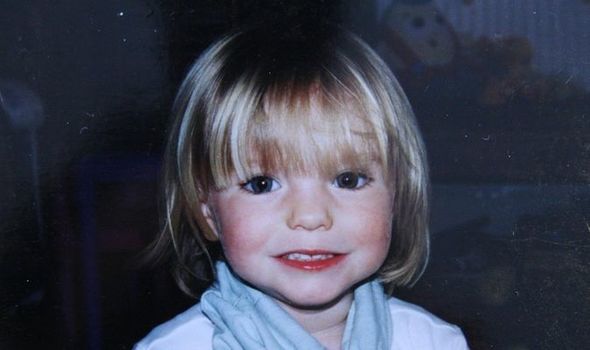 The Bruges public prosecutor’s office in Belgium said it is reviewing the investigation into the murder of German Carola Titze in the summer of 1996 and any possible connection to the suspect.

The 16-year-old girl’s mutilated body was found on a beach in the De Haan area. The convicted sex attacker would have 19 at the time. The German is currently serving a seven-year prison term in his home country for the rape of a 72-year-old American woman in Portugal in 2005 – two years before Madeleine went missing.

The little girl vanished from her family’s apartment in Praia da Luz, Portugal, on May 3 2007, while on holiday.

Yesterday, it also emerged that the family of six-year-old Rene Hasee, who went missing in Portugal in 1996, have also been contacted by police.

Rene, from Elsdorf, Germany, vanished from a beach while on holiday with his family in the Algarve. An investigation has also been opened into whether the suspect could have been involved in the disappearance of Inga Gehricke. She was aged five when she went missing in a forest in the Saxony-Anhalt region of Germany on May 2, 2015. The German federal police have been accused by the country’s media of ignoring warnings about the suspect for years.

His name was given as a possible suspect in the McCann case by the public following a broadcast of German TV’s Crimewatch equivalent in 2013. In it, Madeleine’s parents Gerry and Kate made an appeal for information in 2013. 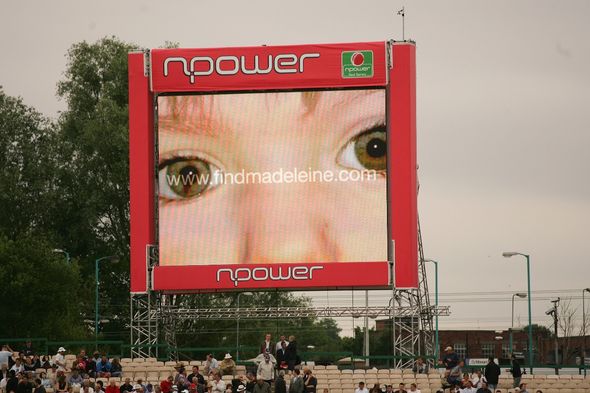 Police in Braunschweig, where the suspect had lived, made inquiries due to his criminal past but found their report was ignored when forwarded to the Federal Criminal Office, the BKA.

Christian Hoppe, a BKA investigator, said there wasn’t enough evidence to pursue it.

Portuguese police who led the first probe have also been criticised for not investigating the suspect at the outset, despite knowing he was in the area and had a history of offending.

But authorities in Portugal last week insisted that his details were among many names passed to the Met Police, who took over the probe in 2012.

Last night the Met confirmed to the Sunday Express that it had the suspect’s details for some years but had not considered him a suspect. A spokeswoman said his name was given again following an anniversary appeal in 2017 and further inquiries led to him becoming a suspect.

The source said: “We will not go into the details of what those inquiries are or what the evidence is against him. That’s to ensure that we’re are doing the best we can to protect the integrity of our investigation. 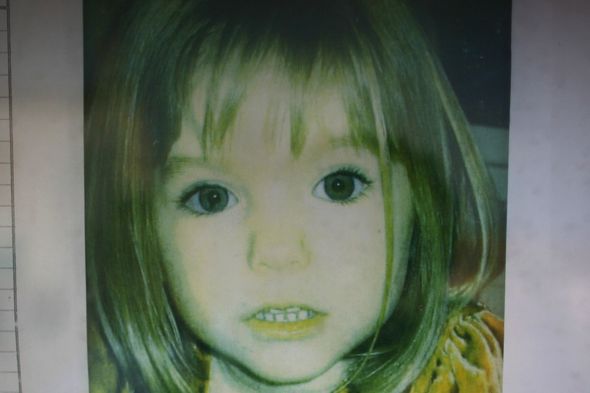 “We can confirm that the name of this man that we were provided with, we were [already] aware of within the investigation but he was not a suspect.”

She added: “We have now received just short of 400 pieces of information.

We are pleased with the amount of calls and emails coming in and we are assessing and prioritising them.”

Residents in Braunchsweig, northern Germany, confirmed that the suspect had been working in a shop in the city.

“He was giving them presents nearly every day and it went on for a couple of years. At the time I thought nothing of it and just thought he was a friendly man.”

Peter, who worked at the school until 2016, said he was sorry for not reporting him.

He added: “I regret not being more suspicious. It is gut-wrenching and I am disgusted by what I read about him.” There is no suggestion that the suspect abused any pupils.

Another resident, Norbert, who did not want to give his surname, moved into the suspect’s former base shortly after he moved out.

He said: “He sometimes let children work behind the cash register. There was rubbish everywhere. He was an animal. He held parties here all night and neighbours complained to the police.”

The itinerant suspect had a long history of offending and was thrown out of his adopted home because of his criminal behaviour.

His parents had taken him as a baby into their family but sent him to live in a home after his father was injured in a crash and could no longer discipline him.

The suspect was eventually arrested in 2018 in Milan before being sent to Germany to stand trial for the 2005 rape.

His record contains a total of 17 entries, including a conviction for the sexual abuse of a child in 1994 when he was 17, and a 2016 conviction for abusing another child and possession of child sex abuse images.

He lived in the Algarve between 1995 and 2007, and funded his lifestyle by committing petty crimes. His mobile phone was in Praia da Luz and someone called it for around an hour shortly before Madeleine, three, was last seen.